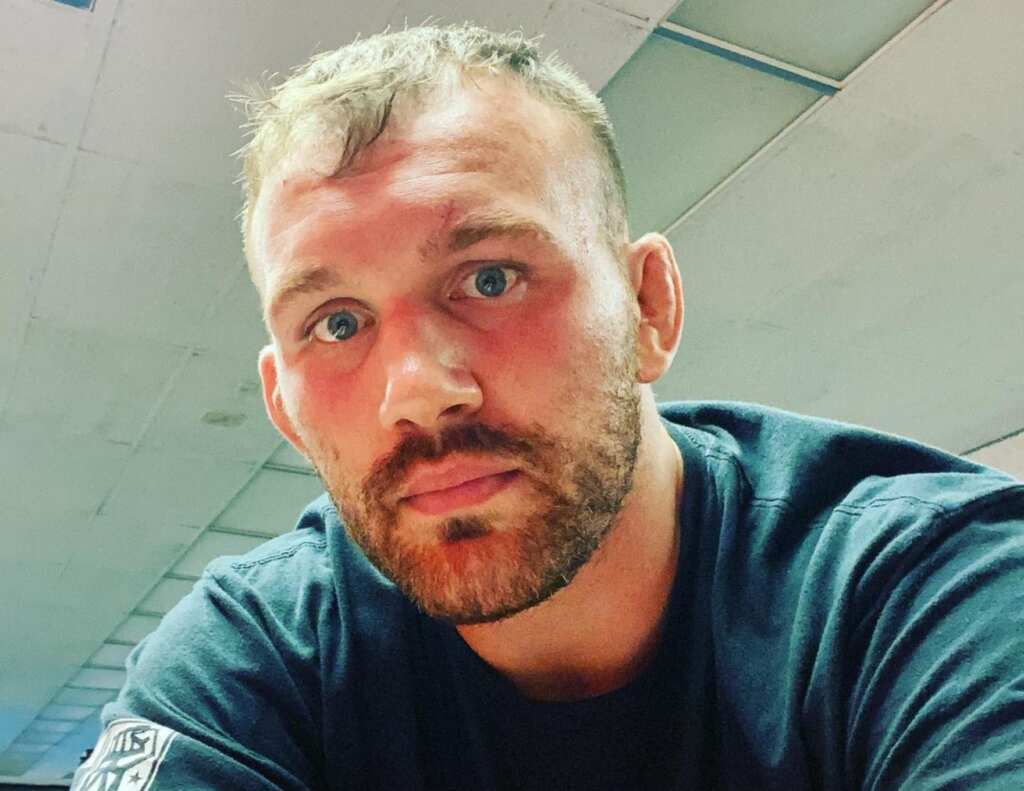 Jared Vanderaa is a professional Mixed Martial Arts (MMA) fighter nicknamed The Mountain. He holds a record of a pro-MMA record of 11 wins, 5 defeat, 0 draws. His recent fight was with Sergey Spivak, on February 20, 2021, in Las Vegas, Nevada.

Jared Michael Vanderaa was born on 12 May 1992 in Richland, Washington, USA. Although he was born there, he lives in Hemet, California.

Jared is engaged and set to marry Lauren Silva, a professional barber, and cosmetologist. They already have a daughter named Ava Vanderaa.

Jared Vanderaa began training for MMA in February 2010. He is now a professional Mixed Martial Arts fighter and he represents Team Quest – Portland in the heavyweight division at UFC (Ultimate Fighting Championship). His weight is 265 lbs and his height is about 6 feet and 4 inches. His official Wikipedia page is yet to be created.

He has competed and won against other athletes such as Harry Hunsucker in the Dana White’s Contender Series on 5 November 2020. And lost the fight to Sergey Spivak, on February 20, 2021, in Las Vegas, Nevada.

The average income of an MMA fighter is $138,250 according to themmaguru.com.