Let’s look at the biography of Ray Emodi, an award-winning Nigerian actor, writer, model, and musician who was born in Enugu State, Nigeria. Ray Emodi is one of the big names in the Nigerian movie industry, Nollywood. One of the movies he starred was endorsed by the former Senate President of Nigeria, Bukola Saraki.

Ray Emodi was born in Enugu and always had a passion for acting. He spent most of the time alone as his brothers and sisters left for boarding school, but that was the time he spent harnessing his acting skills. Ray Emodi is the son of Joy Emodi, the first female Senator in Nigeria, who represented the Anambra North constituency of Anambra state. Before Ray keyed full time into acting, he studied Business Management and International Strategic Enterprises at Nottingham Trent University and obtained a degree. While pursuing his first degree in Nottingham, Emodi acted in three films to satisfy his longings for performing. Ray Emodi moved to California to fully enhance his acting career and he also obtained a degree in acting at the New York Film Academy. 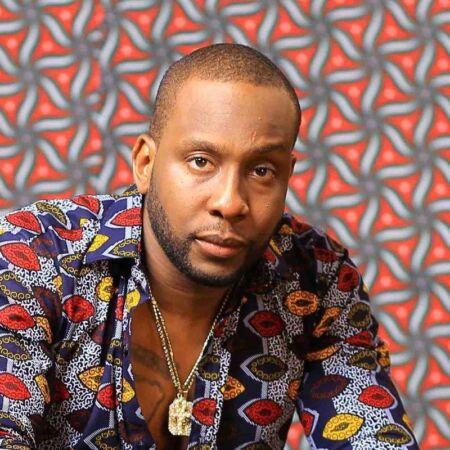 Ray Emodi is a handsome man and tall with a height of 6 ft 4 inches. He came to limelight for his lead role in the 2018 movie “Heaven on My Mind” a Nigerian drama starring top actors and actresses, talking of the likes of Ini Edo, Uche Jombo, Mercy Aigbe, Chika Chukwu, Femi Adebayo, and Adenu Adebo. Ray Emodi also starred in some popular award-winning Nigerian movies such as “Trophy Wife” and ” A Daughter’s Dilemma”. Emodi had won a series of awards since the onset of his career including “Revelation of the Year award” at the City People Movie Award. Also, Ray Emodi had received numerous nominations such as, “Best New Actor of the Year” and “Best Upcoming Actor of the Year” in 2018 in the City People Movie Award.

Aside from acting, Emodi is also a musician just as we earlier stated. He has released a couple of singles. However, his debut single titled “Night Time” was released in 2016 which featured a fast-rising act, Ouma as produced by Austin Fig. His latest single is “Give her Ring” featuring Shakar El.

Ray Emodi is popularly known for other Nigerian based movies such as,

Ray Emodi, a musician, writer, and actor has won a series of awards and made some bars off shows, acting, and music sales. His net worth is an estimated $10 million.