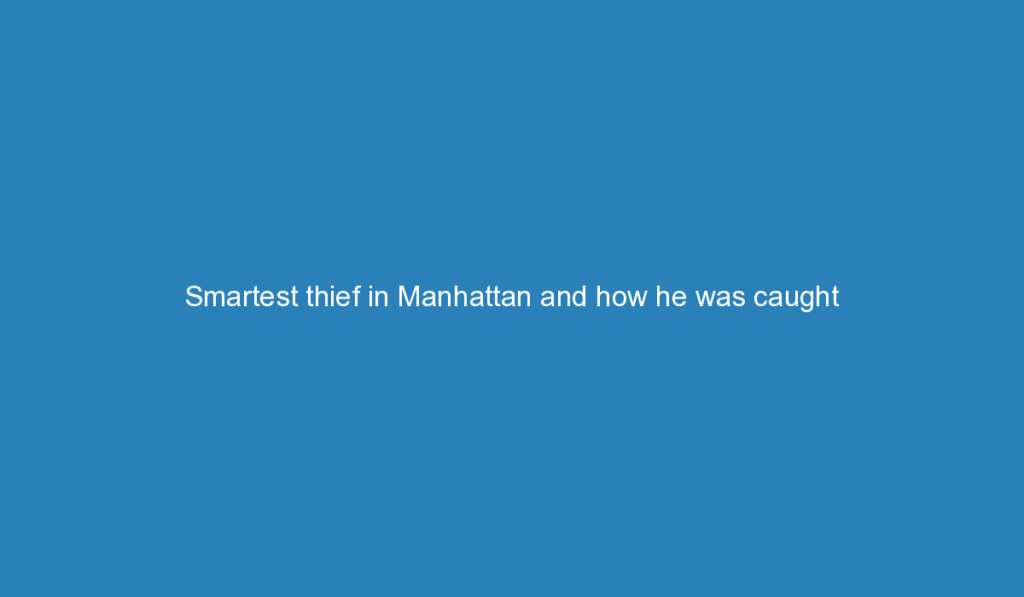 As a police officer, who is the smartest thief you have ever encountered? This was the question was asked in Quora which got lots of response for various verified police personnel. But we single-handedly picked out the most insane police story which could undoubtedly prove the smartest thief in Manhattan.

It was a report by Jim Williams who works at the New York City Police Department and it reads below.

We once had a burglar who would cut a little corner of a plate glass window with a glass cutter, pop it out set off the alarm and walk away and hide close by. After the cops would respond and inspect the building, seeing that it was secure they would clear the call. The burglar would then return and break in and burglarize the store, because the alarm would not go off again. This was in the early 90’s He was doing this all over Manhattan. I put two uniforms on patrol in an unmarked car and we got hit!! I realized who it was and told the unmarked to stay nearby and observe… sure enough he came back We waited till he was inside and then moved in and locked him up. We closed out 68 burglaries in all off Manhattan and put him out of business he pled guilty and was sentenced to 10–15 yrs he was a predicate felon