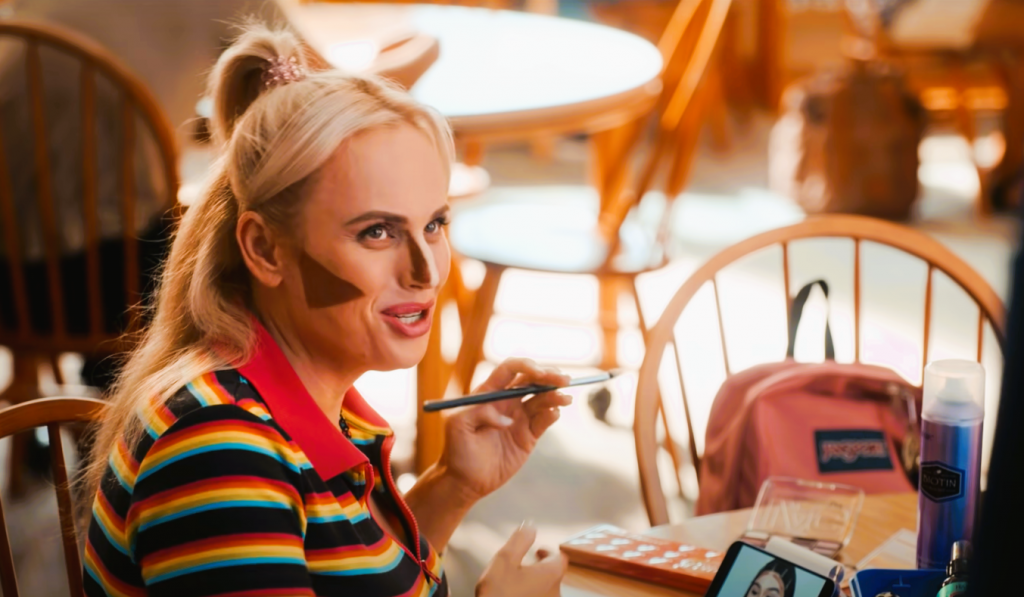 Why does Rebel Wilson want to be a prom queen so severely? In the comedic/musical movie titled Senior Year, we see a tale of a lady whose earnest desire is to restore the culture that was lost gone, so that she can satisfy her long-life dream. Senior Year was released on May 13, 2022, in the United States.

This watch is a prom story told in an entirely different way. I mean, who misses prom and gets to attend it 20 years after? Senior Year (2022), an American comedy film directed by Alex Hardcastle, describes the life of a young Australian immigrant Stephanie Conway (Angourie Rice), who, after moving into the U.S. on her 14th birthday, and getting looked down on by Tiffany Blanchette (Ana Yi Plug) desperately wants to become one of the cool kids and feel among in high school.

Stephanie goes out of her way to change her narrative and become the cheer captain, the hottest girl in Harding high school, and date the school’s hottest boy Blain Balbo (Justin Hartley). She lives with her widowed father and is still friends with Martha Reiser (Molly Brown) and Seth Novacekik (Zaire Adams), who secretly has a massive crush on her.

Stephanie hopes to be like her role model Deana Russo, an alumna and former prom queen of her High School who got married and lives an expensive life. Things go well for a while, and preparations for the 12th graders’ prom are underway; not until a cheerleader’s performance does a stunt go completely wrong, owing to Tiffany’s machinations. The fall sent young Stephanie into a coma that lasted for two decades.

What is impressive is that she wakes to the voice of her high school sweetheart Blaine Balbo advertising cars for the new graduates. 37-year-old Steph (now Rebel Wilson, featured in The Hustle) is faced with the disheartening fact that she has aged and quickly gets briefed on the happenings in the past years.

She determines to go back to High School, get her diploma and subsequently win the crown and title of Prom Queen. You know, to her, High School was just like yesterday. However, Martha Reiser had become the Principal and cheer captain of Harding High School and Seth, the Librarians, much to the dismay of Steph. Slowly, Steph works her way through high school amidst the criticism and somehow gets Bri, Tiffany and Blaine’s daughter, who has many followers on social media, to reinstate the abolished Prom king and queen title.

Soon, the big night arrives. Seth goes to the party with Steph but is hurt when he sees Blaina attempt to kiss her. Bri’s boyfriend Lance becomes the Prom King, and Bri, who was supposed to win the crown, backed out before the results were announced. Steph’s dreams come true as she is announced prom queen and given a chance to dance to “Power of Love by Celine Dion” with Lance. Her after-party went south when Tiffany called the Police to report it as an illegal party.
Steph meets Deanna Russo, her Lyft Driver at the moment, who shares her personal trials and urges her to focus on the bigger picture. Before leaving for the graduation ceremony, she apologizes to her followers. She attends the ceremony, wins an award for excellence, and then kisses Seth on the stage, where they all do the final dance.