Who is Reekado Banks wife and what is his Net Worth 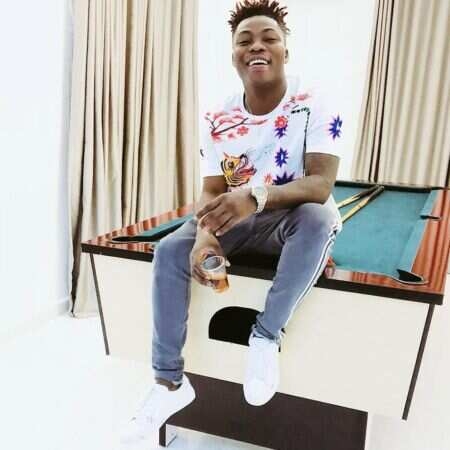 Reekado Banks whose real name Ayoleyi Hanniel Solomon was born on 6th December 1993. His father is a Pastor, his mother is a caterer, his older sister is a gospel singer, and his older brother, Temi Solomon is his manager. Over the years of his music journey, he has proven to be a unique singer with a different approach to music. He released a 5-track EP album titled “Off the Record” on 22nd September 2020 ahead of a full album which he is not yet ready due to the “weather” of the music industry. His “Off the Record” EP is coming a month after he appeared in Skibiis’ music single, “Banger”.

The Nigerian singer and songwriter who runs Banks Music record label had his debut studio album, Spotlight released on 1 September 2016. The album debuted at number 10 on the Billboard World Albums chart. He left Mavin Records in 2014 due to his contract expiry and established his record label, Banks Music record label in 2018. Reekado Banks was declared Rookie of the Year at The Headies 2014, and he won the Next Rated award at The Headies 2015, but not without controversies. He won the Revelation of the Year award during the Top Naija Music Award in 2015. His music video for his single “Katapot” was crowned “Video of the Year” during the Headies award in the same year.

Reekado began his music career in 2008 after he left secondary school. He later moved on to the University of Lagos (UNILAG) to study History and Strategic Studies – he graduated in 2014. Mavin Records boss, Don Jazzy picked interest in Reekado Banks after a contest. He later signed him into the Mavin record label in 2014, along with Korede Bello and Dija.

Who is the wife of this talented musical artist, Reekado Banks?

The truth is, Reekado Banks is not married at the moment, but he has been in and out of several relationships in search of his heartthrob. He once dated Emem, a 20-year-old student studying medicine in the Dominican Republic, a few years ago but the relationship didn’t lead to the altar.

Other results concerning his wife that you may come across over search results on google will return Amy Demure Solomon as Reekado Banks’s wife, but that is wrong. Amy Demure Solomon is the wife of Reekado Banks’ brother, Temi Solomon who happens to be his manager too. Ignore the false results and stick to the fact here, Reekado Banks is not married yet. From the look of things, the 26-year-old artist (2020) doesn’t have marriage in the scope.

How much is Reekado Banks Net Worth in 2020?

In July 2015, Reekado landed an endorsement deal with Nigerian telecommunications company Globacom. He has an impressive net worth that earns him a spot in the top richest musicians in Nigeria. His net worth in 2020 is about $2million.

He charges more than N700,000 for his performances per show and most of the income goes into keeping his record label running, maintaining his luxury, cars, and houses. His latest release, “Options” which featured Parker Ighile, a British music producer, has over 500k views on Youtube alone.