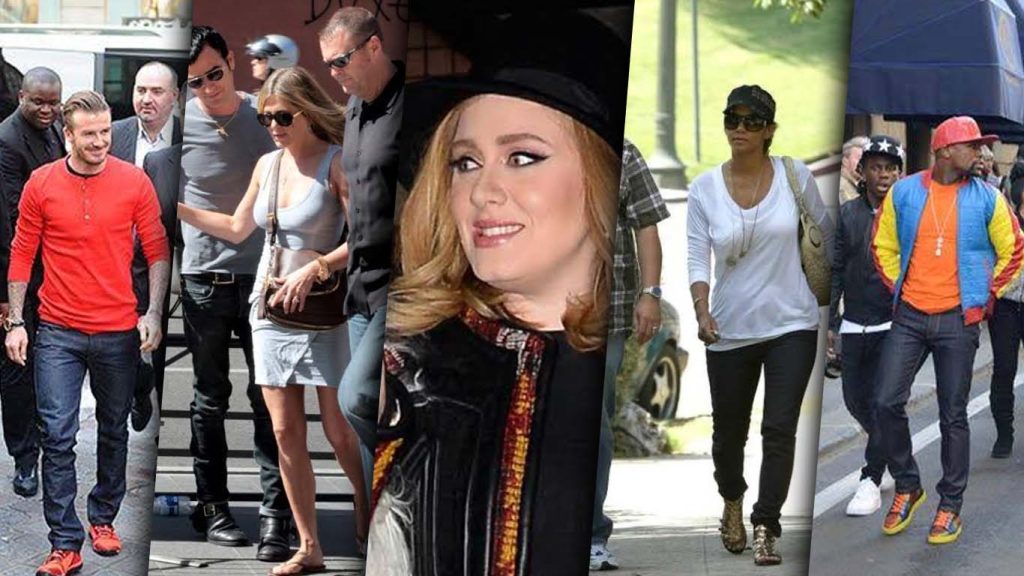 Imagine meeting your favorite Hollywood celebrity, what would you do? Of course, you’d want to run up close for an autograph, a selfie, a handshake, or anything else you can imagine. Now imagine a scenario where hundreds of fans like yourself swarmed around that celebrity.

You’d probably stampede them to their death. In the same vein, rivals may attempt a kidnapping or an assassination. As such, it’s easily justifiable why these celebrities have to spend so much money on security and bodyguards.

However, you must understand that not just anyone will pass for a bodyguard. Similarly, certain bodyguards are more expensive than others due to the skills they possess. In today’s post, we’ll discuss the top 7 Hollywood’s most expensive and exclusive bodyguards. So, let’s move.

Jennifer Aniston is a popular American and Hollywood celebrity who rose to fame following her presence in the popular series, Friends. In this series, running for 10 seasons and 236 episodes, Aniston stars as Rachel Green.

Following numerous encounters with fans that could have spun out of control, she hired Sheldon as her bodyguard in 2013. Just in case you’re one of the many Hollywood fans who thinks her bodyguard, Sheldon, looks too familiar, here’s why: he’s been a bodyguard to many other Hollywood celebrities in the past. So you may have seen the guy’s face once or twice.
Some celebrities Sheldon has worked with include Julia Roberts, Katie Holmes, and Robert Pattinson. With about 300 million dollars in net worth, Aniston spends a whopping $20,000 on her bodyguard monthly. This amounts to $240,000 yearly.

Many people claim that the popular singer’s bodyguard is a younger Hugh Jackman. Well, the resemblance is undeniable, especially when he allows his facial hair to grow. Among several other reasons, Katy Perry’s staggering net worth of $330 million and the birth of her first child in 2020 are top-perceived reasons behind her recent security upgrade.

Katy Perry’s bodyguard is said to be the richest bodyguard in the world as Katy parts with $350,000 annually on security. As you should expect, Hugh Jackman’s lookalike of a bodyguard receives a fair share of the amount. Also, he follows Katy wherever she goes.

The football star and his wife, Victoria, have a combined net worth of $900 million. Furthermore, they both own companies that are worth about $80 million. David’s wife, Victoria Beckham, is a pop star and also a fashion designer.

So, you know this power couple has a huge amount of dough rolling under their sleeves for obvious reasons. Of course, they have a huge chunk of their fortune going into their personal bodyguards and the security at each of their properties.

Their annual budget for security costs more than $1 million and you can only imagine what these bodyguards take home.

So, we’re now talking about one of the most down-to-earth music stars you’ll meet, Adele. However, she’s richer than you could ever imagine, with a net worth of $220 million. Her bodyguard formerly worked as Lady Gaga’s security agent and goes by the name Pete Van Der Veen.

Adele spends about $75,000 annually on security. Pete also has a strong reputation to his name as an outstanding security personnel.

The 24-year-old Kardashian-Jenner blood has a mind-blowing net worth of over $900 million. A huge part of this fortune, about $4.8 million, is her yearly bodyguard cost. Just in case you’re trying to figure out how she generates such wealth, Kylie Cosmetics is to blame.

Kylie Cosmetics is an online cosmetics company owned by Kylie Jenner. Moreover, Kylie is a sister to the famous Kim Kardashian. Also, Kylie Jenner boasts several high-profile dates and is also a big brand on Instagram.

The famous ex-girlfriend of Alex Rodriguez, Jennifer Lopez has a dumbfounding net worth of over $290 million. Her ex-fiancé, Alex, also known as A-rod, is an American businessman and philanthropist. He’s also a third baseman and a former baseball shortstop.

Alex also ranks fourth in all-time top home runs. The filthy rich singer and actress, Jennifer, has a team of hefty bodyguards to help ward off potential threats as well as fans. To keep her security intact, Jennifer Lopez allocates about $500,000 annually as bodyguard bills.

Halle Berry is an Oscar award winner and a top model. Furthermore, Halle boasts a net worth of $90 million. The Hollywood model has been in the spotlight since the 90s. So, she’s no stranger to the embarrassing moments that can happen around fans. Fans requesting an autograph or pictures are no new events for her.

As such, she has hired numerous bodyguards over the years. Of course, you’ll hardly see her making a public appearance without one or two bodyguards by her. Halle Berry spends about $300,000 yearly as charges for her bodyguards.

You can’t be talking about the most expensive bodyguards in the world without mentioning those guarding Floyd Mayweather Jr, the fastest boxer of his time. The boxing champion has a net worth of over $450 million and some of the most expensive jewelry in existence.

Mayweather Jr has a team of bodyguards also known as the “Money Team”. For their loyalty, the boxing champion spends $750,000 annually as costs for his bodyguards. They also enjoy additional benefits, including Mercedes Benz cars and Rolex watches.

There you go with the world’s top bodyguards who go home with the biggest bucks. Just in case you’re disappointed at not learning their actual names, sorry about that. So you know, you can think of these bodyguards as secret agents who have their personal information kept away from the public for obvious security reasons.
So, you’ll probably get to learn more about them from classified sources. We also thought you might be interested in knowing the celebrity who has the biggest bodyguard in the world. Floyd Mayweather Jr takes that position with one giant of a bodyguard.