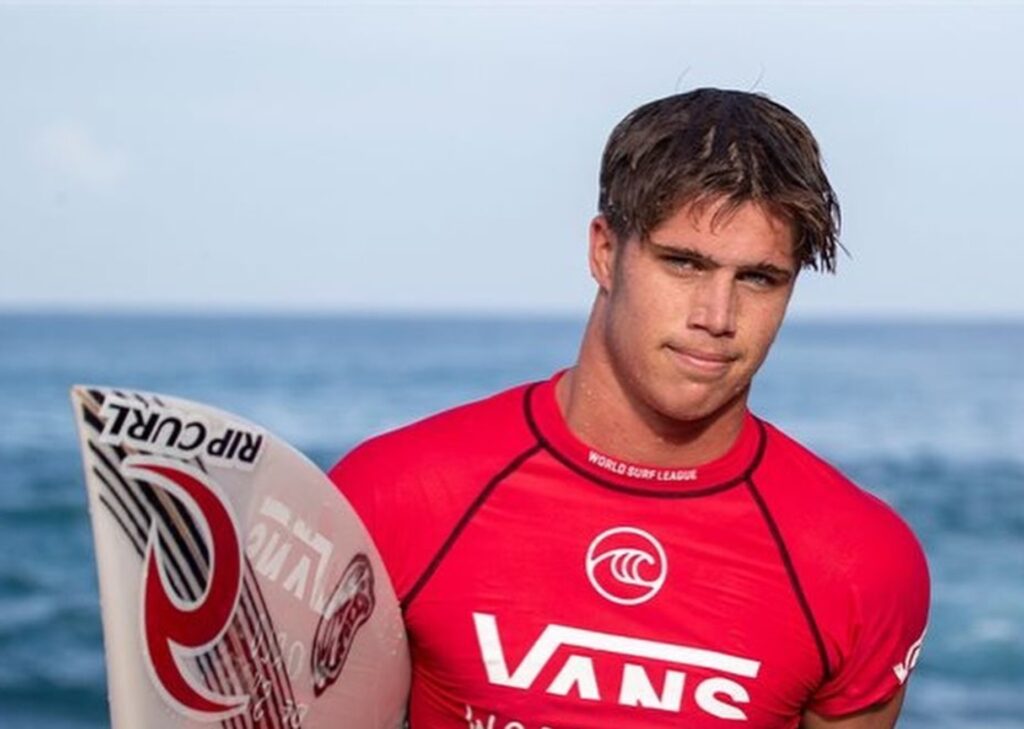 Morgan Cibilic is a popular Australian surfer. He is ranked amongst the top 32 surfers globally and described as a promising star in the sports. Morgan is set to feature in the World Surfers League Championship Tour (WSL CT) 2021.

In this post, I will be writing about Morgan Cibilic biography, age, career, net worth, birthday, ranking, education, and other facts about him. First, let’s look at his profile.

Morgan Cibilic was born on 18 October 1999 in Merewether, New South Wales, Australia. He grew up in New South Wales and has been a fan of boardriding sports since his childhood.

Morgan Cibilic is not open with his relationship life as there is no report of him dating anyone in the media. He chose to keep his family and personal relationship off of the media.

Morgan Cibilic spent time surfing the hubs of Angourie and Merewether before he started surfing professionally. He began at the 2015 Men’s Junior Tour ranking 63rd in 2015 and 9th in 2017.

Morgan Cibilic has a track record of success during his nascent period in surfing and has maintained a steady growth in rankings. He astonished judges in a competition in Hawaii and followed it up with another in European leg where came out amongst the top 100 during his first appearance on the competition. He is ranked 5th in the Men’s Championship Tour 2021. Below is a breakdown of his performances.

Morgan Cibilic is one of the most popular young surfers in Australia, but his net worth has not been estimated. He earns a handsome amount from his competition and salary as an athlete.