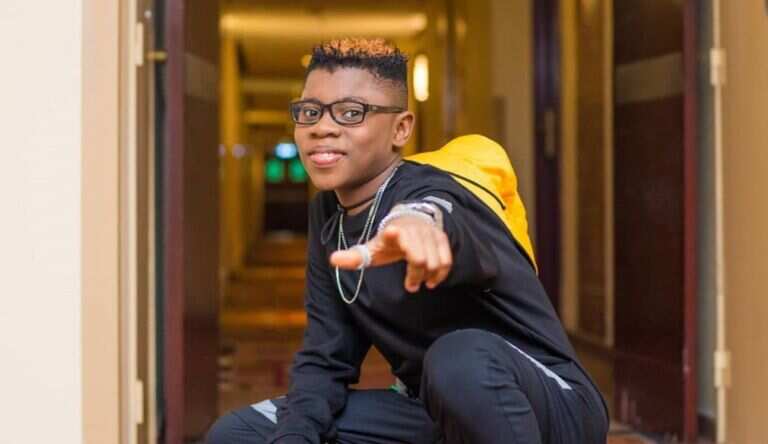 Who is Ozzy Bosco?

Ozzy Bosco is a musician, actor, and philanthropist. He began his professional music career in Nigeria at the very early age of 4. His music career took off from the stage of the “Nigeria Kids Got Talent” competition in Lagos. He won the talent show and that gave him a booster into starting a music career. Just like Micheal Jackson and Justin Bieber, Ozzy Bosco is Nigeria’s kid musician with international potential.

Ozzy Bosco goes by these names, OzzyBee and OzzyBosco Wonderkid, but his real name is Oziomachukwu Favour Mojekwu.

Ozzy Bosco is also the youngest entertainer to receive two chieftaincy titles and a royal honor by a Monarch in Igbo land. More details on the title below. He has performed before high profile citizens in Nigeria and outside Nigeria.

Ozzy Bosco has featured top icons in the Nigerian music industry including Olamide, Teni, Ruggedman, Zlatan Ibile, and Flavour N’abania. In this post, we will be writing about the updated Ozzy Bosco biography, age, career, net worth, songs, and phone number. First, let’s look at his profile.

Ozzy Bosco was born Oziomachukwu Favour Mojekwu on 7 January 2007 in Lagos. His supportive parents, Mr. Mojekwu and Mrs. Nonye Mojekwu have been the guys who sponsored his music acts when he began.

Ozzy Bosco hails from Anambra State, a state predominated by the Igbos and located in the Southeastern part of Nigeria. He had his primary education at Chrisland Schools in Lagos and Secondary Education at Babcock University. He is currently at the university level.

Ozzy Bosco started singing in 2011 when he was 4 years old. His first appearance was at Nigerian Kids Got Talent event in Muson Centre, Lagos. At the age of 4, he beat other kids in the competition and went home with the grand prize. His victory at the talent show served as a springboard for the talented young musician.

In 2016, Ozzy Bosco represented Nigeria at the 2016 edition of Britain Got Talent in Manchester, England. In 2017, he was the only child panelist at the 2017 Pan African Humanitarian Summit in Dar Salam, Tanzania. His keynote presentation in Tanzania earned him a warm welcome by the Nigerian High Commissioner to Tanzania at the Nigerian embassy.

Ozzy Bosco launched his first album titled “Journey of Life” on 6 October 2019. The album launch took place at Sheraton Lagos Hotel, Ikeja, Nigeria. His debut album launch was attended by the Ooni of Ife, Oba Enitan Adeyeye Ogunwusi, Ojaja II as the Royal Father of the day. Also, notably present during the album launch were the likes of;

In 2018, he performed during the 55th Ofala Festival celebration on 28th December 2018. During the historic traditional occasion, he released a song titled Egwu Ofala. Attending the occasion was the likes of the current Governor of Ebonyi State, Engr. Dave Umahi, Dr. Ifeanyi Uba, Chief Cletus Ibeto, and Hon. Chris Azubuogu.

Ozzy Bosco also performed during the 2nd Inauguration Ceremony of the re-elected Governor of Ebonyi State, David Umahi, on 16 March 2019.

OzzyBee has featured top artist in the Nigeria music industry including;

In January 2021, OzzyBee released a song titled “Omah Baby” to mark his 14th birthday, he also featured Teni Apata in the track.

Throughout his career as a musician, Ozzy Bosco has been given several recognitions and has won the following awards;

He was bestowed the Royal Honour the 55th Ofala Festival celebration on 28th December 2018.

Ozzzy Bosco is described as one of the richest kid musicians in Nigeria. His net worth is an estimated $150,000.

As a means of giving back to society, he runs a charity Organization, Ozzy Bosco Smile Foundation.