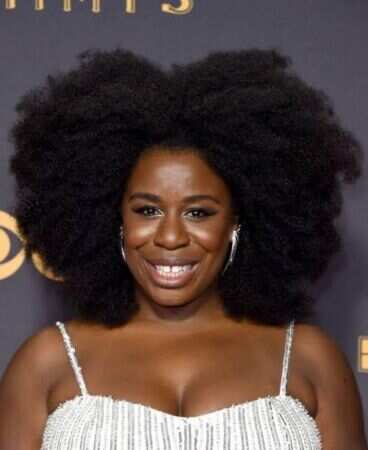 If you’re a Nigerian, you’d know how much pride we have in our people. Yes, we may banter all we want to ourselves but outside, we claim our own strongly too. Generally, Nigerians are known around the world both for the good, the bad, and the ugly. But let’s just focus on the good, shall we? Who are the 10 international stars you didn’t know were of Nigerian descent?

Nigerians can be found everywhere in the world due to various families settling in foreign countries. Some from a young age and others who are a lot older. This had made Nigerians a household name wherever you find yourself.

Here’s my list of the 10 international stars you didn’t know were of Nigerian descent.

Uzoamaka Nwanneka Aduba is a household name from many projects she has been on. One of those being “Orange Is the New Black” which she plays Suzanne “Crazy Eyes” Warren. She is of Nigerian descent and her name gives her way for being Igbo. She is one of the most remarkable actresses out there of Nigerian descent. Have you seen a role she played yet?

She was born in Boston, Massachusetts but her parents are originally Nigerian. She has also won a lot of awards for her roles such as an Emmy for outstanding support actress in a drama series in the year 2015. She also won 2 screen actors guild awards for outstanding performance by a female actor in a comedy series and we can’t help but be highly proud of her.

A lot of people know John Boyega from his Star Wars days but he has a lot more than that. Such as Attack the block and half of a yellow sun. He was born John Adedayo Bamidele Adegboyega on the 17th of March 1992. He was also born in London but doesn’t shy away from his Nigerian roots.

He has a lot of movies to his name and also takes pride in Nigerian cultures and the Nigerian way of life. He also visits the country from time to time. John Boyega is someone we all love to see and can’t get enough of, on and off-screen.

Skepta became a popular name to a lot of Nigerians when he featured Wizkid on the hot track, Energy. A lot of people were pleased to know he was Nigerian too and we can’t help but love one of the best Grime rappers the UK has to offer and claim him as our own.

The British born has the birth name of Joseph Junior Adenuga and comes from Ogun state in Nigeria. Do you know Skepta was given a chieftain year title “Amuludun of Odo-Aje” in the year 2018? Now you know.

My favorite music to this day from Rotimi is Love Riddim and yes, from his name you can tell he’s Nigerian. He was born in Maplewood, New Jersey, and as you guess, to Nigerian parents. His father is Yoruba while his mother is Igbo.

He was born in 1988 and his birth name is Olurotimi Akinosho. He is quite popular both in and out of the country and not just as a singer but also as an actor. You should check him out in the movie “Deuces” or the popular TV series “power” where he plays Andre Coleman. He is also a frequent visitor to Nigeria.

The classic man himself, Jidenna, makes the list of 10 international celebrities you didn’t know were of Nigerian descent. That’s right, Jidenna is easily one of the most stylish celebrities out there and you can’t help but love his aura.

He was born Jidenna Theodore Mobisson, a singer, songwriter, and rapper. He was born in the United States in the year 1985. He rose to fame in the year 2015 after releasing a national favorite, “Classic Man”. We hope to see and Jidenna in so many years to come.

If you were an avid listener of rap in the early 2000s, then you should know who Chamillionaire is. His real name is Hakeem Seriki and was born on the 28th of November 1979 in Houston Texas. The American rapper’s father is originally from Lagos and that’s why he makes the list. I absolutely love me some Chamillionaire.

Wale is someone you can’t help but love and he loves us too so yay. He was born Olubowale Victor Akintimehin and that’s right, to Nigerian patents. However, he grew up in the United States of America.

Wale is unarguable one of the best rappers out there today and we see him and appreciate all the effort he puts in.

The actor and comedian must have been born British, but he has a Nigerian father and that makes him one of us. He is an actor and writer who has won several awards for his theater plays in the UK and we can’t be any prouder.

Born Donald Faison Adeosun, he is an American actor and comedian and just as you guessed, his parents are Yoruba from Nigeria. You might know him from his minor role in the classic “Clueless” it as Dr. Chris Turk in the popular ABC drama “scrubs”. And yes, he is the elder brother of Olamide Faison, the actor.

Born Nasir bin Olu Dara Jones on the 14th of September, 1973, for some unknown reason, a lot of people miss out on the fact that Nas is Nigerian. He is also an investor and an associate publisher of mass appeal. His father is a jazz musician and is of Yoruba descent. Did you know in 2006, Nas was ranked fifth on the MTV’s greatest MCs of all time? Well, now you know.

Here are 10 International Stars You Didn’t Know Were of Nigerian Descent. Which surprised you the most?