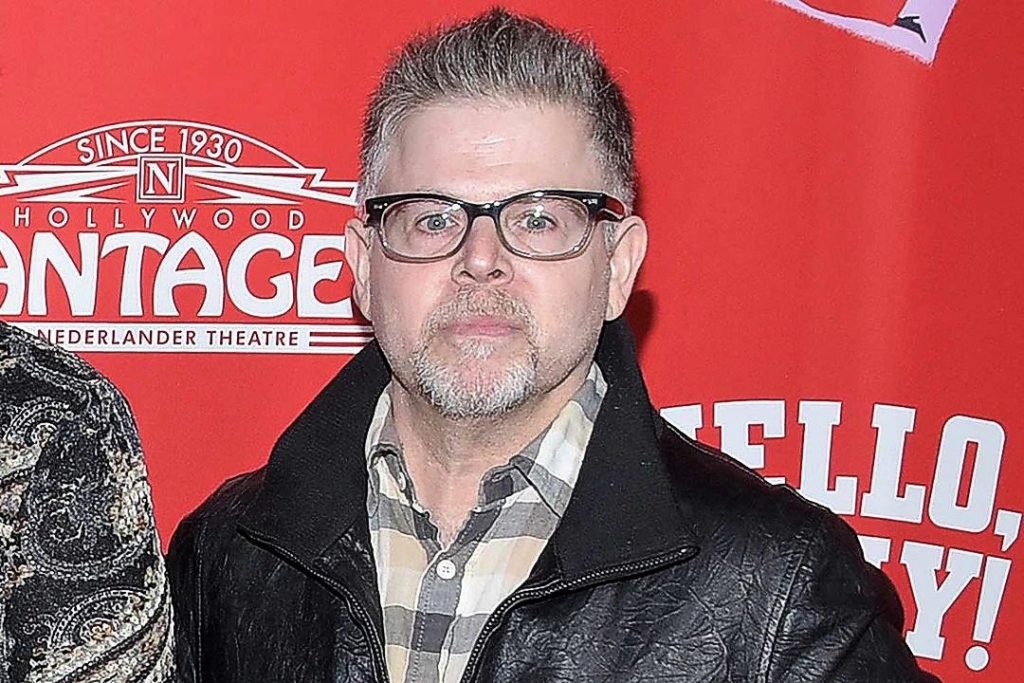 Who is Adam Rich?

Adam Rich is a popular American film and television series actor and media personality. He is widely known for playing the role of Nicholas Bradford in the high-grossing comedy and drama TV series, “Eight Is Enough (1977),” airing on ABC network between March 15, 1977, and May 23, 1981. Starting his career as a child actor in 1976 at eight, Adam was known for his pageboy haircut, which many parents immediately copied for their son’s hair. He was popular during the 80s for his roles in sitcoms.

He got the nickname “America’s little brother” because of his role and performance in the comforting show about a family of eight children that aired on ABC network for about five seasons, “Eight Is Enough (1977).” Adam Rich is also known for “Dungeons & Dragons (1983),” where he played the voice role of the character Presto, the Magician, between 1983 and 1985, appearing in about 27 episodes. He starred as the main character, Danny Blake, in 13 episodes of the highly-rated TV series, “Code Red (1981).” Before we continue, let’s take a quick look at his profile.

Adam Rich was born on 12th October 1968, in Brooklyn, New York, in the United States of America. He was 54 years old at the time of his death — his zodiac sign is Libra. He was raised by his American middle-income-earners parents, Francine Rich and Rob Rich. Although he was born in Brooklyn, New York, his family relocated to Granada Hills, Los Angeles, California, where he (Adam) and his younger brother, Wayne Rich, spent their formative years.

Growing up, Rich and his family also lived in Florida for a while, during which he developed an interest in sporting activities, learning how to act at the local gym. Around those years, Adam cherished and was active in sporting activities such as football, baseball, bicycle riding, swimming, and skateboarding. He also developed an interest in drawing but didn’t pursue a career either.

A Brooklyn, New York native, Adam Rich holds American citizenship by birth. He is classified under the White-American ethnic group but has an ancestry traced back to the Jewish people. He has a pair of aesthetic blue eyes, a white skin color, and short dark brown hair.

Looking at his physique and parameters, Adam stood about five feet five inches tall, estimated to be either 165 centimeters or 1.6 meters. He weighed 165 pounds, equivalent to 75 kilograms.

For his education, Rich attended a local school in Brooklyn for his Elementary School. Later, he enrolled at Chatsworth Grammar School for his high school education but dropped out in 1986 at seventeen, going eighteen due to (alleged) drug addiction. According to sources Kevin Spacey, Mare Winningham, and Val Kilmer, only a few are some of the now-successful figures that attended Chatsworth Grammar School.

Adam Rich Suffered from Drug Addiction as a Young Adult

Looking at his life while he was younger, Adam Rich suffered from severe addiction and abuse of hard drugs and was said to have been in drug rehabilitation at least three times in his lifetime. In 1984, when he was barely fourteen years old, he tried smoking Marijuana and dropped out of high school in 1986 at 17 and 18. And because of his drug addiction and abuse, he nearly died of a valium overdose in 1989 at 21.

According to sources, he was arrested in 1991 at 23 for smashing a pharmacy window and was charged with an “attempted burglary of a pharmacy” count. However, his former TV father, Dick Van Patten, bailed him. Then in 1996, rumor mongers claimed that he had been murdered, more than likely, because of his habits and addictions. However, a report published in the local San Francisco-based magazine, “Might,” with Rich’s consent, debunked the rumors. A few years after the media hoax, one of Might’s writers, Dave Eggers, included the incident in his memoir, “A Heartbreaking Work of Staggering Genius.” Among other things that happened while Rich explored his early life was his purported arrest for driving under the influence (DUI).

Adam Rich started his career in the American film industry in 1976 at eight. He made his debut film appearance with the 1976 TV series, “The Six Million Dollar Man,” where he played the role of Bob in the Episode: “A Bionic Christmas Carol.” At the same age, he won the role of Nicholas Bradford for the 1977 blockbuster TV series, “Eight is Enough.”
Rich, in 1977, played the role of the character Donnie Collins in the television film, “The City.” As it was, he started gaining media attention soon after making appearances on the ABC comedy and drama series, “Eight is Enough.” He made guest appearances on popular television films, “The Love Boat, Fantasy Island, CHiPs, The Six Million Dollar Man, Baywatch, and St. Elsewhere.”
During his career, Adam Rich appeared in TV commercials for “Betty Crocker Snackin’ Cake” and later in Nabisco’s “Wheatsworth crackers.” Otherwise, he is also known for being one of the voice actors of the cartoon series, Dungeons & Dragons, which he voiced along with Eight Is Enough co-star Willie Aames. More so, Rich also made appearances in the 1983 sitcom, “Gun Shy,” which aired on CBS, and Irwin Allen’s short-lived 1981 TV series, “Code Red,” which aired on ABC network.

While his career lasted for more than four decades and a half, Rich was able to star in over a hundred movies and TV series. Arranged in no particular order of release, these are Adam Rich’s movies;

Adam Rich neither wanted to be a celebrity nor did he aim to be in the spotlight. According to him while he was in his prime, Rich said in part, thus;

Adam sspeaking about his celebrity status and perspective about fame.

From 2003 until his death, Adam managed to keep his professional life away from the prying media eyes.

Adam Rich died on Sunday, January 7, 2023, in his Los Angeles home. His family members confirmed the news to newsmen but did not reveal the cause of his death. While no foul play is suspected, sources say an investigation is currently ongoing.

Saddened by the news of his death and paying him a tribute a few hours after his death was confirmed, Adam’s “Eight is Enough” TV show mom, Betty Buckley (American actress and singer), born Betty Lynn Buckley on July 3, 1947, wrote on Facebook & Instagram posts, thus;

“Adam Rich was a light and my young pal for the four seasons I was blessed to work with him on “Eight Is Enough”. I adored him and loved working with him in our scenes together on the show. He was so sweet, funny, fresh and natural. He brought a lot of joy to all of us on the show and to our audiences. Adam and I have remained friends all of these years. His love and support have always meant a lot to me. I am shocked by the news I received this morning of his death. Sending my love and deepest condolences to his friends and family. In recent years Adam dedicated himself to providing inspiration for others with mental and emotional illness. I will miss him greatly. ❤️❤️💔 These are some of my favorite photos with him.”

Adam Rich’s Eight is Enough TV mom, actress Betty Buckley, in a tribute to him.

“What a beautiful tribute from his TV Mom Betty Buckley! People tend to think the entertainment world can be cold and distant. Her post shows you how a family is formed on a tv set, in the theatre or on a movie. I love each of the familes(sic) I have worked with over the years. Though we are not always close we share a bond! xo Peace!”

Alison Arngrim and Mary McDonough are some of Adam Rich’s colleagues that have paid him tribute at the time. Born Mary Elizabeth McDonough (born May 4, 1961), and sometimes credited as Mary Beth McDonough, Mary (American actress and writer) wrote in full;

“Sad news about(sic) of(sic) our own today. Rest in peace Adam Rich. We lost you too soon. This photo was posted on my feed this AM. We are all on a ski trip together. I think Melissa and I are doing the rabbit ears. We have a special bond as kid actors. We all went through so much growing up in front of the world. It’s a special experience and one only we can understand parts of. I am saddened to hear this news. I hope you are flying with the angels, Adam.”

Mary McDonough in a tribute to Adam Rich.

Actress Alison Arngrim in her tribute to Adam wrote,

“Oh dear. Adam Rich died. No word about what happened yet. This was a sweet kid who’d had really big problems, but had totally turned his life around. I worked with him on a “Survivor” parody on the Tonight Show back in 2001. He was definitely going through a rough time back then, and actually went to rehab in the middle of the whole thing. But it eventually worked out for him and he was doing really well. But you know, early trauma can take a toll on a person’s physical health over the years. So there’s just no telling at this point what got to the poor guy. Only 54.”

Actress Alison Arngrim in a tribute to Adam Rich.

Upon his death, Adam Rich had an estimated net worth of about $1 million. He earned his net worth from his career in the entertainment industry. Although Adam was a kind-hearted lad who engaged his fans and supporters on his Twitter account, he has never shared any details about his romantic life, so whether or not he is married or has a child(ren) is unknown.

The one-time People’s Choice Award for Favorite Young TV Performer award nominee, Adam Rich, joined Twitter under the username @TheeAdamRich in March 2009. Before his death on January 7, 2023, Adam had accumulated about 19.2k thousand followers and has since tweeted and retweeted about 17.4k thousand tweets.

Since you are still here, please tell me what you think about Adam Rich’s personality. Is he one of your favorite movie stars? Which of his movies is your favorite? Tell me all about it in the comments section.