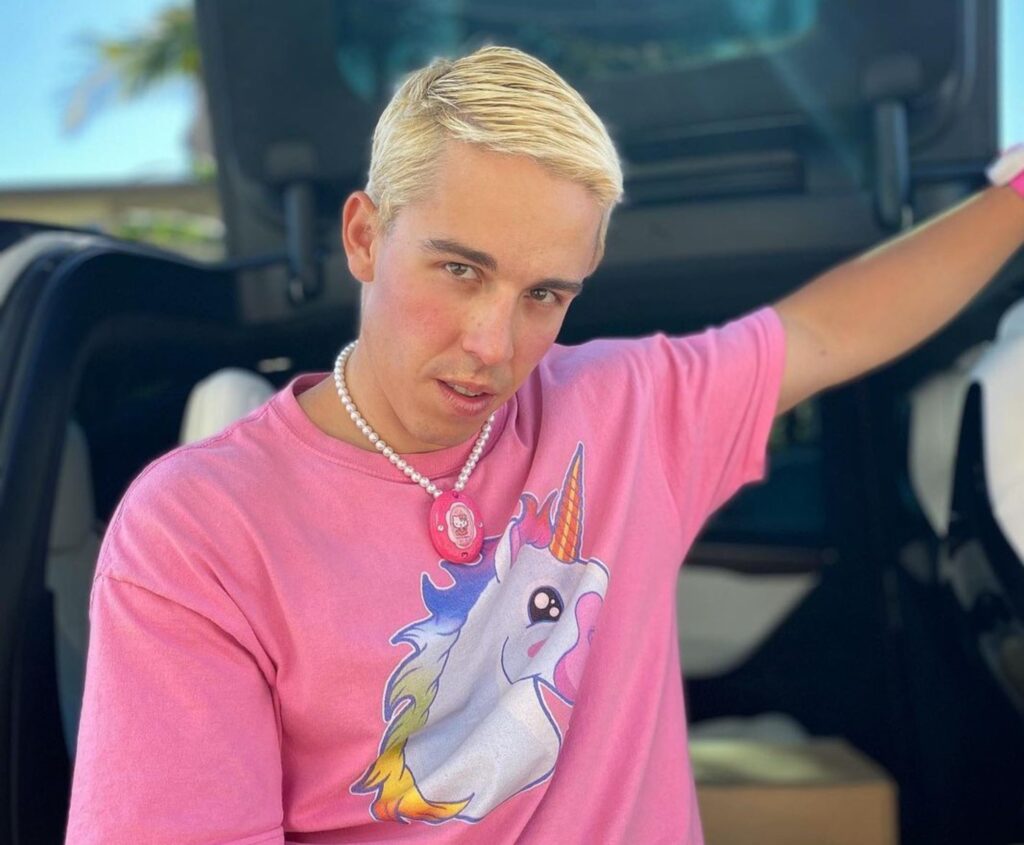 Who is Candy Ken?

Candy Ken is an Austrian rapper, model, TikTok content creator, and artist known for his use of Hello Kitty and Japanese Kawaii. Candy ken uses the color pink and he is best known for the songs like, Say my Name, I am Who I am, and Basic Bitches.

In this article, I would be writing about Candy Ken’s biography, age, nationality, girlfriend, net worth, and other facts about him. First, let’s take a look at his profile below.

Jacob Kasimir Hellrigi, popularly known as Candy Ken, is a rapper born on 27th, June 1992 in Bregenz, Austria. He moved to Berlin to study Photography at Lette-Verein College. He did not complete his college however, he later attended Wenatchee High School in Washington for a year, and it was here that he met Isabella, and Payton, his friends who inspired him to become a musician.

Candy Ken started the reality show Welcome To CandyLand on YouTube in 2014 and the show was produced by Lets Go Radio. The series later became an award-winning film at the Austrian Short film festival Alpinale in 2015. Before becoming a celebrity musician, he started sharing his music. His first EP, Welcome to Candyland was released independently in 2014 while his second EP, Candy Ken Paradise was released exactly one year after the release of the first one and was produced by DJ Smokera, and distributed by Spinup.

Candy released his third studio album in 2016 and ten out of the twelve songs in the album were done in collaboration with Gigi Tags in addition to music, he started a modeling career in 2015 after he was discovered by Nicola Formechetti a Diesel Brand creative Designer. Candy made the runway appearance at Berlin’s alternate Fashion Week and he has also modeled for top magazines like VMAN, Paper, Vogue, and Dazed.

Candy Ken is married to Baby J, a TikTok star and they have been dating ever since 2019. The couple got married in October 2020 and are expecting their child named Lil Bling Bling. There is no information on Candy’s previous relationship or marriage.

Candy Ken is estimated to be worth $2 million with his earnings coming from YouTube, TikTok, Modeling, and sales of his songs.