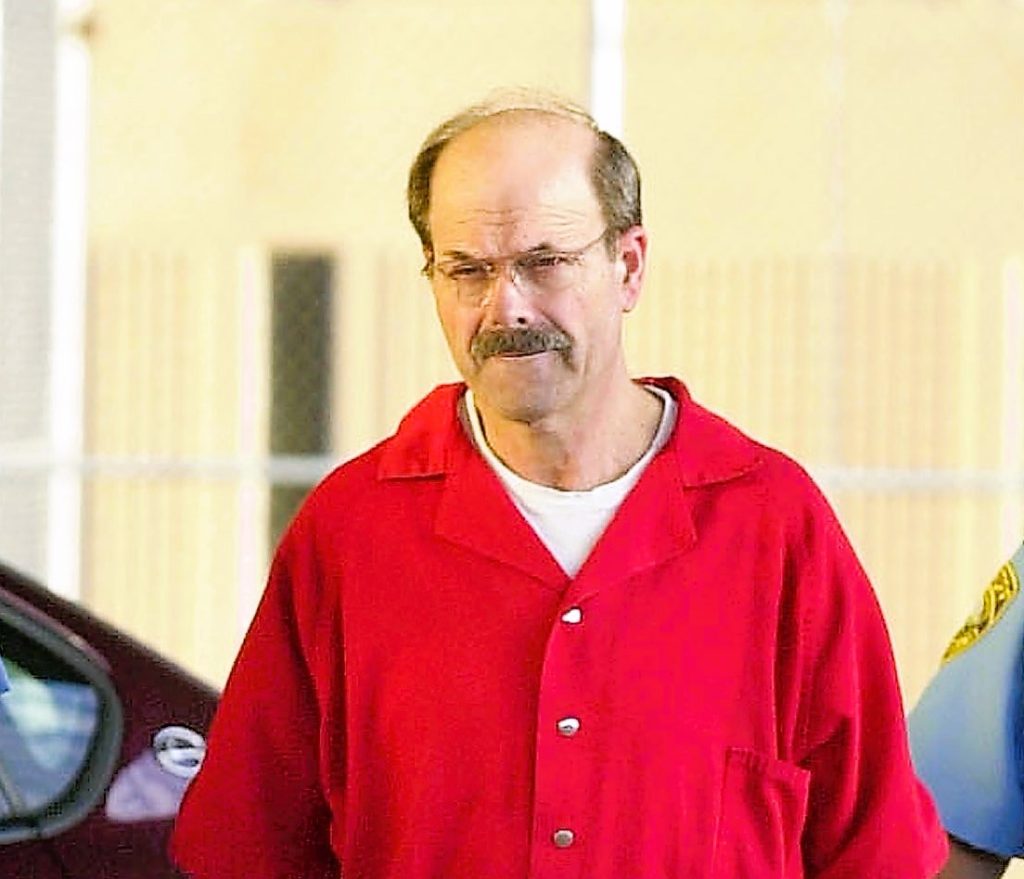 It is almost impossible that a church council president will turn out to be the killer of 10 persons in his locale. Sadly, that is the story of Mr. Dennis Lynn Rader, a serial killer who killed ten people in and around Wichita, Kansas, between 1974 and 1991. He was brutal; he sent details of his murder to the police so they could give him some credit for this crime; it was a shock even to the cops. Dennis was a security alarm installer for people in his neighborhood, a job that gave him insider details on homeowner’s whereabouts. He lived with his family at 6220 Independence in Park City until his arrest and their house was auctioned for $90,000 in March 2007.

You may wonder, did Denni have a wife or even children – well, the answer to that is Yes. He has a wife, who divorced him in 2005 when he was convicted. He has two children, Brian Rader, who has stayed mute since the tragic story of his father, and Kerri Rader, who now goes by Kerri Rawson after her marriage to Darian Rawson in 1999.

Dennis put his family in an uncomfortable position; he lived a double life – he openly stated that his family was a pawn in his game. So what is Dennis’s story? Before we get into that, let’s run you through some quick facts about Dennis.

He graduated from Wichita Heights High School in 1965 and moved to Kansas Wesleyan University. Dennis is an active member of his local Christ Lutheran Church and held the position of Preside of the Congregation Council Officer.

He dropped out of Kansas Wesleyan University in 1966 in the first year due to poor grades and joined the U.S. Airforce.

He served in the United States Air Force from 1966 to 1970, moved to Park City (a suburb of Wichita), and worked in the meat department at I.G.A. supermarket, where his mother was a bookkeeper.

In 1971, He married Paula Dietz, with whom he has two children.

He earned an associate degree in electronics in 1973 from Butler County Community College and furthered his education at Wichita State University graduating with a bachelor’s degree in administration of justice. He later got a job as an assembler for the Coleman Company – a camping equipment maker company. In the same year, he was laid off.

To make a living, In 1974, Dennis worked at the Wichita-based office of ADT Security Services. He installed security alarms for the residents who wanted to take security measures about the B.T.K. killings, not knowing that Dennis was behind the massacre.

In 1974 Rader started his killing spree, committing a series of murders in Kansas that lasted for 17 years.

In 1988, he left his job at ADT Security Services and became a census field operations supervisor for the Wichita area in 1989, before the 1990 federal census.

On August 18, 2005, Rader was sentenced to 10 consecutive life sentences without the possibility of parole.

Dennis Lynn Rader’s Crime Chronology: How it all began and ended

Dennis’s Crime records began four years after he left the U.S. Airforce and a year after he was laid off from his electrician job at Coleman Company in 1973. The company did not

It may have taken longer for the law to catch up if Dennis had stopped killing in 1991, but Dennis did not like that the police and media stopped talking about him that they declared him dead. So in 2004, to keep his reputation alive, Dennis began sending packages containing evidence of his crime scenes to the police.

The package had in it dolls bound up and gagged up like his victims, and another contained a pitch for an autobiographical novel he wanted to write titled The B.T.K. Story.

A document’s meta-data contained in a floppy disk gave him up.

In January 2005, B.T.K. sent a letter to the police in a cereal box asking if he could be traced by a letter he wanted to send over using a Floppy disk. Frankly, the police replied in a classified ad that they could not.

Serial killer Dennis confidently sent the floppy disk to the police but forgot to clean up the floppy disk thoroughly. Inside the floppy disk, the police found the metadata of a deleted Microsoft Word Document. The document was traced to the Christ Lutheran Church as the council president authored it. And guess who that was? Dennis Rader.

Well, that was not enough. D.N.A. samples recorded from crime scenes matched the D.N.A. sample of Dennis’ daughter’s pap smear, and dang, the police drove to his residence and arrested him.

Dennis Rader was taken from his home in front of his family on February 25, 2005. As a father living a double life, he tried to keep a reassuring face and promised his daughter that all would be cleared up soon. But he knew that he was done for. As he was transported, he was asked if he knew why he was arrested; Denni said, “Oh, I have suspicions why.”

On June 27, 2005, Dennis pleaded guilty to 10 counts of first-degree murder and complained that the police lied to him. He was sentenced to 175 years in jail without parole.

In a new related case, an accused Idaho killer, Bryan Kohberger, 28, was studying under a serial killer expert, Dr. Katherine Ramsland, who was in a close relationship with Dennis Lynn Rader.