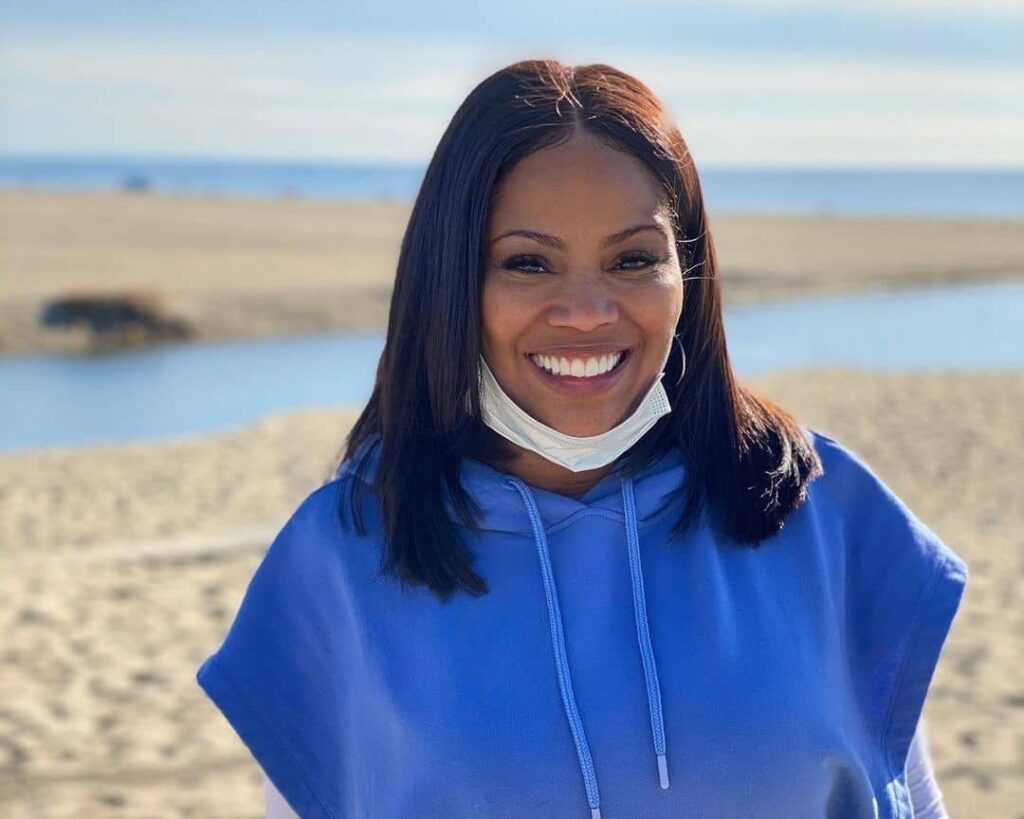 Who is DeShawn Snow?

DeShawn Snow is a TV personality, actress, realtor, author, and entrepreneur who is known for her appearance on the reality TV show The real housewives of Atlanta which is owned by the American TV network Bravo. This article would provide details on Deshawn Snow biography, age, husband, house, Instagram, weight loss, Eric Snow, net worth, and other facts about her. First, let’s take a look at her profile below.

Deshawn Snow was born on March 17, 1973, in Detroit, Michigan, the USA with the zodiac sign Pisces.

She attended Wayne Memorial High School in 1991 and upon graduation, she attended Michigan State University where she graduated in 1995 with a Bachelor’s degree in Marketing.

DeShawn worked as an estate manager and in 2004 before she became a name in the entertainment industry. She ran her real estate agency, EDJ Realty, LLC which is located in Georgia, United States of America. In 2006, she came up with the DeShawn Snow Foundation, a not-for-profit foundation, and the aim was to help young women who were going through self-esteem issues.

She starred in the Real Housewives of Atlanta and she was among the first original housewives during the first airing on October 7, 2008. Along the line, she was dismissed from the show for being “too human” for a circus show, she stated in an interview with essennce.com.

DeShawn was previously married to Eric Snow, a basketball coach who was previously a professional NBA player. They met while she was studying at Michigan State University and Eric was playing for the Spartans Basketball Team, and they tied the knot on July 21, 1997. They divorced in 2011 after being married for 14 years, the reason being infidelity. Before their divorce, they had three children together named Jarren Christopher Snow, Darius Michael Snow,  and Eric Javon Snow. Eric left DeShawn for his mistress; he filed for divorce in 2010 while his mistress was pregnant for him. It is worth noting that her divorce was not captured by the Real Housewives of Atlanta show because Deshawn had already left the show for not having enough drama.

DeShawn Snow and her ex-husband have put up their house for sale. The selling price is $4,998,000 and it is located at 3115 Manor Bridge Drive in Alpharetta, GA. The house is said to have state-of-the-art facilities and it has 6 bedrooms, 6 full and 6 half bathrooms, floating staircase, 2-story great room, formal dining room, 2-story family room, gourmet kitchen with breakfast room, 6-car garage.

After her divorce, DeShawn Snow visibly lost some weight. She was said to have lost around 30 pounds. She credits her friend and personal trainer, Trey, for helping her as it helped her to be motivated during her relationship troubles. From her picture above you can tell she looks more vibrant and younger.

As a reality TV star, DeShawn has earned a lot and she is said to have an estimated net worth of $1.5million.