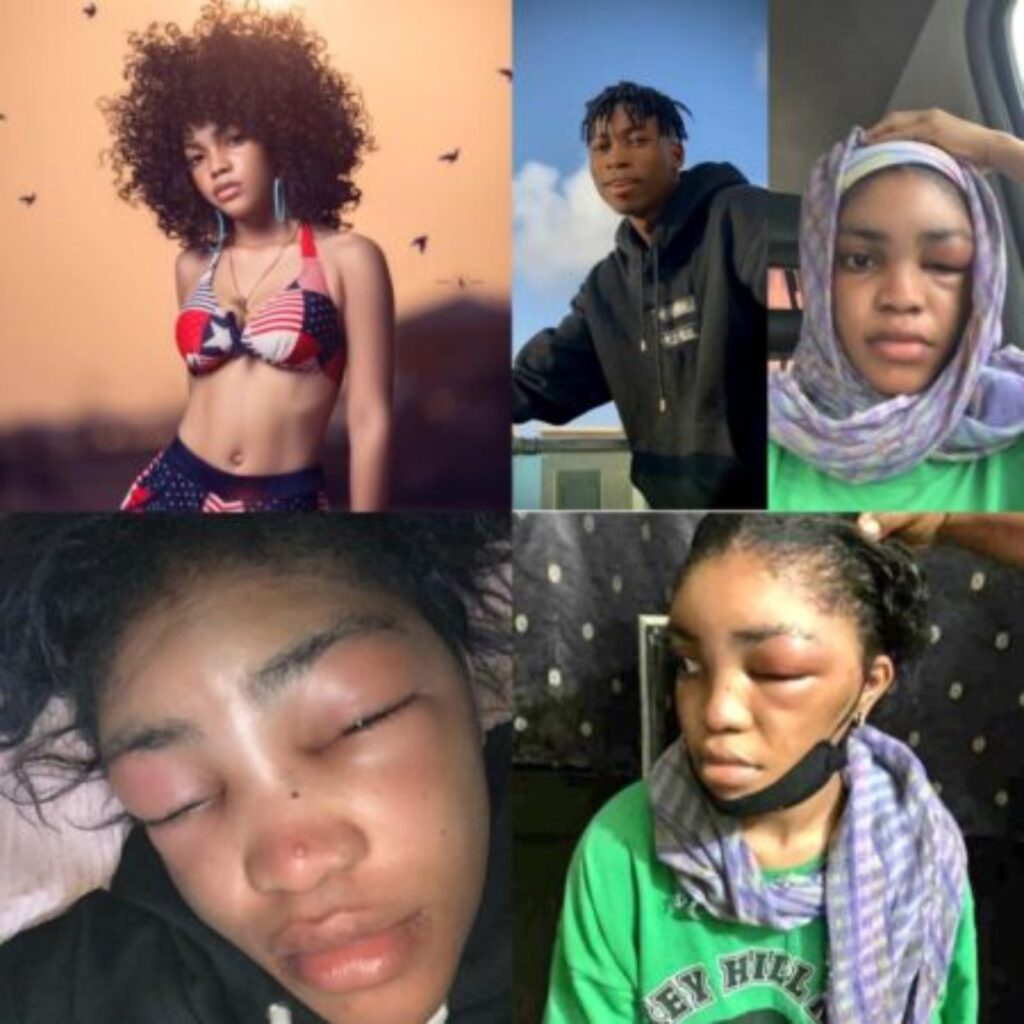 On the 5th of October 2020, DMW signed artist Lil Frosh was accused of physically abusing his girlfriend who is a popular model on Instagram Gift Camille, also known as Thecutegeminme. This sparked a lot of conversations on Twitter and Instagram as the news was reported by her brother. Now the part of her brother reporting this news wasn’t the highlight but the fact he begged his sister to return to the relationship even after she had been beaten to a pulp by the up coming artist.

Although the rapper is yet to react to the allegations which have been leveled against him, their no proof that he didn’t do. Lil Frosh whose real name is Sanni Goriola allegedly has a history of abusing his girlfriend. Making her lose jobs and endorsements because she can’t possibly promote with a battered face.

The rapper was signed to Davido’s record label and there has been news he has been dropped. However, Davido dropped an official statement on the 6th of october 2020. 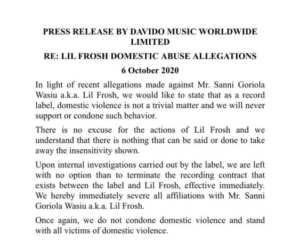 Pictures of the incident are all over social media as anyone can clearly see how bad she had been abused. She even had to go for an MRI scan and the weapon of abuse was posted oh social media too. 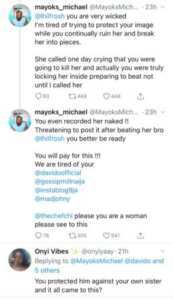 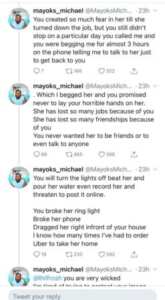 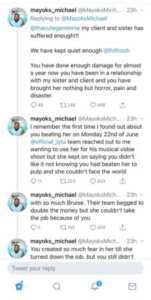 Social media also came for her brother Michael who had always know Lil frosh was abusing his sister. He also stated how he gets to call an Uber to pick up his sister after incidents. However, after Lil Frosh spoke to him, he begged his sister to go back to a man who beats her up. A lot of people, myself included, finds it completely crazy. So, it’s safe to say the world isn’t just angry at Lil Frosh, the abuser but also her brother Michael for good reasons too.

Before the incident however, not a lot of people knew of this upcoming artist. It’s safe to say he ruined his career even before it took off?