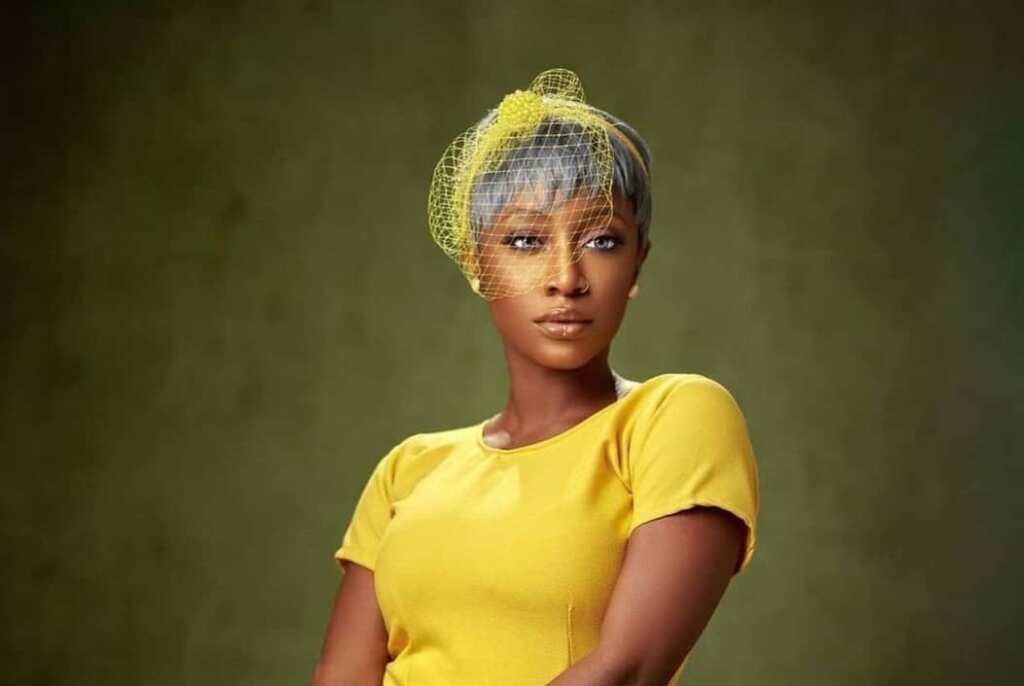 Who is Kemi Smallz?

Kemi Smallz is a Nigerian-born On-Air personality, actress, voice-over artist, and Master of ceremonies (MC). She is currently working at cool 96.9fm where she hosts The Night Cruise every weekday from 9:00 pm- 12:00 am. She is the voice behind the commercials for Park & shop and Spar, Ebeanor, D’prince supermarket, Just Write supermarket, Hubmart, and Mega plaza.

She entered the radio presenting career as a kid-presenter for Tales Africa, Kiddies Island, and Generation Next in 2004. She found interest in speaking on the radio during her tender age and made a source of living out of it. In this post, I will be writing about Kemi Smallz biography, age, net worth, and other facts about her.

Kemi was born on January 8, 1990, in Lagos. She grew up in a family of five children where she happens to be the first. Her parents are from different states in Nigeria but she is precisely from Ondo State. Her father who is an artist (Sculptures) is from Ondo state while her mum who is an interior decorator is from Bayelsa State. Her growing up has been all about art – She used to play with her father’s color collection during her childhood. The OAP is 30 years old as of 2020.

Kemi studied English at the University of Lagos and graduated with a degree. And her real name is Oluwakemi Itari Owatemi.

She is probably in a relationship but chooses to keep it private. BBNaija season 5 winner, Laycon has shown interest in her but she is yet to give the green light.

She started her OAP career at the age of 14, as a kid presenter for Tales Africa, Kiddies Island, and Generation Next on MITV and MBI. She also worked as the content developer for GoldmyneTV and a presenter for CITY 105.1FM where she anchored a radio show called Nightlife Radio.

Kemi rose to fame after she came out top 3 at the 2013 edition of the MTV VJ search of 3000 contestants. She looks up to Ryan Seacrest, an American radio personality. She lives by these words;

From 2013-2017, she worked at city105.1 FM where she has been a contributor to Men’s Corner and on a reality show on Ebonylifetv

During her days at City 105.1FM, Kemi Smallz won the Student Choice OAP of the Year Award at the 2016 ANUCA awards. She also won the MAYAA award for radio personality of the year, OAP of the year in 2016, and received POPA Awards in 2020. She was recognized and awarded by the Nigerian Institute of Journalism for her contribution to the media industry in May 2016. Other notable awards she has won includes

She recorded tremendous success while working at City FM, now she works for Cool FM, joining the likes of controversial Daddy Freeze, Manny, and Taymi B, Dotun.

She got the name “Radio Rat” for her consistency at the studio, not necessarily because she is 5ft in height. She is extremely short-sighted, -8 to be precise, and wears contacts always.

Kemi made her television debut as part of the five cats members of EbonyLife TV’s reality TV show “Moving up the squad”, which aired on DSTV in October 2017. She was also featured on MTV base’ “FitFam” and EL TV’s “on the spot”.