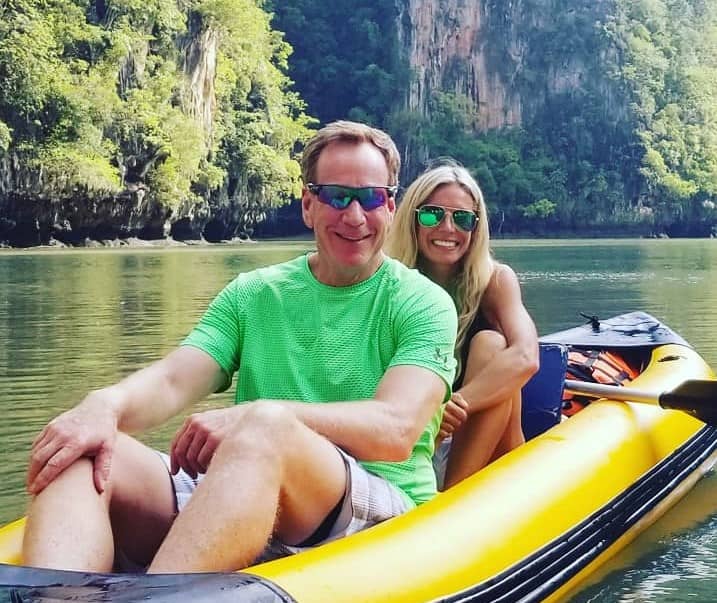 Grant Napear is an American radio personality and sportscaster. He is best known for being the play-by-play announcer for the NBA team Sacramento Kings. He currently runs his own podcast called “If You Don’t Like That With Grant Napear” after he was fired for his tweet during the George Floyd protest.

In this article, I would be writing about Grant Napear and other facts about him. First, let’s take a look at his profile below.

Grant Napear was born on June 18, 1959, in Syosset, New York. He has the zodiac sign Gemini and he attended Syosset High School where he graduated in 1977. After high school, he attended Bowling Green University where he graduated with a degree in broadcast journalism. While in the University, he played lacrosse and he is one of the most experienced sportscasters in the United States of America.

Grant started his career in 1977 when he worked as the basketball and hockey play-by-play announcer for Bowling Green University up until 1981. In 1985, he became the Weekend Sports Anchor for WAND Decatur, IL till 1987 when he took up the position of Sports Director for KRBK-TV/KPWB (now KMAX-TV) however, he was fired in 1995. Apart from working as a play-by-play announcer for the Sacramento Kings, he also held the same position for teams like Oakland Raiders, and the San Jose Sabercats.

Grant Napear is married to Starr Napear and they have two sons together named Trent and Chase. Grant and Starr reside in El Dorado Hills California.

Grant Napear is the owner and host of the podcast If You Don’t Like That With GRANT NAPEAR. The podcast airs on Tuesdays and Fridays.

Grant is one of the top broadcasters in the NBA and he has an estimated net worth of $2 million.