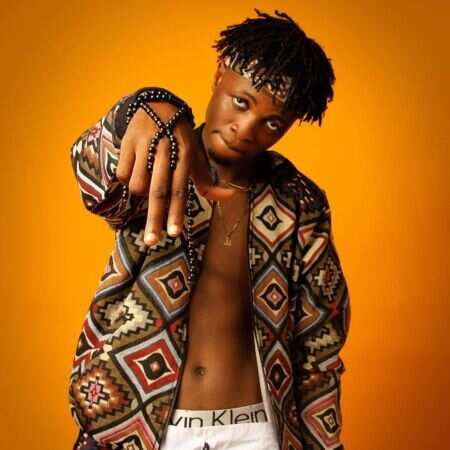 Laycon is one of the housemate at the BBNaija season 5th edition. He is a musician and rapper best known for his single “Fierce”, which featured Reminisce and Chinko Ekun. His song went viral on social media after he was announced as one of the contestants of the BBNaija Lockdown edition, which he eventually won. For this post, we’ll be writing about Laycon BBNaija biography, age, music career, and net worth. We will include other interesting facts about the rapper and musician, sit tight.

Laycon’s real name is Olamilekan Agbeleshebioba. He’s from a Yoruba descent and was born on 8th November 1994 in Lagos. In 2012, he enrolled at the University of Lagos and graduated with a Bachelor of Arts degree in Philosophy, in 2016. As of 2020, he is 26 years old and he’s passionate about making it to the top in the music industry. He started music at an early age and has achieved notable feats, one of his singles ranked top ten in MTV Base for 6 months. That being his greatest achievement so far, yet.

Laycon started on the right foot in the BBNaija show, he pulled lots of attention during his first screen appearance. His musical potentials got his support from top Nigerian celebrities who have devoted resources to see him win the show. Nigerian media personality and BBAfrica winner, Uti Nwachukwu remarks on Laycon’s undivided loyal supporters could make him go home with the 25 million naira winner prize of the BBNaija show.

During an interview session, BBNaija’s Laycon describes himself as being adaptable and capable of putting words together to soothe scenarios and moods. He also acquired a new habit of singing and reading his bible. He believes that facts supersede feelings.

Laycon won the BBNaija 2020 edition, going home with lots of prizes worth millions and the N85 million grand prize.

Laycon worked with several brands before he enlisted as of the housemates in the BBNaija season 5 show. While he pursued a career in music, he interned at the Latjum Global Nigeria Limited, an oil and gas marketing company based in Lagos. He worked as a personal assistant to the CEO and managing director of the company.

Laycon joined Bestman Games, in Ikoyi, as a sales and business development personnel after he graduated. In 2016, he worked with the Lagos State Ministry of Information and Strategy as a personal assistant to the Assistant Director (Welfare) of Administration and Human Resources of the ministry. To add to his hustle, he wrote for companies on a freelance.

Laycon has been on this music since his entire life. He has two EP “Who is Laycon” and “Y.B.A.G (young black and gifted)” to his name and lots of singles that are worth listening to. Here’s a complete list of his musical works.

His hit single “Fierce”, featured Reminisce and Chinko Ekun and was on MTV Base’ Top 10 charts for about six months.

BBNaija gave Laycon immense public attention and his assets and profile are being looked at. At the moment his net worth is not estimated, but you wouldn’t be misled to believe Laycon’s net worth is above $100,000. He won the 2020 BBNaija reality TV N85 million award and lots of prizes during the show. See the prizes in won in BBNaija.