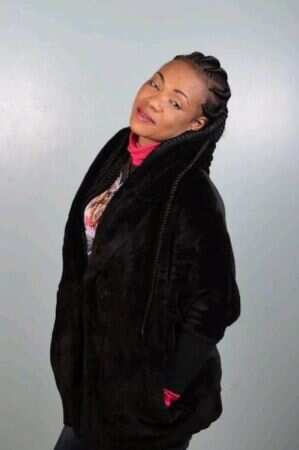 Lady Maureen was a Kenyan singer popularly known as ‘the high priestess of Ohangla’. She passed away on Saturday, 11th July 2020 after difficulties with hypotension which is a medical term for low blood pressure (less than 90/60). Maureen who was born on 22nd November 1984 was best known for her unique Ohangla style of music. She is behind popular hit singles such as Jogi Jokuoge, Alemo, Gor Kogallo among others. She also released captivating songs such as Akuru Marachar (county song), Yom Kabudho, Abiro Iri, Gladys Wanga, and Raila Duog dala. For this article we will be writing on Lady Maureen biography, her music life, death and her songs.

Lady Maureen whose real name is Maureen Achieng was born on 22nd November 1984 in Kenya. Very little is known to us about her educational background and her family. But we have information concerning her death and struggles in the music industry. The Ohangla songstress died by 3:00 a.m on 11th July 2020 at Uriri, Migori County where she was recovering after leaving Pastor Machage Memorial Hospital in Migori County in southwestern Kenya. Lady Maureen is known as a brave woman who earned her spot in the music industry dominated by males. She began having health complications after she was arrested in Tanzania alongside 15 other bandmates in 2018. They were arrested and held in the Tanzanian prison for two weeks for performing in Tanzania without permission.

Lady Maureen was once reported dead in June 2020, but her mother, Margaret Akinyi Onyango debunked the reports claiming that her daughter has been in poor health for months and was receiving treatment at a hospital.

Maureen was 35 years old prior to her death. The news of her death was been confirmed by her sister, Bella Achieng. She is survived by her mother, Margaret Akinyi Onyango, Mr. Fredrick Odhiambo (Uncle, her sister – Bella, and her four children.

She started her music career in mid-2004. She performed at the Kisumu Social Centre during her early days and struck her audience with a rare piece of Ohangla music. She joined Nyamollo Traditional Band after convincing David Ochieng aka Daudi Jamigori, pioneer Ohangla musician. She started performing on stage a month after joining the band. Her voice made her style of Ohangla music pull an immense crowd. She was part of Nyamollo Band’s album titled Kisumo Obarore (Kisumu is Split) in 2005, before starting her own music label, Nyar Nga’ato Dancers Troupe, in 2006, which performed at Ofafa Memorial Hall in Kisumu, Kenya.

Lady Maureen’s first songs were Okecha, Wach Love, and Amollo Tinga, which were recorded in 2005. In 2018, She was arrested in Tanzania for performing illegally, a move that her producer said was crafted to tarnish her image and destroy her music career empire. She fell ill after two weeks after her release from prison.

Her producer, Wuod Fibi recounts how Maureen attempted to step up her career with a release of an album during a stage performance. The album released failed due to electricity outage and her crashing off from the stage. She found it difficult to make a comeback in the music industry since that incident. Maureen was plagued with various sicknesses that shuffled her between hospitals. In June 2020 she was diagnosed with severe anemia and malaria and was rushed to Pastor Machage Hospital for treatment.

Lady Maureen during her career mentored the likes of Emma Jalamo and Abenny Jachiga. She performed for top wigs in Kenya during political campaigns.

Songs released by Lady Maureen include