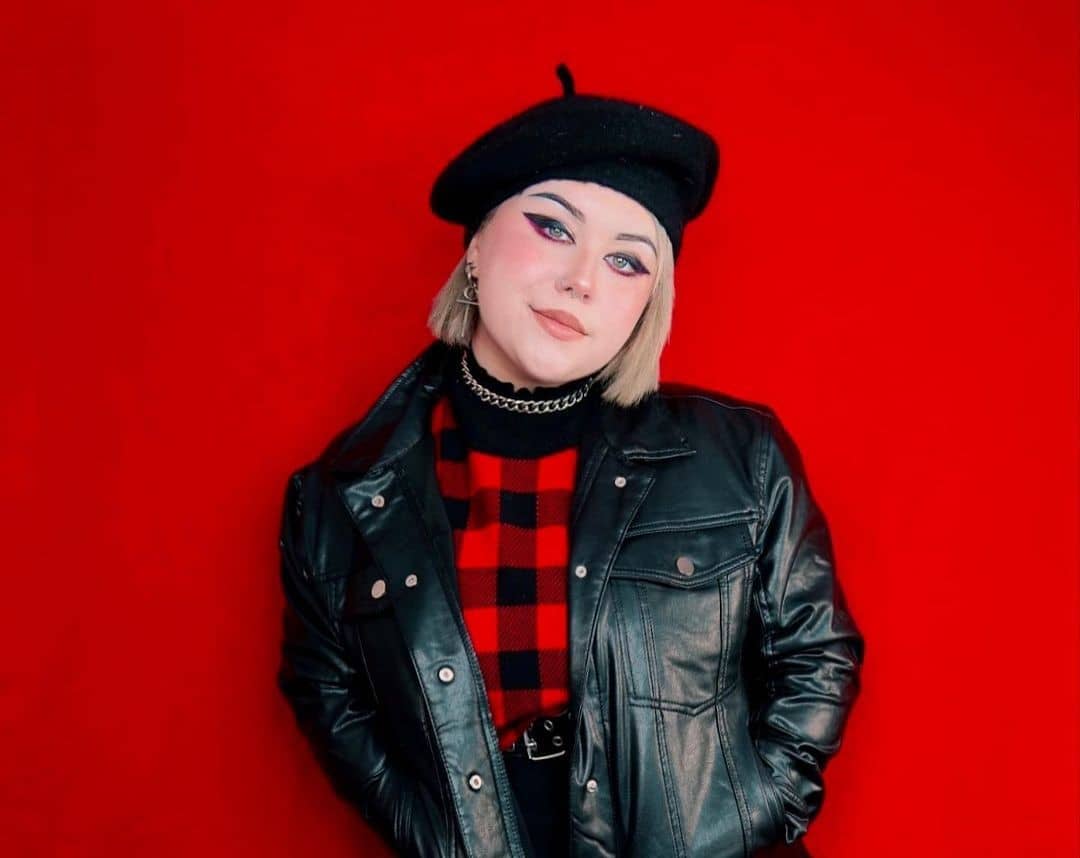 Succeeding in the media industry, especially on social media platforms, is one of the ways to keep oneself in the news, or rather, in the spotlight. While many succeed without even having to force it, others eventually end up getting frustrated and giving in halfway.

For Stanzi Potenza, quitting halfway was not the best option, so she kept consistency. Without a doubt, she must have had low points during her starting years, but like most successful and famous people, something must give, and Stanzi knew it wasn’t going to be her. She was constantly and consistently dishing out content, and she has taken a spot in the spotlight.

Who is Stanzi Potenza?

Stanzi Potenza is a famous American comedian, TikTok star, singer, and all-around entertainer; she is widely known for her self-titled TikTok page, @stanzipotenza, with over 2.5 million followers. Aside from her TikTok popularity, Stanzi is known for appearing in the 2022 film series Angel Shot: Origins, the Omega Endgame (2022).

Most people get to the spotlight, and it almost often feels that they are not ready to handle the pressure and expectations that come with it. Well, it was the same story for Stanzi when she started gaining attention on the internet. However, she had to brace herself and accept that she is now in the public eye for the positive side of it.

And speaking of positivity, Stanzi adjusted to this new-found lifestyle and is now a full-time content creator who posts between two and six videos on her YouTube and TikTok pages weekly. In this article, I will share facts about Stanzi Potenza and other trivia but exciting things you probably didn’t know about her. Before I continue, however, let’s take a quick look at her profile summary.

In this article, I will share hidden facts about Stanzi Potenza and other things about her online personality you probably didn’t know. Before I continue, let’s take a quick look at her profile summary.

Stanzi Potenza was Born on October 1995

Stanzi Potenza was born on October 17, 1995, in Massachusetts, in the United States of America, and is now 27 years old. Because she is an “October 17 baby,” Stanzi’s astrological or sun sign is Libra. She has a sister, Nella Potenza, with whom she grew up.

And although her sister and other siblings made her childhood memorable, Stanzi has had to pass through a lot alone. At fifteen, Stanzi suffered from epilepsy. As a US-born, Stanzi holds American citizenship by birth and possesses a white skin color. In other words, she is classified under the White-American ethnic group.

Looking at her pictures, we can confirm that she possesses cute gray eyes and long hair. She paints her hair in different kinds of colors, ranging from black to brown and other colors. She stands about five feet three inches tall, approximately 1.6 meters or 160 centimeters.

Then again, she weighs about 82 kilograms or 180 pounds. Also, her body type is slim, which could mean that she eats a healthy diet and train her body. From her videos, we found that Stanzi’s hobby is traveling, diving, and going to the gym. A fit young woman in her prime, Stanzi Potenza’s eating habit is non-vegetarianism. And she consumes alcoholic beverages from time to time; Potenza does not smoke, nor does she do drugs.

An Elementary School graduate certificate and a High School diploma holder, Stanzi enrolled at the University of Massachusetts Boston, William Esperanto Studios in New York for her higher education. In 2018, she graduated with a Bachelor of Arts Degree in a four-year program related to Film Production.

Stanzi Potenza is a Famous “Comedian From Hell”

Stanzi Potenza started her career in the media industry by randomly posting 60-second comical skits on her self-titled TikTok page, @stanzipotenza. In other words, she started posting comedy videos on the video-hosting site, TikTok, to overcome boredom.

Before then, however, some of her friends had advised her to make a career out of stand-up comedy because they believed she had a good sense of humor and was witty as much. Her video received positive comments and responses from her audience, who have grown to millions.

And talking about audiences and followers, Stanzi created her TikTok account under the username @stanzipotenza. As of December 2022, she has accumulated over 3.6 million followers and more than 185.8 million likes. Following about 252 people on the platform, Stanzi describes herself in her bio as the “CEO of hell.” Oh, and she often refers to herself as a comedian from hell — more or less one of her tag lines.

Having stanzipotenza@dulcedo.com as her business email address, Stanzi Potenza’s latest posts on the web-hosting platform have accumulated over 2.5 million, 318k thousand, and 28.5k thousand views, respectively.

Accordingly, on her profile page, Stanzi’s content and comical video skits are grouped into different series (categories she created for each kind of video content). In no particular order of arrangement, these are the categories under which she posts her videos on TikTok;

Other than TikTok, Stanzi Potenza is on other social media platforms. Although not active there, Stanzi created a profile page on Facebook under the name Stanzi Potenza and username @stanzipotenza on January 18, 2010. Making her latest post on December 8, 2022, Stanzi has not posted anything yet since then. She also has her podcast available on Apple podcast to stream.

Otherwise, she has accumulated about 5.4k thousand followers so far. The “contact info section” of her Facebook profile reveals that Stanzi visited Manhattan, New York City, on July 4, 2022.

In other words, Stanzi Potenza is on the video and picture-sharing social media app Instagram under the username @stanzipotenza. She created her profile page in October 2013 and has made about 612 posts since then. Moreover, she now follows about 478 people and has more than 567k followers. Describing herself in her bio section, Stanzi wrote, thus; “NYC. Hey bitches and bros and nonbinary (sic) hoes.”

Stanzi Potenza joined the video-hosting site YouTube on March 31, 2014. She has since published 571 videos, which have earned her over 663.8 million views. On that same note, Stanzi has been able to accumulate more than 1.48 million subscribers from around the world who watch her videos. Just like she does on every other social media platform, Stanzi publishes video content on YouTube that ranges from comedy to makeup and all-around entertaining content.

Then again, she created a Twitter account under the username @stanzipotenza in November 2012, which has now accumulated over 47.8k thousand followers. Having been on the short-written-text social media app Twitter for approximately a decade, Stanzi has made 21.3k thousand tweets and retweets. Unlike on Facebook, where she is not following anybody, Stanzi is following 137 accounts on Twitter.

Stanzi Potenza’s Personal Life is Personal to Her

For someone who is always in the public eye, Stanzi Potenza tries as much as possible to separate information about her private and romantic life away from her social media life. And well, she has succeeded at doing so because information relating to her relationship life is obscure.

Otherwise, it is known that her pronouns are her and they. She was born and raised in Manhattan, New York, so she holds American citizenship by birth. But well, a new report confirms that she currently resides in Boston, in the United States of America.

Stanzi Potenza Doesn’t want to Disclose her Net worth

Unlike a handful of other public figures, Stanzi Potenza keeps a shallow profile regarding privacy and personal life. And because of this, she is skeptical about revealing her net worth and earnings. Otherwise, by looking at how famous she is on the internet, say that she makes a good fortune and not be faulted.