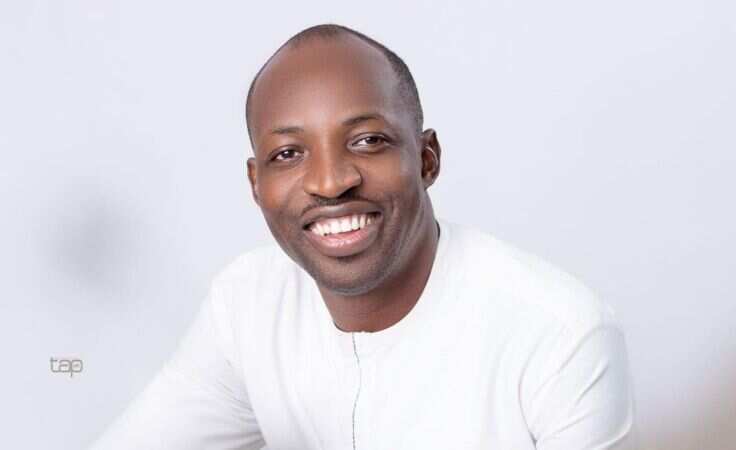 Who is Dunsin Oyekan?

Dunsin Oyekan is a Nigerian gospel singer. He is also a songwriter, music producer, instrumentalist (guitar), and recording artist. He is the artist behind the popular gospel track, Open Up. The song is well known amongst Christians in Nigeria. The son has roughly about 2 million views on YouTube alone, and it is described as soul uplifting. Dunsin Oyekan is also the musician with credits for another track titled “If All I say is Jesus”. The song is one of the songs in his album titled Code Red.

Dunsin Oyekan’s ministry has cut across various parts of Nigeria and all over the world. He is often called “The Eagle”. He is a lover of soul-winning missions and he fulfills that with the Code Red Worship Experience and the Healing Room Worship Event which he founded. He is inspired by Dr. Pastor Paul Enenche, the Senior Pastor of Dunamis Int’l Gospel Centre, Worldwide.

In this post, I will be writing about Dunsin Oyekan biography, wife, wife’s age, father, mother, and net worth. Let’s start with his profile.

Dunsin Oyekan was born on 5 November 1984, in Ilorin, Kwara State, Nigeria. He was born as the only son of Mr. Gbadebo Oyekan’s family. His father is late but his mother is still alive and sound

For his basic education, Dunsin attended Airforce Nursery and Primary school in Ilorin. He started his secondary education at Federal Government College, Ilorin, and completed the 6 years course at Baptist Model High School in Ilorin.

Dunsin Oyekan was married to Adedoyin Oyekan until she passed away on Saturday, 18th of May, 2019. He didn’t break the news of his wife’s death on Facebook with a sad note, he rather celebrated victory and as he believes that his wife has moved to glory. The cause of his wife’s death was not made public but she has been laid to rest since 2019.

Dunsin Oyekan has not gotten another wife, and he has not revealed intentions to re-marry, reasons unknown. Dunsin met his late wife on 2 February 2013 and their union was blessed with two children. He survived a ghastly motor accident on

Dunsin Oyekan’s ministry started with his father’s love for music. During his early age, his father talked him into learning to play the bass guitar. He obliged, and at the age of 10 he mastered the instrument and that sparked a passion for music. He joined the local singing group in the choir and made progress in the music industry.

Dunsin Oyekan is a music producer by profession, he started learning music with guitar, but he now plays different musical instruments.

He once served as the music director of the COZA choir – Avalanche of the Commonwealth of Zion Assembly (COZA). His exit from the church was reportedly due to a dispute he had with the church head.

Dunsin despite his loss was not deterred, he continued to further the gospel to where he is called to. He has ministered on top platforms like “The Experience 2017”, where he ministered “Na You” featuring Kim Burrell. He has also performed on the same stage and collaborated with other gospel musicians such as Tasha Cobbs, Kurt Carr, Don Moen, Byron Cage, Tye Tribbett, William Murphy, Chris Morgan, Kim Burrell, Sinach, Tasha Page-Lockhart, Frank Edwards, and Freke Umoh.

Due to his impact on the gospel music industry, Ynaija named Dunsin as one of the 100 Most Influential People in Christian Ministry in Nigeria. His song, Imole De was nominated for Song of Excellence at the Africa Gospel Music and Media Awards (AGMMA) in 2019.

Songs Dunsin Oyekan has released include;

Dunsin is one of the successful gospel musicians in Nigeria. He is on the list of one of the richest gospel singers in Nigeria. His net worth has not been made public, but it is estimated to be around $100,000.

Hello, believer. Sure, you got to the right place on the web that has everything about Dunsin Oyekan? Don’t forget to share with friends who are interested in reading this post.