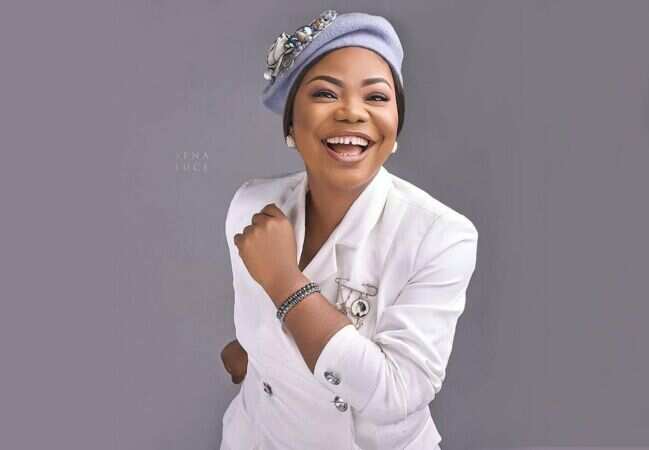 Who is Mercy Chinwo?

Mercy Chinwo is a famous Nigerian music artist and singer. She is known for her soft voice and gospel music that Christians all over the world have been touched by.

Interestingly we’ve covered everything you need to know about Celebrity biography. Check out the ones we’ve written so far. Now, we will be writing about a famous Nigerian female gospel artist making waves in the gospel music niche – Mercy Chinwo. We will look at Mercy Chinwo biography, songs, age, husband, awards, net worth, career, and other facts about her. First, let’s look at her profile summary.

Mercy Chinwo is a unique gospel artist with a particular type of grace. Her songs are heard all over the churches in Nigeria and beyond; her background will inspire you.

Mercy Chinwo’s full name is Mercy Nnenda Chinwo, and she was born on 5th September 1990. She is the first child and the first daughter of six children. Currently, Mercy Chinwo is 32 years old. Mercy Chinwo is a Nigerian gospel musician, actress, and songwriter, who hails from Port Harcourt, Rivers State.

Most successful gospel artists are fond of having an early start in music because they are talented, and Mercy Chinwo is a typical example. She started her musical career early in her church’s children’s choir and later migrated to the adult choir. Her mother brought up mercy Chinwo after losing her dad during her early stages of life.

Mercy Chinwo was into acting before she swerved full-time into music. She got into the limelight in 2012 after winning Season 2 of a famous acting talent show – Nigerian Idol. After which, in 2013, she landed her first film role in Yvonne Nelson’s film, “House of Gold,” featuring other stars such as Yvonne Nelson, Majid Michel, and Omawumi.

Mercy Chinwo released her first single, “Testimony,” in 2015, and another single, “Igwe,” in 2016. Her first album was in 2018, “The cross my Gaze.” “The cross my Gaze” consists of many soul-uplifting gospel songs that are still trending in the Nigerian Christian space. Mercy Chinwo has collaborated with international artists. She did a remix of her most famous song, “Excess love,” with JJ Hairston, Youthful Praise, and The Gratitude.

Mercy Chinwo has released a ton of singles, but she has released only one album. So far, Mercy Chinwo’s song that has arguably crossed boundaries is “Excess Love,” followed by “Chinedum,” both released in June 2018, and “Bor Ekom,” released in 2019. Mercy Chinwo’s Excess love earned her nationwide recognition and a spot as one of the best female vocalists in the Nigerian Gospel music industry. Mercy Chinwo made another strong mark in the gospel music industry with her single, “Akamdinelu.” The song currently has more than a million streams across music streaming platforms.

She released her second album, “Satisfied,” a 13-track album, on 3rd July 2020. The album contained hit tracks such as “Baby Song” and “Na you dey reign.”

Mercy Chinwo is now engaged to The WaterBrook Church’s Pastor Blessed Uzochikwa. The gospel artist Mercy Chinwo posted a few photos of herself with Uzochikwa on her social media profile on June 23, announcing the engagement to her husband-to-be.

Mercy Chinwo has bagged various notable awards since the beginning of her career in 2012. In the award-winning race, she has rivaled top gospel artists such as Sinach, Prospa Ochimana, and Tim Godfrey. She was nominated for an award at Maranatha Awards USA Awards 2020.

Mercy Chinwo has rolled in much worth to yourself to herself. She has gone global with her songs and impacted the gospel music industry. Mercy Chinwo is currently worth an estimated $900,000.

Abigail Bianca – Everything You Need to Know The Aussie Actress