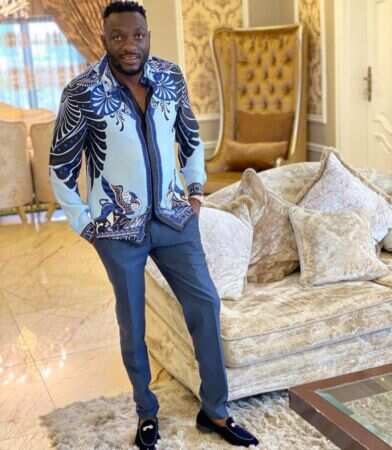 Genius Kadungure is a famous Zimbabwean socialite, philanthropist, and entrepreneur. He is popularly known as the founder and CEO of Pioneer Gases, a gas import company based in Zimbabwe which he runs under Piko Trading. Kadungure is known as one of the richest and powerful businessmen in Harare, the capital of Zimbabwe. And he is dubbed “The king of bling” for the lavish parties he hosts in the country.

He is also the owner of one of the classiest night-clubs in Zimbabwe, Club Sankai. The Zimbabwean entrepreneur is known for his lavish lifestyle and affluence. On 10th July 2020, he was accused of failing to declare income returns to the Zimbabwe Revenue Authority (ZIMRA) while prejudicing the Commissioner of Taxes of millions of US dollars.

Genius Kadungure was born on 10th October 1984 in Domboshava into a family of four. He lost his brother in 2019 and his mum died of cancer infection in 2020.

The 36-year-old (2020) businessman is the founder and Chief Executive Officer of Pioneer Gases which is a major distributor of gas in Botswana, South Africa, and Zimbabwe. As a side business, he runs Club Sankayi which is also known as Dreams Nightlife Club.

Genius Ginimbi is not yet married.

In 2014, he was engaged to Zodwa Mkandla who is 11 years older than him – they didn’t get married. In 2018, he revealed that he and Mkandla were no longer engaged but remained good business partners. In the same year, he made the headlines when it was reported that he had been taking care of another man’s child for the past 11 years. His partner, Doreen Mutukwa demanded an upward payment of maintenance fees of $1,500 which he didn’t welcome. This led to Genius to carry out a paternity test and the outcome showed that he was not the father of the child after all.

In 2019, Genius was said to be into V-Candy after Wicknell Chivhayo came out to say they were friends with benefits. But in an interview session with a local newspaper, V-Candy denied being in an affair with the Ginimbi.

Genius Kadungure was stated to have been beaten up by husbands of women he had an affair with on many occasions. An accusation he claims “was normal”.

Ginimbi net worth is estimated to be about $5million based on his business assets and income.

Although his business is not listed publicly his net worth can be estimated to be around $5 million. He bought a new Lamborghini Aventador S Roadster worth $600,000 on 3 October 2020 to add to his fleet of exotic cars.

Genius has a wide collection of cars including

In 2010, he threw an extravagant all-white birthday party in Harare, where he spent not less than US$17,000 at his Greystone Park home for 3 days. He followed up with another lavish party in Botswana in 2012. About $32,000 was spent.

In 2013, he celebrated his multi-million house which he built in his hometown, Domboshava with a three-day-long party.

On 10th October 2020, he marked his 36th birthday with an all-white birthday party in which celebrities and notable persons in the Zimbabwean entertainment industry were present.

Genius is described as a successful businessman worth millions of dollars.

Ginimbi used to run a middle-man gas distribution business during his teenage. His role was to follow up on sales to gas users. He continued this method until he was able to start up his own business. He went on to establish Pioneer Gases to supply gas to commercial industries, the general public, and retails.

He acquired Quick Gases in Botswana and added Rivonia Gases after recording huge profits from other companies. He established another business called City Centre Freight boosting his income by a notch.

He manages all his companies under PIKO Trading Group and he ranks as one of the richest young entrepreneurs in Zimbabwe.

Genius Ginimbi also created the Celebs4Change campaign which cuts across Africa to provide for children in need.

The Zimbabwean socialite and businessman, Genius ‘Ginimbi’ Kadungure died in the early hours of Sunday November 8, following a fatal accident he was involved in along Borrowdale Road in Harare, the country’s capital city.

His Rolls Royce Rave crashed into a Honda fit at a high speed and bursted into flames.