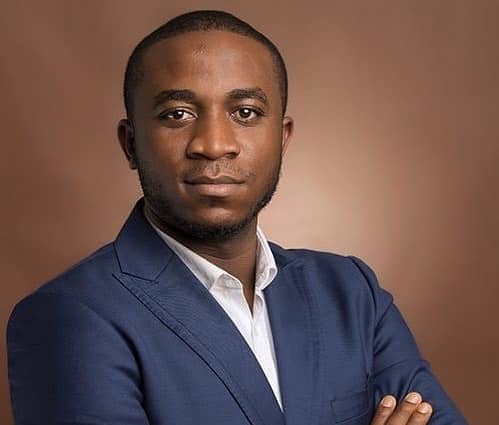 Who is Invictus Obi?

Obinwanne Okeke, otherwise known as Invictus Obi, is a famous Nigerian entrepreneur and businessman, who is known to be the CEO & founder of Invictus Group. He is known for leading Invictus Group, an investment conglomerate dealing in construction, agriculture, oil and gas, renewable energy, telecoms, and real estate.

Obinwanne Okeke gained more fame after the fraud charges leveled against him made it to social media. In this post, I will share with you Invictus Obi’s biography, career, age, net worth, wife, children, fraud allegations, and some other things you probably didn’t know about him. Before we continue, let’s take a quick look at his profile.

Gaining more fame after the fraud charges leveled against him made it to social media, Invictus Obi was born on the 9th of November 1987 in his home country, Nigeria.

Born and raised in his hometown, Ukpor, Anambra State, Obi had a very interesting childhood as his father had married many wives. Speaking of his father marrying many wives, Obinwanne Okeke is the seventeenth child of his father.

Besides, our team of writers gathered that his father died while he was just sixteen years old and so his mother raised him as a single parent.

Having both his primary and secondary school education in Anambra, Invictus Obi had obtained both his First School Leaving Certificate and his West African Examination Certificate certifications therein.

Upon finishing her secondary school education, Invictus traveled out to Australia. In Australia, he attended the prestigious Monash University and obtained both Bachelor’s and Master’s degrees in International Relations and Counter-Terrorism.

Before founding the Invictus Group, Obinwanne Okeke assisted with starting and running other entrepreneurial institutions.

Obinwanne Okeke being a successful businessman spearheaded his company named Invictus Group. Invictus group is named the Most African Innovative Investment Company of the Year by African Brand Congress. In 2018, Obinwanne Okeke was nominated amongst 100 Most Influential Young Nigerians by Avance Media.

Obinwanne Okeke’s Invictus Group is extensively involved in gathering, structuring, implementing, and monitoring various private property investments in African and Australian markets. The company, Invictus Group of companies, founded in 2009 has over 10 years of investment experience.

Named one of the ’30 Entrepreneurs Under 30 to Watch’ In 2017 by Forbes, Invictus Obi is the founder and CEO of Obinwanne Okeke’s Invictus Group.

Having been managing this company for almost a decade and a half now, it is safe to safe that Obinwanne Okeke’s Invictus Group is one of the most important assets Invictus Obi has as an entrepreneur.

Moreover, “Inter Alia” was one of the first projects he had spearheaded—he spearheaded this initiative before Obinwanne Okeke’s Invictus Group.

What’s more, Inter Alia is a Literacy Africa project which has, over the years, donated over 100,000 books to children in underprivileged schools across Africa, through Invictus Foundation.

Featuring on the Forbes magazine’s cover in June 2016, it is only rational to say that Invictus Obi is a big name, one that is big enough to be referred to as one.

Whilst all these are true, however, we also gathered that Obinwanne Okeke had been accused of fraud. Of internet scam.

Sentenced to ten years in federal prison on the 16th of February 2021 by the Federal Bureau of Investigation, otherwise called FBI for short, Obinwanne Okeke was accused of a massive, coordinated, business e-mail compromise scheme.

Although he pleaded not guilty to the allegations a couple of times while the jury looked into the cases, Invictus couldn’t win the case, hence his ten years sentence.

Arrested for a whopping $11 million scam in August 2019 while he was about to leave the US by the Federal Bureau of Investigation at the Dulles International Airport, Invictus is currently serving a ten years sentence in federal prison.

At the time we last updated this article, Obinwanne Okeke was 32 years old. He was born on the 9th of November and so should celebrate his 33rd in a couple of months to come.

He’s from Anambra State, holds Nigerian citizenship by birth, and has Leo as his birth or zodiac sign. Moreover, he is ethically Igbo, a Southerner by region, and more likely practices Christianity as religion.

Onyinye is the name of Invictus’ lovely wife. Obinwanne Okeke had proposed to her in March 2019 whilst their stay lasted during their vacation in the picturesque Island of the Bahamas.

Invictus Obi has an estimated net worth of about $12 million. He earned his net worth from his career as an entrepreneur and CEO & founder of Obinwanne Okeke’s Invictus Group.