Allen Ifeanyichukwu Onyema Biography, a Nigerian businessman and philanthropist born with a heart of gold in 1994. He during the Xenophobic attack in South-Africa sponsored the return of Nigerians who were stranded in SA. Allen Onyema who runs an airline company offered a free ride home to Nigerians even before the Nigerian government could take a drastic situation. We will be letting you know of the biography, net worth, and business run by Allen Onyema – CEO Air peace.

Allen Onyema is the firstborn of the family of 9 children by Mrs. Helen Onyema and Mr. Micheal Onyema. He was born in 1964 and was raised in Warri, Delta State, although he originates from Ihiala LGA in Anambra state. He attended the Government College in Ugheli during his secondary school days and also obtained a Law degree at the prominent University of Ibadan after he (Allen Onyema) left Government College in 1984. During his days at the University of Ibadan, he led a group of 9 other students to travel to Zaria to calm a furious religious and ethnic riot that led to countless deaths. As a result of the publicity his peacekeeping mission received on return to the university campus, his passion grew and this led to the formation of a group called Eminent Friends’ Group. Allen Onyema formed the group with the objectives of promoting ethnic harmony amongst Nigeria’s diverse ethnic groups and curbing the incidence of religious violence in the country.

Allen Onyema tied the knot with his wife Alice Ojochiba Onyema, an Igala woman from Kogi state in 1993. He has been married for over 10 years and blessed with four children, Nnenna, his first-child, Chinonso his first-son, second-child, Obinna – his second-son and Ugochukwu – his last son. He got married at the age of 29 and his reason for the early-marriage was a homage to his dead mother who died of kidney failure then.

Allen Onyema established a real-estate business which he called Allen Onyema & Company and he also runs an import trade outfit called Continental Business Links Ltd. He is also the owner of Air peace, a private Nigerian airline that was founded in 2013 but took off on 24th October 2017 due to some hassles, its headquarters in Lagos State. Air Peace is known to provide transport service by air to the major cities in Nigeria as well as other countries such as Senegal, Sierra Leone, Liberia, Ghana, United Arab Emirates, USA, Gambia, and more.

Aside from being a businessman, Allen is also a philanthropist, he is the National Chairman of FEHN (Foundation of Ethnic Harmony in Nigeria) and has also been appointed as the Executive Board of ICNC, International Center on Nonviolent Conflict, where notable world leaders such as Hon. Dr. Andrew Young and Suarez Ramos are members. Chief Allen Onyema also organized the “1st Nigeria Forever Project” a project steered towards the promotion of broad nationalism as against ethnic nationalism, the project was supported by the Nigerian Federal Government.

Allen Onyema could be said to be an undercover billionaire but he became known during the Xenophobic attack in South Africa where he had offered Air Peace’ planes to transport Nigerians back into the country from South Africa. His kind gesture was recognized and recommended collectively by the members of the House of Representatives but not without critics. 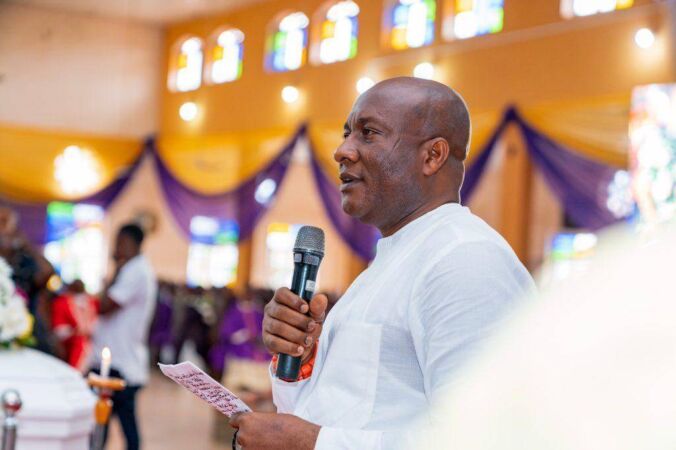 Chief Allen has received various prestigious awards both nationally and internationally. He won the hosting rights for International Conference on Nonviolence and Peace in 2007.

Loving someone is choosing them every day – Simi

Chief Onyema was once accused of bank and money laundering by the United States Justice Department, an allegation which he denied. According to him, “the allegations are false and in no way in line with my character as a person and as a businessman” The US Justice Department, Attorney’s Office, Northern District of Georgia alleged that Allen Onyema and the company’s chief of administration and finance, Ejiroghene Eghagha, illegally moved more than $20 million through an American bank account using false documents to procure airplanes for Air Peace.

Allen Ifechukwu Onyema is the Chairman of Air Peace Airline, a lawyer, businessman, and a Conflict resolution expert. He is one of the most influential and richest men in Nigeria with multiple sources of income. Allen Onyema’s net worth is an estimated $300m.