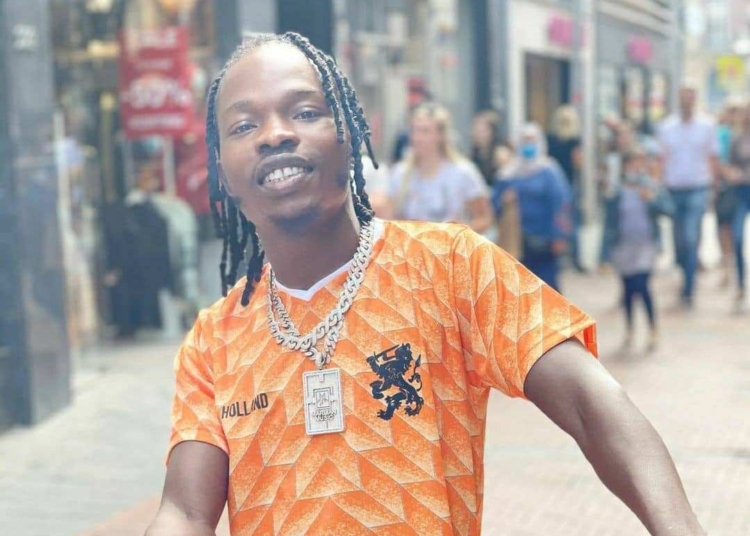 Who is Naira Marley?

Naira Marley is one of the record-breaking artists in Nigeria. He came into the music industry and caused a huge stir in less than 2 years. He has remained consistent in the news with controversy. The “Tesumole” crooner came under fire after he hosted a concert with BBnaija Kim Oprah in Abuja, amid lockdown due to the COVID-19 pandemic in Nigeria. He was blasted for going contrary to federal government directives of social distancing and inter-state lockdown. In as much as his controversy remains, Naira Marley and Zlatan Ibile are fondly entitled to be the inventor of what could be termed a fast-rising music genre, Zanku. Naira Marley’s biography and net worth will be in our focus today. This article will inform you on everything you need to know about Naira Marley. His biography, age, net worth, controversies, education, Naira Marley’s marital status, and so on. It didn’t take long since Naira Marley’s first hit music, he carved a fanbase for himself which he called “Marlians”. Marlians have received numerous misinterpretations. They are mostly perceived as a lawless and “mannerless” set of people. But in actual sense, it just a name for those who love Naira Marley and his songs and culture. Equally prominent musicians, like the likes of Asa, WizKid have identified to be Marlians. In this post, I will be writing about Naira Marley biography, age, date of birth, wife, net worth, arrest, and other facts about him. First let’s look at his profile summary.

You can watch Naira Marley’s biography summary in the video below or skip it to read it all in detail.

Naira Marley’s real name is Azeez Fashola but he is preferably addressed by his stage name “Naira Marley”. He was born on 9th May 1994 in Agege, Lagos state, the southwest region of Nigeria. Naira Marley is 26 as of 2020. He was born into the family of Mr/Mrs. Fashola in Agege, Lagos State, Nigeria but he spent his childhood outside Nigeria. At the age of 11 years old, Azeez moved to Peckham in England for his basic education. He studied at Porlock Hall before he attended Walworth School to obtain his General Certificate of Secondary Education. Most people tag “Marlians” to be drop-outs but he graduated with a distinction in business from Peckham Academy. Even, he studied business law at Crossways College which is now known as Christ the King Sixth Form College in London. Naira Marley is married to two women and has four children. This is revealed in the file presented to the court while he was arraigned to court by EFCC. Two of his daughter’s names are Aishat Fashola and Simiat Fashola.

Naira Marley started his professional music career in 2014, at the age of 20. He unraveled his enthusiasm toward music and received intense encouragement from his friends which caused him to release the track “marry Juana” which featured Max Twigz. He went ahead to release his debut EP album titled ‘Gotta Dance’ in 2015.

Naira Marley’s impart to the Nigerian music industry cannot be overemphasized. He had always wanted to be an MC (master of ceremonies) or a voice-over artist but he ended up a musician. His music lyrics comprise mostly, Pidgin English, and Yoruba his dialect. He is specialized in Fela’s Afro-beat genre and Hip-pop genre. His name was coined from Bob Marley, a Jamaican singer, likewise his hair.

and features top artists including;

Lord of Lamba sound production was handled by Killertunes, Rexxie and Studio Magic.

Naira Marley hosted one of the biggest music concerts in Nigeria, Marlian Fest, on 30th December 2019. Marlian Fest held at the Eko Hotel and Suites featuring top music icons such as Wizkid, Davido, Olamide, Phyno, Tiwa Savage, Zlatan Ibile. It was During the Marlian Fest that Naira Marley announced the conception of his record label Marlian Records and signed Cbluck, Zinoleesky, MohBad and Fabian Blu into Marlian Records.

Naira Marley’s most epic year was 2019. He released a controversial music single titled “Am I A Yahoo Boy” featuring Zlatan. He also released a moral challenging song title “Soapy” also featuring Zlatan Ibile. Both songs were well accepted by Nigerians thanks to the fast-rising culture “Marlians” After he released “Am I a yahoo boy”, the Economic and Financial Crimes Commission (EFCC) arrested Naira Marley following series of “Yahoo Yahoo” supporting videos the artist posted on his social media handle and a subsequent release of the controversial song. The EFCC arrested him for internet fraud and charged him to court on 11 count charges. Naira Marley regained his freedom from prison on 27th June 2019 and released the other single “Soapy” after he was released from prison.

Naira Marley was arrested by the Economic and Financial Crime Commission (EFCC) alongside his best friend Zlatan Ibile and three other friends on exactly 10th May 2019. 5 days later, the EFCC released Zlatan Ibile and the three others who were arrested alongside Naira Marley; however, Naira Marley was remanded in their custody due to implicating evidence against him. The EFCC filed 11 count charges against Marley before a Federal High Court in Ikoyi, Lagos, on 16th May 2019. The charge was crimes related to internet fraud and cybercrime and carried a potential sentence of seven years in prison if guilty. On 19th May 2019, he released a single “4 Nights In Ekohtiebo” while he was still in prison. He used the song as a medium to narrate his ordeal at “Okotie Eboh” the location of the EFCC prison were he was remanded. Ekohtiebo is believed to an intentional misspelling of Okotie Eboh. In the 4 Nights In Ekohtiebo’s lyrics, Naira Marley talked about his friends, foes, and other people who he encountered in the music industry and have admired him.

Naira Marley was summoned before a Federal High Court in Lagos and he pleaded “not guilty” after which a bail hearing was set for him on 30th May 2019.

Naira Marley who didn’t seem to understand the situation he has found himself released another single titled “Why” on his day of the court hearing. The cover art for the single was a picture of Naira Marley in handcuffs as he expressed deceit and pretense and false promises he experienced in the song. The song “Why” was supposed to be seen as work pre-done in the foresight of the arrest. Marley was finally granted bail in the sum of ₦2,000,000 and the court case was adjourned till 22nd October 2019 for the commencement of trial. On 14th June 2019, Marley was free from the claws of the EFCC custody after perfecting his bail conditions, just 14 days after being granted the bail.

Naira Marley won the Viewer’s Choice Award for his hit single “Soapy” at the Soundcity MVP Awards on 11th January 2020. In 2019, he was nominated for Best Pop, Street Song of the Year, and Artiste of the Year (Male) at the City People Music Awards.

Naira Marley is one of the richest artists in Nigeria who has a high level of influence in the music industry and society. His net worth is an estimated $1.2 million.