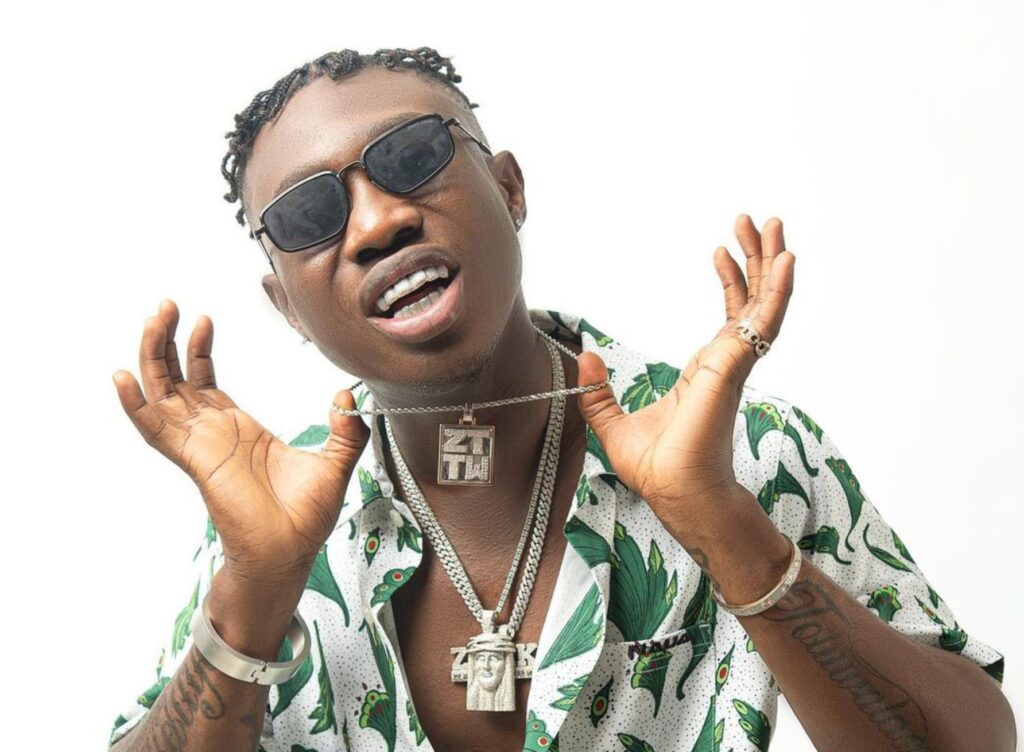 Who is Zlatan Ibile?

Zlatan Ibile is a Nigerian singer, songwriter, musician and dancer. He is the CEO and founder of Zanku record.

Zlatan Ibile whose real name is Omoniyi Temidayo was born on December 19, 1994. Zlatan Ibile originates from Ekiti State in the Southwest region of Nigeria. Zlatan Ibile, a Yoruba man graduated from Moshood Abiola Polytechnic, with a higher national diploma (HND) in Business Administration. His music all began in 2011, shortly after he graduated from the polytechnic.

His real name is Omoniyi Temidayo, you already know that but he coined his stage name from the popular footballer Zlatan Ibrahimovic. Ibile in his name means “local”. So Zlatan Ibile means Local Zlatan. Little wonders his iconic dance step, Zanku legwork assumes a footballer doing a dummy.

Steve Chuks biography and net worth

Zlatan Ibile doesn’t have much of a music background, but he started pretty early in making music. At the age of 19, the Zanku crooner won Airtel’s “One Mic Campus Tour” music competition in Abeokuta, Ogun state. His first pitch to stardom was when he first came in the Nigerian music scene in 2017 when he released a single titled “My body” featuring Olamide.

Zlatan Ibile’s “My body” caught the attention of Nigerian superstar, Davido, as Davido was seen in an Instagram video grooving to the song.

Zlatan Ibile has always wanted to reach to the stars. A song he released featuring Lil Kesh, “Able God” earned him a spot at the top with millions of views across streaming platforms. Zlatan Ibile has collaborated with many big names in the industry, the likes of Olamide, Davido, Naira Marley, Burna Boy, Lil Kesh, Chinko Ekun. His selling point in the music industry has been his dance steps that almost all Nigerian musician welcomes.

Zlatan Ibile once performed at the O2 arena during a show hosted by Wizkid. This he attended instead of the 2019 Headies award. He was nominated for the next rated category in the 2019 Headies award. But his career is not void of tainting arrest and accusations. Zlatan Ibile was once mobbed by gang members of Aye cult during one of his performances in the United States. This is in addition to the brutality he endured from thugs after helping one Segun Wire. The thugs accused him of using Segun Wire for publicity whereas he intended to help the boy who uploaded a video on the internet saying he wants to be an online fraudster. Zlatan Ibile is one of the Nigerian artists who rose to fame so fast, like his counterpart, Naira Marley.

Zlatan Ibile mainly raps in the Yoruba language which has an already-made sensation, thanks to Olamide. Zlatan’s fans base clocks in millions on Instagram. Aside from being a musician, Zlatan Ibile is also a dancer, MC, and performer. Zanku “Leg Work” was Zlatan Ibile’s greatest invention. It drew him the attention of Nigerian top musician of the year, Burna Boy. Zlatan and Burna Boy did a song titled “Killin Dem” which is a hit back to back. “Killin Dem” won numerous awards both locally and internationally. In 2020,  Zlatan Ibile launched his new Music label called ZANKU Records. 10 days after the launch of ZANKU Records, Zlatan Ibile signed in Astalavi, his pet dog to Zanku Records.

His latest solo single “Yeye Boyfriend” which centers of saying goodbye to a low-budget, non-caring boyfriend, was much accepted by Nigerians.

Zlatan Ibile was nominated to win these awards;

Zlatan Ibile’s girlfriend is Seyi Awonuga, the CEO of Bang Mewsic Entertainment. Since Zlatan Ibile is not signed to any music label at the moment, it is supposed that Seyi was the one who signed Zlatan into her record label. Seyi has always been there with him all through the time until he started becoming a force to reckon with in the music industry. Seyi Awonuga, Zlatan Ibile’s girlfriend was spotted in a video pleading with the EFCC to release her boyfriend, after his arrest alongside Naira Marley.

Zlatan Ibile’s net worth is around $200,000. Although net worth is not official it is certain is that Zlatan Ibile makes reasonable money from his music sales and performances.