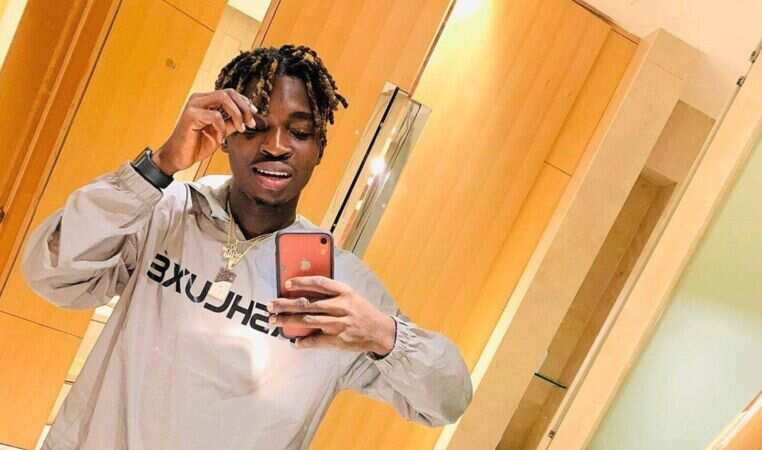 Papisnoop aka Alaga Adugbo is a popular musician in Nigeria. He is popularly known for his rap style of music. Papisnoop’s real name is Ibrahim Oladapo Lawal, but he prefers to go by his stage name. He is from a Yoruba background and grew up in Lagos state. The young artist came into the limelight after he featured in Zlatan Ibile‘s single titled “Unripe Pawpaw”.

In this post, I will be writing about Papisnoop biography, net worth, career, age, and other facts about him. First, let’s look at his profile.

Papisnoop, born Ibrahim Oladapo Lawal, was born on March 21st. He attended Olabisi Onabanjo University (OOU). The artist is believed to be in his 20s and hails from a Yoruba tribe.

Papisnoop began singing in 2016 when he released his first single titled “The Hustle”. Papisnoop brought attention to himself after he did a cover to “Panda” a song by Desiigner. “The Hustle” was much welcomed by his fans. He also dropped another, “Ibadi”, single in 2016, where he featured Zlatan Ibile. However, Papisnoop came to the limelight after he was signed into Zlatan’s record label, “Zanku Records” alongside Jamo Pyper and Oberz in 2019. In the same year, he featured in Zlatan’s debut album, “Zanku”. Papisnoop also featured with Jamo Pyper in Zlatan’s single “Unripe Pawpaw” in 2020.

Throughout his career. Papisnoop has worked with various notable artists in Nigeria, such as Naira Marley in his 2019 single “Pay her money”. Other artists he has worked with include, Bella Shmurda, Zlatan, Oberz, Jamo Pyper, Mohbad, and Zinoleesky. Some of the singles which he has released include;