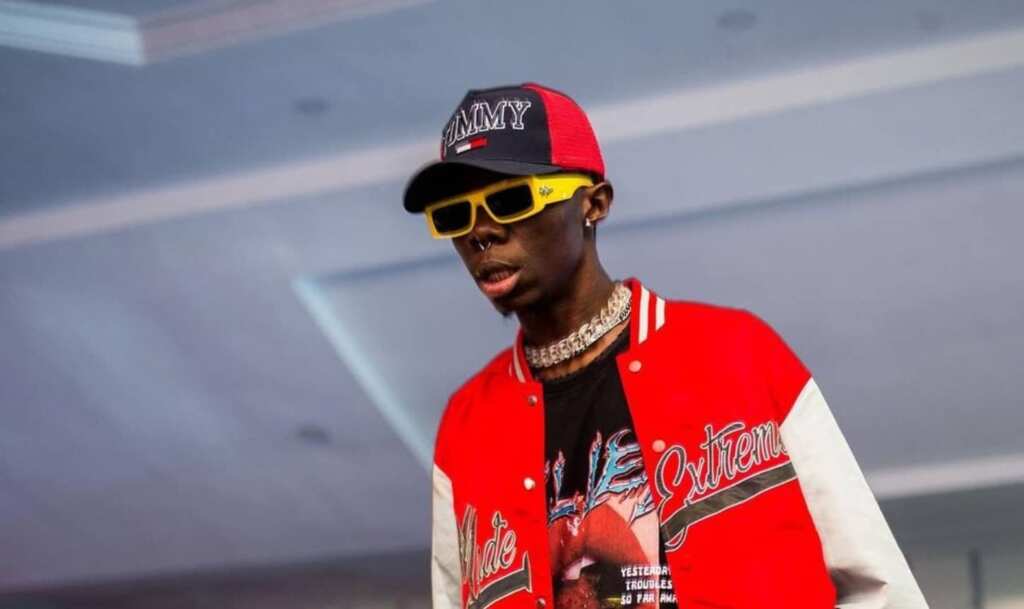 Blaqbonez is a famous Nigerian rapper known for blending Yoruba and English in his rap. Reading through Balqbonez’s biography which we’ve written in detail here, you will get to know that Blaqbonez was born on 29th January 1996. Blaqbonez is signed into 100 crown music label, he is known for winning Terry Tha Rapman’s Zombie Competition in 2012. In this piece, we will be looking at Blaqbonez Biography, age, record label, net worth.

Blaqbonez’s real name is Akumefule Chukwuemeka. He was born on 29th January 1996, therefore Blaqbonez’s age as of 2020 is 24. Judging by his name, Blaqbonez hails from Imo state, a state in south-eastern Nigeria dominated by the Igbo tribe. He grew up with his mother, a pastor, in a Yoruba and Urhobo mixed environment. He had his tertiary education at Obafemi Awolowo University (OAU), where he read an Engineering course.

Blaqbonez started his rapping at the age of 13, in 2009. His cousin challenged him in a rap battle against a 12-year-old who they heard over the radio rapping. Blaqbonez took up the challenge and that was when his rapping all began. In 2011, Blaqbonez started participating in underground rap battles. He eventually won Terry Tha Rapman’s Zombie Competition in 2012, beating 3000 rappers in the challenge and that brought him to the close to his fame. In the same year, he featured on Terry’s 2012 mixtape titled “World Domination” alongside top Nigerian musicians including Olamide, Vector, Mode 9, and Spellz.

Blaqbonez continued to enlarge his fanbase after he won the Tosinadeda’s radio palm wine, in 2015. In the same year, Blaqbonez emerged as the1st Runner up in Vector’s king kong rap competition, and he also won the Rhythmfm Freestyle Fury becoming RhythmFm’s artist of the month that year. In the same year, 2015, Blaqbonez released his third Ep titled CTAT – (Cassette Tapes and TVs). In addition to his laurels in 2015, Blaqbonez became the Hennessy Vs Class winner, a competition initiated by Soundcity. Blaqbonez became popular after he released his “South Africa Must Go” music album where he featured Oladips.

Blackbonez describes himself as BRIA – “Best Rapper in Africa” in a diss track and during an interview with The Punch newspaper. The diss track made him famous but brought lots of controversies as it challenged bigger Nigerian rappers such as M.I. Abaga and Vector. Blaqbonez later quoted that the diss track was a wake-up call to African rappers whom he described as being lazy. He was also tagged as the rapper “Carrying the torch of Nigerian rap” by the Guardian newspaper.

Blaqbonez’s recent and 9th Ep titled “Mr. Boombastic” was released on 25 October 2019. It was released a day after Blaqbonez released a promotional single “Jesus Is Black” which served as a letter to Kanye West. In it, Blaqbonez tells Kanye West to postpone the release of his “Jesus Is King” music album which had the same release date as Blaqbonez’s “Mr. Boombastic” music album. Blaqbonez’s latest releases are a diss track to South African Sound City MVP Awards winner Khaligraph Jones, titled “Green Blaq Green”, released on 15th January 2020 and “Haba”, a rap single released on 20th March 2020.

Blabonez has 8 EPs and several mixtapes to his credit, however the rap singles he has released includes

Blaqbonez is a controversial rapper but his affluence cannot be undermined. Blaqbonez net worth is not in records but we expect his net worth to be within an estimated $200,000.