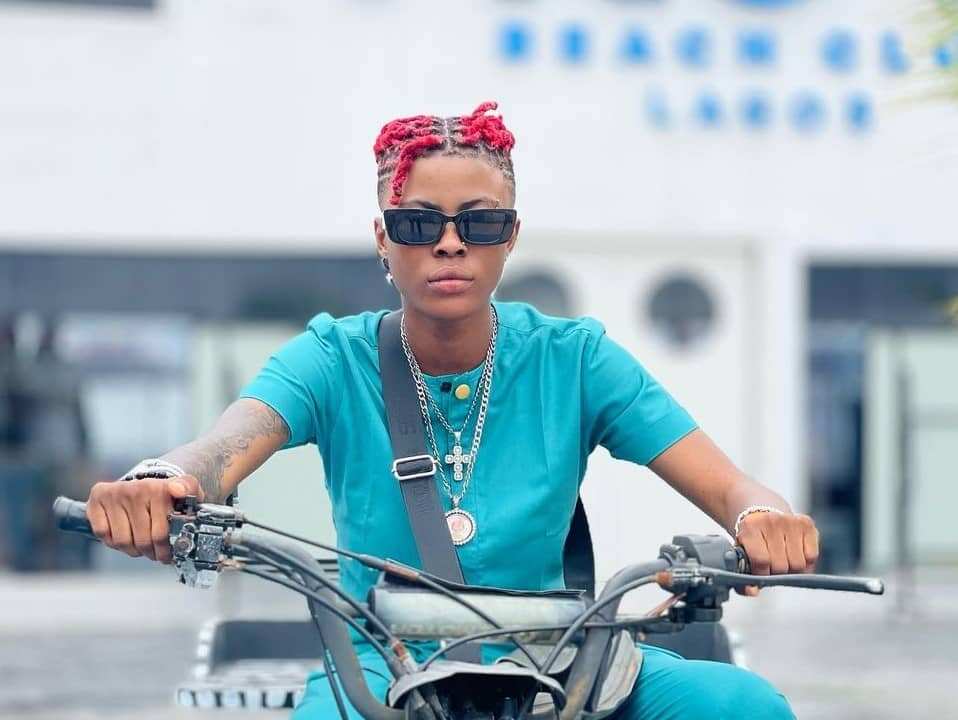 Who is Candy Bleakz?

Candy Bleakz is a fast-rising female-rap sensation in Nigeria. Born on August 5th, 1999, Candy Bleakz is 21 as of 2020. Candy Bleakz’s real name is Akiode Blessing and she became popular after she won Upcoming Artist of the Year at the Afrika Shrine, an open-air entertainment center located in Ikeja, Lagos State. She earned a spot in the rankings after featuring Zlatan and Naira Marley in a hit single titled “Owo Osu”. Candy Bleakz biography, age, and net worth will be covered in this piece as we also look to tell you other facts about her.

Candy Bleakz was born on August 5th, 1999 as Akiode Blessing. She is a native of a Yoruba-dominated part of Nigeria, Epe in Lagos where she was born and raised. As she pursues a career in music, she doubles as a student, currently schooling at Olabisi Onabanjo University where she is reading Physiology.

Candy Bleakz happens to be the next big thing in Nigeria, she is one of the best Nigerian female rappers with incredible flows. She goes with the moniker, Ladies Dragon. She has been singing for about 8 years having released a single titled “Blessing Sky” in 2013.

In 2016, Candy started Working on a couple of Singles which she recorded at My Styles Production and other producers in the music industry and she also came second in the Lagos Talent show. Candy Bleakz featured during Felaboration, an annual music festival by Yeni Anikulapo-Kuti in memory and celebration of her father Fela Kuti. Candy performed twice on the stage and eventually went home with the Best rapper Award. In April 2020, she released another single titled “Kelegbe”.

Candy Bleakz also won the Upcoming Artist of the Year award at the Afrika Shrine event. She has also made appearances in major events such as; Nigezie TV (10th Anniversary), and One Lagos Fiesta.

Candy Bleakz’s rap is gaining massive applause and she has the street’s love. She popularly raps in her native language “Yoruba”, infusing it with relatable lyrics and street slang. Candy Bleakz is Signed to Chocolate city record label after she has released singles such as

Candy Bleakz is a fast-rising rapper and is currently a student. She has featured top artists and landed a record deal. However, as of the moment of this post, Candy Bleakz’s net worth has not been calculated.