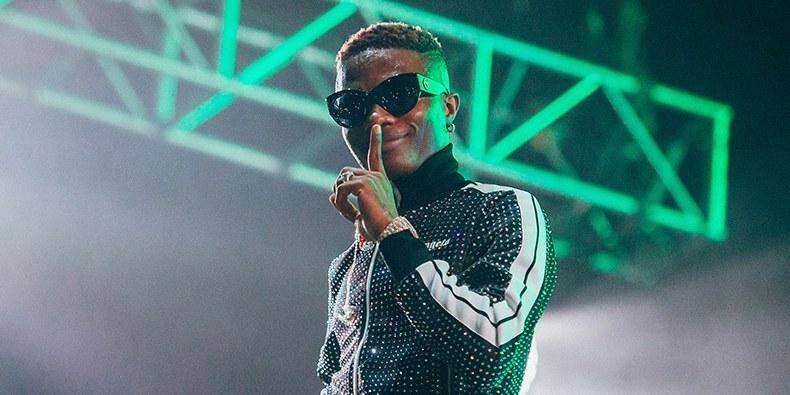 Wizkid is a Nigerian singer and songwriter. He is one of Africa’s biggest artists and the most decorated Nigerian artist ever. He is also the most decorated African internationally, and the leading Afro-pop artist of the modern era. He plays in the top league with the likes of Burna Boy, Davido, 2face, etc.

We got you correct and updated information on Nigerian singer and songwriter, Wizkid as we look at his biography, career, net worth, and education. Wizkid is popularly known as one of the greatest music icons in Nigeria. His music is being played globally and his concert at the O2 arena is always a sold-out event.

His beginning was not all rosy, Wizkid lived in slums and ghettos during his early stages of life. Starting a music career in Nigeria isn’t that easy, but Wizkid pushed through. He served and paid his dues to legendary music icons, such as Banky W and 2face. For this page we’ll tell you facts about Wizkid that you probably didn’t know, this includes his cars and net worth. First, let’s look at his profile.

Ayodeji Ibrahim Balogun popularly known as Wizkid is a Nigerian international singer and songwriter born on July 16, 1990, into a polygamous family of three wives. His mother’s name is Jane Dolapo and his other two siblings born by his mother are Yetunde Balogun and Lade Balogun.

Wizkid grew up in Lagos, Surulere precisely with twelve female siblings. His mother, Jane Dolapo is a Pentecostal Christian while his father was Islam. The international artists attended Ijebu Ode Grammar School and music has always been his fantasies. His favorite musicians who greatly influenced his style of music are King Sunny Ade, Fela Kuti, and Bob Marley.
Wizkid began singing at the age of 11 in a church music group called the Glorious five and bore the stage name “Lil Prinz”.

It remains uncertain which religion describes Wizkid but from his early life, he has a Christian background. His father, however, being a Muslim gave Wizkid an Islamic-related name – Ibrahim.
Wizkid during an interview with Tim Westwood in 2012 didn’t say much in terms of his religion. So, therefore, it remains uncertain.

Before Wizkid became one of the top-music artists in Nigeria, it wasn’t an easy ride. Growing up in Sululere Wizkid met OJB Jezreel aka Babatunde Okungbowa, a record producer of the greatest hit albums and singles in the history of R&B hip-hop music in the entertainment scene in Africa.
While Wizkid paid visits to OJB’s studio he watched as Nigerian legendary musician 2 face Idibia record songs for “Grace 2 Grace” album. Wizkid’s music career cannot be written without mentioning artists such as Banky W, Naeto C, 2 Face Idibia, and Sound Sultan. He was live during Sound Sultan’s “Jagabantis” recording. Naeto C according to Wizkid was the one who mentored and coached him when he was 15 years old. In 2009, he signed a contract with Empire Mates Entertainment where he co-authored “Omoge You Too Much” a song Banky W included in “The W Experience” album. While working on his “Superstar,” album Wizkid collaborated with top record producers such as E-Kelly, Jay Sleek, Shizzi, DJ Klem, Masterkraft, Q-Beats, and Samklef.

Wizkid got the attention when M.I featured him in a song titled Fast Money. Fast money drew media attention on release bagging several nominations and awards in 2009. In 2010, Wizkid dropped “Holla at Your Boy”, the song which earned him the Next Rated Award and nominations for Best Pop Single in the 2011 edition Headies Award. Wizkid achieved a milestone in the Nigerian music industry which no Nigerian music artist has achieved. His international nominations include MTV Europe Music Award (five times), American Music Award (thrice), World Music Award (four times), Grammy Awards (once). Since 2010 till date, Wizkid has gotten 118 Nominations in various awards, out of which he won 30.

2015 – 2017 could be said to Wizkid’s favorite moment of his career. It was during the period that he worked with foreign international artists such as Drake, Chris Brown, Skepta, and Angélique Kidjo. Although Wizkid has done a couple of shows and features outside Nigeria, he went full international after he put to papers a deal with RCA Records, a Sony Music subsidiary. His latest music “Joro” is climbing the chart across many streaming platforms. On Youtube, Joro has 7,840,562 views tops.

Ever since Starboy became Starboy, he has been in personal connections with more than one woman. Call it the celebrity thingy of having baby mamas. Wizkid’s known girl-friends include Sophie Rammal, Sola Ogudugu – his baby mama, Tonto Dikeh, Binta Diamond Diallo, Tania Omotayo, Chidinma Ekile, Hudda Monroe, and Seyi Shay. Well, that is the list of my past girl-friends. The current woman to add to the list of his girl-friends according to popular rumors is US-singer, Justin Skye.

Wizkid’s net worth is an estimated $14 million (fourteen million dollars) – which sums up to N5.068 billion Naira. It cost’s you quite a fortune to call Wizkid for a show, he charges N6 million per show. That’s one of his sources of income. Wizkid owns a record label of his own; he also makes lots of money from endorsements. In 2012, Wizkid signed a one-year endorsement deal with Pepsi which was reportedly worth $350,000.

In 2013 when he created his record label, he signed an N110 million naira. contract with MTN. Two years later, he became one of Globacom’s brand representatives for a whooping sum of N180 million naira. This year Wizkid landed a UBA ambassador deal worth more than $4 million.

Starboy is rich and rich men are known to be lovers of cars. Wizkid’s cars include,

In total, Wizkid has 8 cars, each of them expensive.