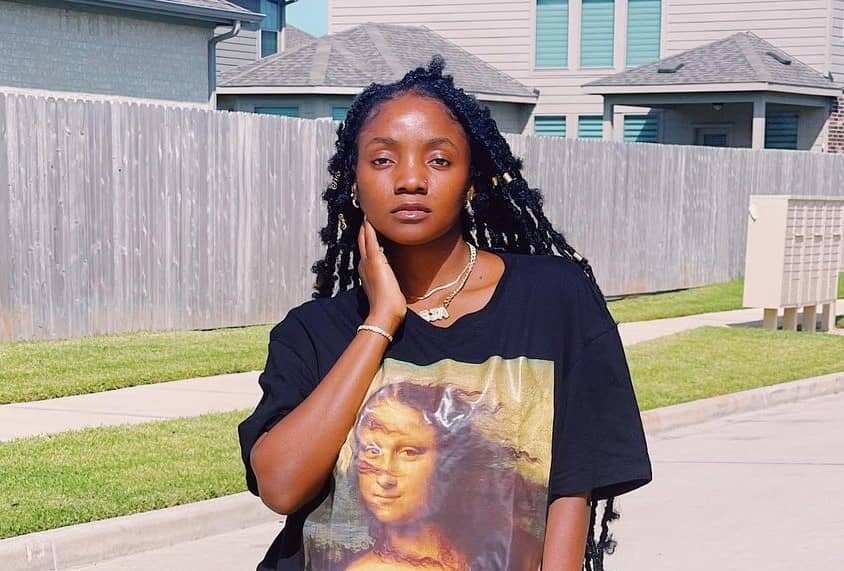 Sim is a renowned Nigerian musician. She is one of the top female musicians in Nigerian with a set of laurels and records. Let’s talk about one of Nigerians most talented female musicians, Simi aka Simisola. We will be looking at Simi’s biography, net worth, career, marriage, and personal life. We’ve looked at the biography of great musicians like Johnny Drille and Wizkid and believe me you, each of them has a story from which you can draw lessons. You will get to learn how Simi started singing and how she got to the limelight. If you don’t want to read the whole article, you can watch the video below, it sums up Simi’s Biography in 2 minutes.

In this post, I will be writing about Simi biography, age, career, net worth, husband, and other facts about her. First, let’s look at her profile summary.

Simi’s full name is Simisola Bolatito Adeola Opeyemi Oreoluwa Ogunleye. That’s quite a long name to put into official documents. So Simi officially goes with a shorter version, Simisola Ogunleye while the name “Simi” is used for her music career. Simi was born on April 19, 1988, in Ojuelegba in Surulere. She grew up in a family where she was the last of four children and she was the only girl child. Somebody quoted that Simi grew up being a tomboy (a girl who exhibits characteristics or behaviors considered typical of a boy). Well, that is understandable, looking at the environment where she grew up, Ojuelegba, and being the only girl out of 4 children. Simi was raised by a single mum, Mrs. Jedidiah Ogunleye after her father separated from the family when she was 9. Simi’s father, Charles Oladele Ogunleye died in 2014. Simi’s mother got remarried to another man in January 2018. Simi attended Stars International College, a secondary school in Ikorodu, Lagos State also she is an alumnus of one of Nigeria’s top universities, Covenant University, where she studied mass communication.

Simi is married to Nigerian afro-pop musician, Adekunle Gold after rumors and speculations were that she would get tied to Falz whom she released an intimate EP album with, “Chemistry”. There were rumors that she could also get married to Johnny Drille after they both sang “Hallelujah”. However, Simi got happily married to Adekunle Gold on 9 January 2019 and the couple is expecting a baby soon. Before Simi tied the knot, she has not been open to the media concerning her relationships. She kept it private and off social media. She welcomed her first child with Adekunle Gold on 30th May 2020. The couple named their daughter Adejare Kosoko.

Every great musician has a humble beginning, Johnny Drille, Wizkid, name them. They didn’t just bash into the studio and released great songs. They all went through a process and Simi is not exempted. Simi started singing in her local church at the young age of 10. Her music career traces back to her local church where she sang in the church’s choir. Simi’s professional music career started in 2008 when she turned 20. She started as a gospel musician, owning to her background. Her first Album was Ogaju produced by Samklef, and here is a piece from it. Her voice is simply natural.

Simi is a celebrated Nigerian, thanks to her uniqueness. She steered into secular music in January 2014 when she released her first 5 songs EP-album titled “Restless”. Restless an EP consisting of covers of songs by Adele (Set fire to the rain) and Rihanna (Man’s down) earned her a record deal with X3M Music, where she is currently signed. She sprang to fame with the release of “Tiff” and “E no go funny” which got her much attention as “Tiff” was nominated for Best Alternative Song at the 2015 edition of The Headies. The video for “Tiff” was directed by Josh Clarke and subsequently released on August 30, 2015, a year after the audio was released. Simi took off from there releasing more hits songs featuring top artists like Falz and Adekunle Gold, whom she is now married to. Simi is popular for “Soldier” a song she did with Falz the bahd guy. We are still expecting a song from Teni and Simi.

Simi in 2020, released a new single, Duduke, in which the music video hinted that the singer is pregnant and expecting a baby soon.

Simi has been nominated for 27 notable awards since the beginning of her career, of which she has won 11. Her latest awards as at the time of this post are,

Simi’s third studio album, “Omo Charlie Champagne vol 1” was released on her 31st birthday April 19, 2019, and is dedicated as a tribute to Simi’s father. The album is full of hit songs like “Jericho ft Patoranking”, “By you ft Adekunle”, “Mind your business ft Falz”, nevertheless the first song “Charlie”, is a soulful tribute that mourns Simi’s father.

Simi’s net worth is an estimated $1 million. Her music has won a good number of awards. In addition to her music career, Simi has bagged so many endorsements. Simi was once endorsed by Etisalat, now 9 mobile on 10th February 2017.  She was also Opera Mini’s brand ambassador in 2018. Simi is the epitome of talent. She is often compared to Nigerian top-female musician – Tiwa Savage.