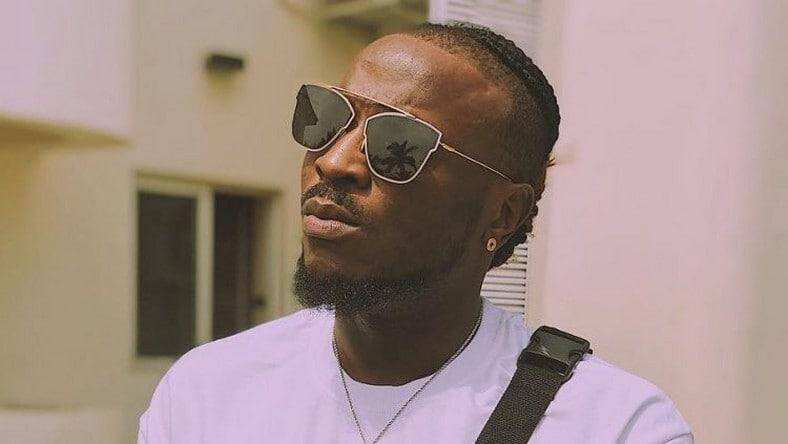 Talent is what is most appreciated in the creative industry. So today, we will look at one of the talented and unique Nigerian singers – Peruzzi. We will spell out his Peruzzi Biography, Age, Songs, career, and net worth.

Peruzzi’s real name is Tobechukwu Victor Okoh although he goes with the stage name Peruzzi as a Nigerian singer, songwriter, and performer. Peruzzi, Chioma’s Cousin was born on December 5, 1989, and he attended Lerato Primary school in Egbeda and for his secondary school, he attended command day secondary school both in Ikeja, Lagos. The urban artist studied Medicine and surgery outside Nigeria, at Odesa National University in Ukraine. Peruzzi is a recording artist who started singing at the age of 7. he didn’t have a successful beginning in his music career because it didn’t go well with his parent’s desires. However after the family met and deliberated on the path which Peruzzi should go, they let him venture into music.

Peruzzi’s music flavor is innate, he started singing at the age of 7 and that was in 1996. His first studio session was in 2007 under GoldenBoy Entertainment. Peruzzi was formerly called TC Peruzzi before the TC was scraped. He came into the limelight with “For Your Pocket” music single where he featured LK Kuddy. The music was produced by Speroach Beatz in July 2017.

A few months into the hall of fame he caught the attention of one of Nigeria’s top musicians – Davido. In November 2017 Davido signed Peruzzi into Davido Music Worldwide (DMW) with the likes of Mayorkun and Dremo already present in the label. Now, he is currently signed into The Plug Entertainment music label.

Peruzzi is new in the industry but he has bagged more dirt than he should and has attracted some negative backlashes and trended for the wrong reasons on social media. Peruzzi attacked a Nigerian social media influencer, Pamilerin in June 2019, displaying thuggery and cultism for a comment the social media influencer made in June. This happened the same year when Peruzzi and Teni were nominated for Headies award “Next Rated Award”.

However, Teniola Apata, aka Teni eventually won the category leaving Peruzzi bittered and patiently waiting to attack Pamilerin at the Headies Award function in Port-Harcourt alongside his thugs.

What did I go to Bayelsa for, I had no idea I was going to come back to Lagos with a mini swollen eyes, all thanks to your fav for blessing me with that. I would have stayed in my Lagos and enjoy the traffic in peace.

After the event it was time to go back to Lagos and face traffic, I got into the bus that was taking us to PortHarcourt from Bayelsa, next thing I heard was, come down here, then I felt heavy hand pull me down.

All I could hear was, are you AYE(cult), I could not respond because I was lost in thought. What is happening I said to myself. Then this guy dragged me where Peruzzi was standing. Ohh, it’s you, I said to myself.

Next thing, your super star Peruzzi pulled me up with the help of his bouncer holding my hands, the next thing I heard was boom. Is that from THOR I said to myself. He started screaming, don’t you ever tweet about me again, you are mad, who do you think you are.

This continued to about 20 minutes, everyone around was shocked and dumbfounded, he said how on earth will I compare him with Teni ?He said he does not care, but this is you abusing me after 6 months.
– Pamilerin narrated the story

Pemilerin had made a comparison tweet on the 6th of January, 2019 before the Headies Award. Pamilerin asked Peruzzi not to compare himself with Teni who has put in a lot of work and deserved to be given her moment and credit.

Peruzzi was also involved in the story of an 18-year-old who shared a picture of her and Peruzzi on the bed. Rumors have it that the 18-year-old went missing after sharing the picture online. Amidst the rumors and scandals, Peruzzi who is related to Chioma, David’s wife, featured in Davido’s Goodlife album with “Disturbance”.

Peruzzi is budding and talented as he was once nominated for Rookie of the Year at the 2018 headies awards. Peruzzi has an estimated net worth of N50 million which is $138,000.