Johnny Drille real name is John Ighodaro, born on July 5th, 1990 in Edo State Nigeria – he is 29 as of the time of this article. Johnny Drille is a devoted Christian, born into a Christian family of seven including mother and father who is a clergyman and a school principal. Johnny Drille music talent is innate – he started in his father’s church and sang around his siblings. I wonder what they thought of Johnny Drille then, a noisemaker ?.

Johnny Drille’s kind of music creates a deep connection with the soul. And the reason behind that is because Johnny Drille is an introvert. He made this public via his social media early this year.

Moreover, Johnny Drille is Introvert looking at how he held his first concert – Johnny’s Room Live. Introverts don’t fancy crowds that well – they prefer simplicity and intimacy and that’s the description for Johnny Drille’s first concert. We can’t say much concerning the singer’s love relationship except that he is single and that his song “Finding Efe” reveals that he is searching.

In his spare time, Johnny Drille does song covers which he shares to his fans. Grace by M. smith being the latest.

Johnny Drille moved on from the University of Benin in 2012 where he obtained a Bachelor of Science qualification in English and Literature. Drille began his music career at a youthful age, and everything started in his dad’s congregation.

In 2006, he chose to focus on music production and taught himself the required skillset using cassette recorders. It was not an easy climb for Johnny Drille, he has had his fair share of failure. Johnny partook in the sixth period of, MTN Project Fame in 2013, where he was eliminated in the tenth position.

Elimination from Project Fame did not mean the end of his career, Johnny kept on recording and releasing his music despite his small audience. 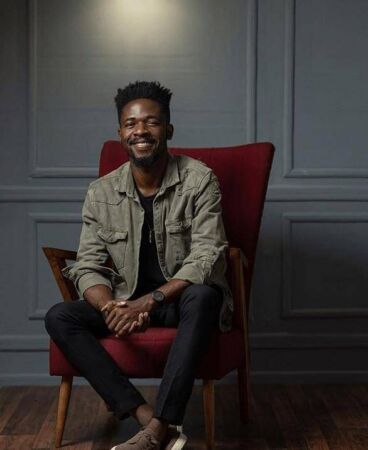 Read Also: Signs that someone is hiding their feeling

How Johnny Drille Got into the spotlight

Johnny’s story changed drastically after he recorded a cover “Awww” by Di’ja. His “Awww” cover brought him a huge fan base and like a magnet got the attention of Mavin’s boss – Don Jazzy. He used the same energy to release and promote a single “Love Do not Lie” in June 2013.

On 12 August 2015, Johnny released “wait for me,” which gained boundless popularity. On his choice of the folk music genre, he admits he didn’t start with it as he had tried his hands at multiple genres of music including highlife, hip-hop, and even afro-pop but these didn’t work out until he figured out a way to stand out after coming across the music of the American folk band, Mumford & Sons – an American rock band, “I will wait” singers.

On 28 February 2017 Mavin Records made a declaration that Johnny Drille had officially marked an agreement with the name. At that point, pain a visit to Project Fame as a guest celebrity to impart his experience to the season 6 challengers. He encouraged the challengers to utilize and use the MTN Project Fame stage to feature their capacities to the greatest.

The most popular music by Johnny drill is “Shine”, a piece of uplifting music to stay positive and patient – “after the storm, the sun will shine”.

Johnny Drille’s music is inspired by other musicians such as Mumford & Sons, Owl City, Phillip Phillips, Passenger, Jon Bellion, Laura Mvula, Cobhams Asuquo. Jon Bellion, he pointed out as his favorite. Johnny Drille was crowned the best producer in South-South Music award (SSMA) in 2015. He was also nominated at the Headies for Best Alternative Song for ‘”Wait For Me” in 2016 and Best R&B singer for “Romeo and Juliet” in 2018.

Johnny Drille’s gains money as an artist and music producer, he has estimated net worth of $105,000.