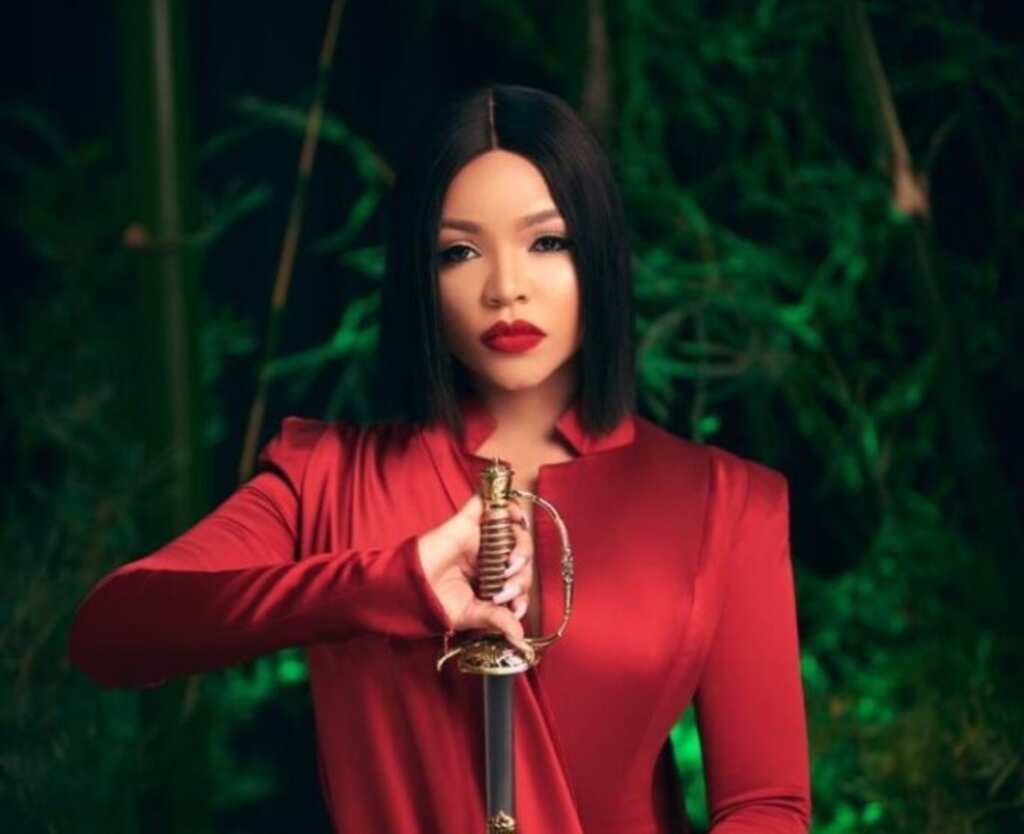 Nengi Rebecca Hampson, a Big Brother Naija lockdown star has made her acting debut in a new Blockbuster movie, titled Rattlesnake: The Ahanna Story. She shared the thriller of the movie on her Twitter page;

The movie, Rattlesnake: The Ahanna Story is produced by Charles Okpaleke and was directed by Ramsey Nouah, Nicole Asinugo as the screenwriter, and shot by Play Network Studios.

The movie is a remake of Amaka Igwe’s 1994 version of “Rattlesnake”.

The movie which is scheduled to premiere on November 13 tells the story of Ahanna, a young boy drawn into crime after unforeseen circumstances destroyed his happy childhood.

His father died and Ahanna joined a gang of robbers to escape the constant family troubles that plagued him.

Nengi was seen dining with Ramsey Nouah as well as the cast and crew of the movie such as Osas Ighodaro, Omotola Jalade-Ekeinde, Bucci Franklin as Nzenozo, Efa Iwara, AY Makun, Emeka Nwagbaraocha, Brutus Richards, Odera Adimorah, and Elma Mbadiwe.

She also signed a talent management deal with Play Network Studios in October 2020.