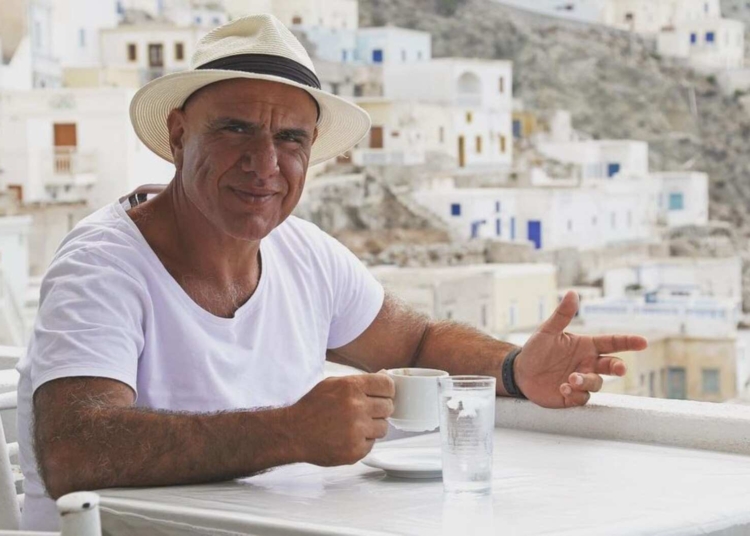 Peter Maneas is a property developer, entrepreneur, and TV show star for the documentary series, My Greek Odyssey, which started in 2018. The TV show centers on Peter Maneas’s greek experience, food, lifestyle, culture, characters, etc. In one of the episodes, he sailed from Monemvasia to the turquoise waters of Elafonisos to Kythera, his place of origin. Peter grew up in Sydney, Australia although he was born into a family of Kytherian Greek immigrants.

In this post, I will be writing about Peter Maneas biography, age, career, net worth, family, and other facts about him. First, let’s look at his profile below.

Peter Maneas was born into the family of Irene and George Maneas in the 1960s. His age is not revealed but his page on mygreekodyssey.com tells us a lot about his growing up.

Peter Maneas grew up in Bondi Junction, Sydney, Australia with his two siblings. His parents were not wealthy and were considered second class because they were immigrants, as of then in Australia. The Source of income was the family business which was “The Spot Cafe” in Nowra. He talks about his mother more than his father and that paints a picture that his father was not present much during his childhood. Maneas’s mother was his source of inspiration, she worked three jobs to keep the family afloat. Despite her challenges, she managed to keep her children in school, become the first Greek woman amongst her peers to learn to drive and own a car and color TV.

Peter Maneas is married to Helen Maneas and their union is blessed with a son.

Peter Maneas worked in a restaurant before he landed a job as a cadetship in a large construction company.
Speaking of how he got the job. Once Peter Maneas saw a notice on the vacancy, he tore down the notice, went to the interview, was the only one interviewed and he got the job. He worked with the construction company for 17 years and contributed largely to its 10-fold growth.

In 1998, he partnered with a close friend to start up a new business which cost him his position of senior staff in the company. They raised capital for the business by selling their homes. He founded Ganellan, a business that grew to become the 5th largest apartment builder in Australia. The company’s headquarters is at 30 Montague Street, Balmain NSW 2041, Australia.

When it comes to wealth, Peter has amassed a lot of it. He worked hard to earn a good living and he is enjoying every bit of it with his family. He owns a superyacht called Mia Zoi which translates to One Life in English. His company is in partnership with Auckland Blues, a New Zealand professional rugby team. Although it is unclear how much he’s worth, Peter Maneas is expected to be worth more than $2 million.