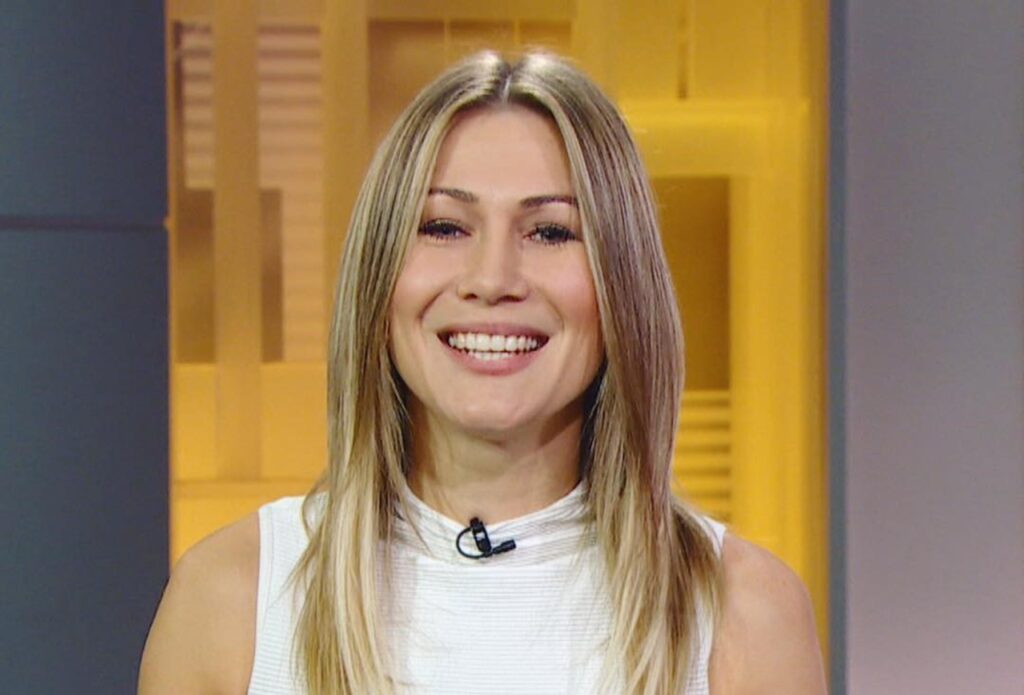 Sophia Jurksztowicz is a Canadian journalist, TV host, and producer who currently works as the Bruins rinkside journalist for the New England Sports Network (NESN) owned by Boston Red Sox and Boston Bruins.

In this article, I will be writing on Sophia Jurksztowicz biography, age, husband, dating, and net worth. First, let’s take a look at her profile below

Sophia Jurksztowicz is a Canadian journalist, producer, and producer that was born on October 11 in Toronto Ontario, Canada. She is reported of Greek, French, and Hispanic descent. Sophia’s age is yet to be known and this is due to the fact that she has not said anything regarding her age on any of her social media accounts. She lives in Boston, Massachusetts.

She schooled at Ryerson University, Toronto, Canada from 2005 to 2010. And graduated with a degree in Radio and Television. Sophia worked as an “au pair” in France for a year before attending Ryerson University. That was how she developed her skills in french, making bilingual in English and French. After the university, Sophia Jurksztowicz relocated to Boston in the United States of America.

Meanwhile, she is close to Jackie Redmond, a television host, and reporter for the NHL and MLB Networks. They hosted a podcast together called “Jack & Soph,” where they talked about sports and related other topics.

Sophia Jurksztowicz’s career began in September 2007 as an intern while attending the Ryerson University in Toronto till April 2009. She also interned at Corus Entertainment where she was given the role of a sports reporter in The Leaf Lunch and The Bill Watters Show. She also attended NHL and NBA games and edited the generated clips.
She also worked at AM64’s radio channel where she was the official reporter covering the Toronto Rogers Cup tennis tournament.

Sophia moved a bit away from Journalism to join the marketing and promotion team for Mosaic Sales Solution where she worked with events for Budweiser Brand. Sophia also worked at theScoreTV as on-air talent, TV personality, and journalist. She covered the Toronto Maple Leafs ice hockey team, as well as events about Toronto sports franchises.

Sophia worked as a host, reporter, journalist, and producer for Sportsnet in Toronto, Canada where she ran features and broadcasts, hosted a weekly segment focusing on the off-ice lives of NHL players and worked as a social media reporter. She worked at Sportnet for 7 years (October 2012 to August 2019).

Sophia moved to New England Sports Network (NESN) in Boston, Massachusetts, in 2019. She worked as a Bruins rinkside reporter for the Boston Bruins ice hockey team. She also made a guest appearance on Puck Soup Podcast.

Sophia Jurksztowicz is single and not dating anyone and this is because she is focusing on her career but she is very active on social media especially on her Instagram handle @sophiajurksztowicz where she shares vacation pictures, work pictures, and workout videos with her followers also, she has a verified Twitter handle @sJurksztowicz.

Sophia was in a relationship but she broke up with her mystery lover. She got immense support from her best friend, Katherine Lee who saw her through tough decision making and leaving her family, her sick dad, for a new city.

Sophia Jurksztowicz’s parents are Polish, her father’s name is Zenon Jurksztowicz, a retired teacher of mathematics. She has four siblings (three brothers and one sister, Lilli Baron).

We were not able to get the name of her mother, keep this page bookmarked. It is believed that she has a closer relationship with her mother and at the same time grateful to her father also, Sophia has four other siblings and this includes three boys and a girl.

Sophia Jurksztowicz is a popular journalist and host so she is believed to be worth $2,000,000