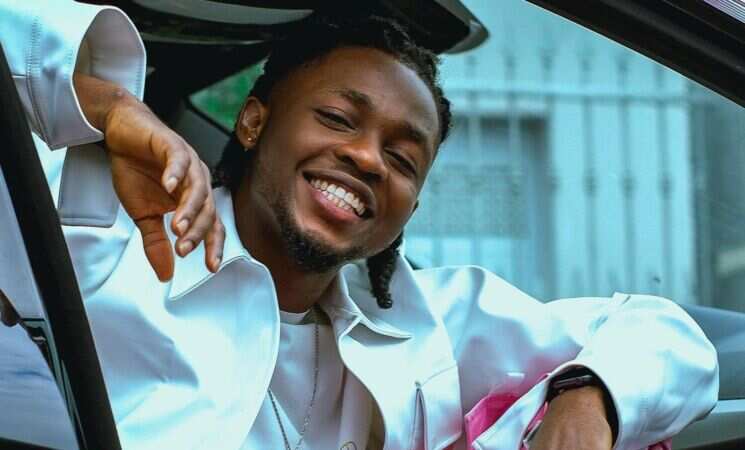 Who is Omah Lay?

Omah Lay is a famous Nigerian artist known for his single titled “You,” which earned him a breakthrough into the Nigerian music industry. The song happens to be one of his songs in his debut album, “Get Layd,” which recorded massive success for the young artist.

Omah Lay sits amongst the beat afro-beat beatmakers in Nigeria, displaying that in his song “You.” The track has garnered more than 2.9 million views on YouTube alone. He released a remix of his single titled “Damn” and featured 6LACK, an American rapper.

In this article, I will write about Omah Lay biography, career, age, state of origin, net worth, songs, and real name. First, let’s look at his profile.

Omah Lay was born Stanley Omah Didia on 19th May 1997 in Port-Harcourt in Rivers state. He was born into a family with a good background in music.

He is from Port-Harcourt, Rivers state, and lived in the state most of his life there. Omah Lay is 24 years old as of 2021.

The singer picked up music traits from his family lineage, and he is poised to carry on the music legacy that already runs in the family.

Before his fame, Omah Lay used to write music for other musical artists until he decided to step up to the front stage to become an artist because he wasn’t given much credit for his songs.
Omah Lay is inspired by the successes of Port-Harcourt-born singers like Burna Boy and Duncan Mighty.

Omah lay released his debut album, a 5-track EP titled Get Layd, in 2020, and he is making waves in the music industry with the new sound. He started singing when he was 15 years old, rapping on the streets of Marine Base in Port Harcourt.

He had released other singles such as “Do not Disturb” and “Hello Brother.” However, he drew attention to himself when he released Get Layd, his debut EP.

Omah Lay’s “Get Layd” has amassed millions of streams and views on most music streaming platforms and YouTube. The EP was featured on Cool Fm 96.6Fm radio station during the Tastemakers’ chart and Soundcity’s Top 20.

A lifestyle magazine primarily for the rise of Afrobeats, Native Mag listed Omah Lay as one of their Best New Artists for March 2020.

He won the Next Rated artist category award in the 2020 edition of The Headies award.

Omah Lay was arrested alongside Tems in Uganda after the artists performed a show in the country. He was arrested on 12 December 2020 for defying the ban on large gatherings, which was placed by the Ugandan government to curb the spread of COVID-19. On 15 December 2020, he was freed, and all charges were dropped.

Omah Lay was first signed to a record label called KeyQaad in June 2019. The signing made him leave Port Harcourt for Lagos for the first time.

Later, he was signed into Dvpper Music, a record label owned by Damilola Akinwunmi.

He released his first body of work, a 5-track EP titled “What Have We Done” with Warner Music Group emblem, on 20th November 2020.

His single track “Bad Influence” garnered more than 10 million streams on all streaming platforms giving him a promising good start.

Omah Didia currently has a few songs to his name, including;

Omah Lay is one of the most famous musicians in 2021 and has been recognized as an afro-beat new face. He is also described as one of the richest young musicians in Nigeria, with an estimated net worth of $500,000.