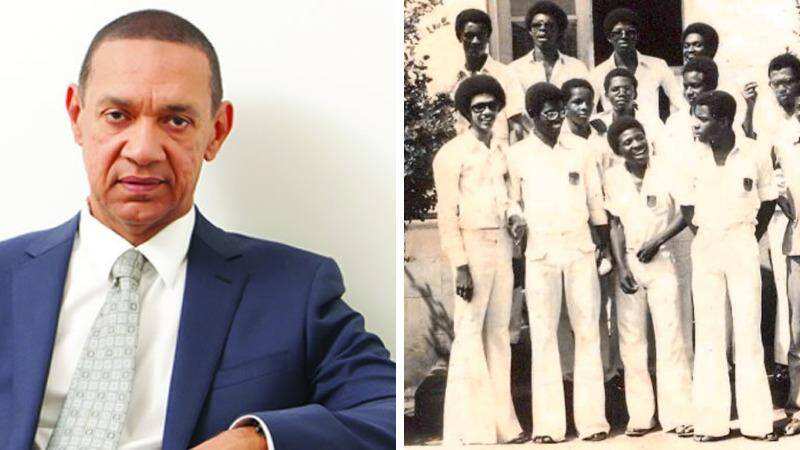 Senator Ben Murray-Bruce was in the class of 1974 at St. Gregory’s College in Lagos where he was the senior prefect.

It is without a doubt that Senator Ben Murray-Bruce (left) had and still has a sense of fashion. His epic throwback sparked relatable humor on social media, thanks to his fela trousers and a native afro hairstyle.

Senator Ben’s black-and-white picture has other now-prominent men in it, can you identify them?