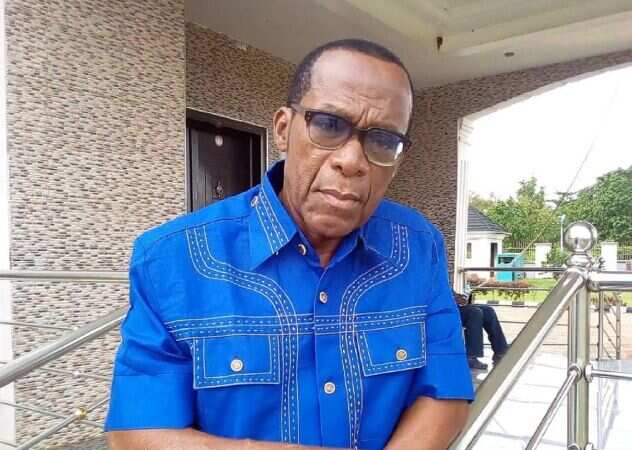 Zulu Adigwe is a famous Nollywood actor and one of the oldest actors who are still active in the industry. You will mostly see him on-screen playing the role of an elder, a crowned chief, father, father-in-law, or a traditional ruler.

He features in movies alongside Pete Edochie, Chinwe Ntaluagu, Ngozi Ezeonu, Patience Ozokwor, and Ken Saro-Wiwa. He was known as Mr. B in Ken Saro-Wiwa’s soap opera, Basi and Company (1987).

He played the role of “Pascal” in Ramsey Nouah‘s Living in Bondage.

Aside from acting Zulu loves to sing and write. And he was a lecturer at the University of Abuja.

Zulu was born and raised in Enugu in the southeastern part of Nigeria. Most of his childhood was in Enugu but he had his basic education in Austria where he completed both primary, secondary, and tertiary education.

He started in Europe in 1970 when he got into university, but in 1999, he returned to Nigeria and joined the Nigerian movie industry, Nollywood.

He graduated from the university in Austria where he read medicine and switched to the University of Ibadan and graduated with a degree in Theatre Arts.

He is married to Mrs. Blessing and has three grown-up children. He got married to his wife Blessing in 1982.

Zulu’s net worth is not official because his income is not made public, nor has he declared his assets. However, his major source of income remains his move acting.

Regardless, austinemedia.com describes him as one of the richest and most influential actors in Nigeria with an estimated net worth of $250,000.

He was also nominated for the Best Actor in a Supporting Role award at the Africa Movie Academy Awards for the role he played in “Blood of the orphan”.

He has also been nominated for several awards such as;

Since his career, he has acted in more than 200 Nollywood movies of which he made money from. The movies include