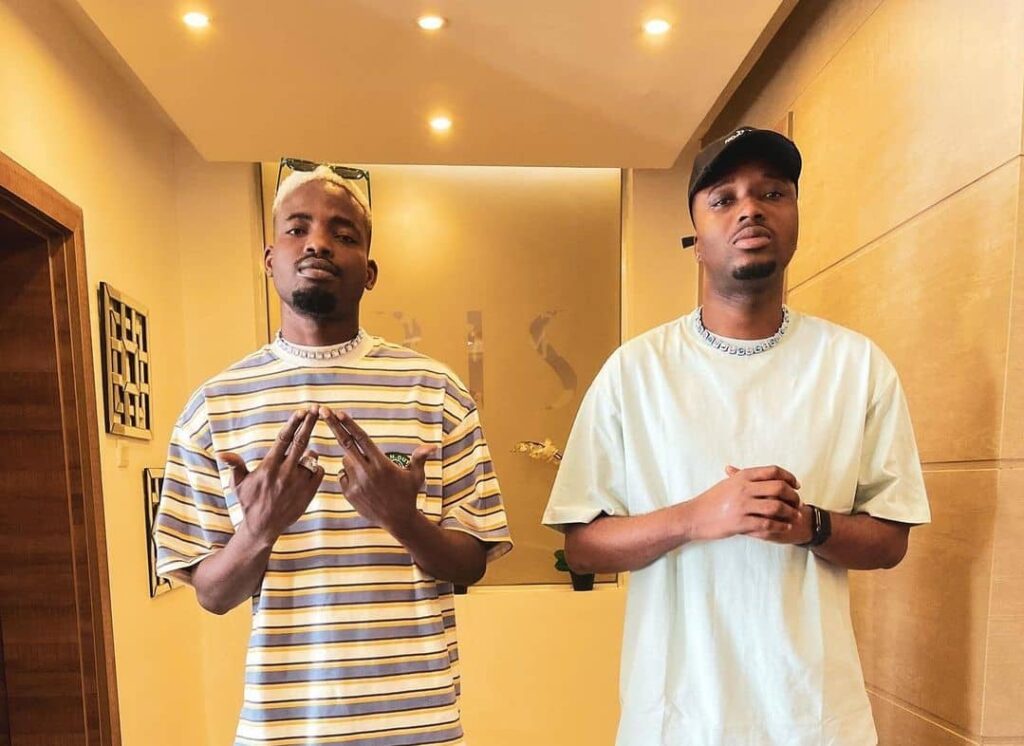 Ajebo Hustlers are a musical duo consisting of two musicians, singers, and songwriters, Isaiah Precious aka Piego, and George Dandeson aka Knowledge. They originate from Port Harcourt, in Rivers state, and grew up in Old GRA. Their music style consists of a mix of Afrobeat and highlife music genres.

Ajebo Hustlers are known for their unique sound and their contributions to the Nigerian Afro-metropolitan contemporary music industry. In this post, I will share with you Ajebo Hustlers’ biography, career, real name, state of origin, net worth, and some other interesting things you probably didn’t know about him.

Especially known for their unique sound, and their contributions to the Nigerian Afro-metropolitan contemporary music industry, Ajebo Hustlers were born in their home country, Nigeria.

Born and raised in Port Harcourt, Rivers State (Rivers State is a state in the south southern part of Nigeria) by their respective parents, Ajebo has different childhood memories.

Meeting each other for the first time in 2012, the music duo started their journey in the industry with their first single Bole and Fish, released in 2015.

In 2015, the duo released Bole and Fish Remix. And speaking of their first meeting, the music duo has been in the Nigerian music industry for more than half a decade and counting.

Having “Barawo” as their mega-hit single, a single which is considered a national mega-hit, the duo featured the popular Nigerian musician and songwriter, Davido in the remix of the song.

According to our findings, they have worked with popular Nigerian musicians like Davido in their Barawo Remix which was officially released in 2020, Yung6ix, Afro-trap musician Terry Apala, Omah Lay, and Falz, to mention only a few.

Since they started making music, the duo has released quite a good number of songs. These are some of their releases:

How Did They Meet?

Speaking about their link-up during an interview, one of the singers, George (Knowledge) said they met in 2012 at a restaurant in Port Harcourt.

Speaking, one of the duos said in part, thus:

“I think it should be like seven years or eight years – when we decided to hustle after we were done with our secondary school. We met at a restaurant where we were working in Port Harcourt. I told him [Piego]; dude I’m a musician – this is my job and he said he does the same thing that I should come to his studio. That was how we started making songs and figured we were compatible.”

Having been in the industry for more than half a decade and counting, as we earlier pointed out, Ajebo Hustlers has been recognized on different occasions by different organizations. These are some of the awards they have won themselves:

The duo is from a tribe in the South-Southern part of Nigeria. They are originally from Port Harcourt, Rivers State and so are regionally Southerners. Moreover, they are more likely, practicing the Christian religion.

As you may have noticed from the first paragraph, Isaiah Precious aka Piego, and George Dandeson aka Knowledge are the names of the Ajebo Hustlers musical-duo.

Ajebo Hustlers has a net worth of between $200,000 thousand and $500,000 thousand. They earn their net worth from their career in the music industry as Afro-metropolitan contemporary musicians and singers.