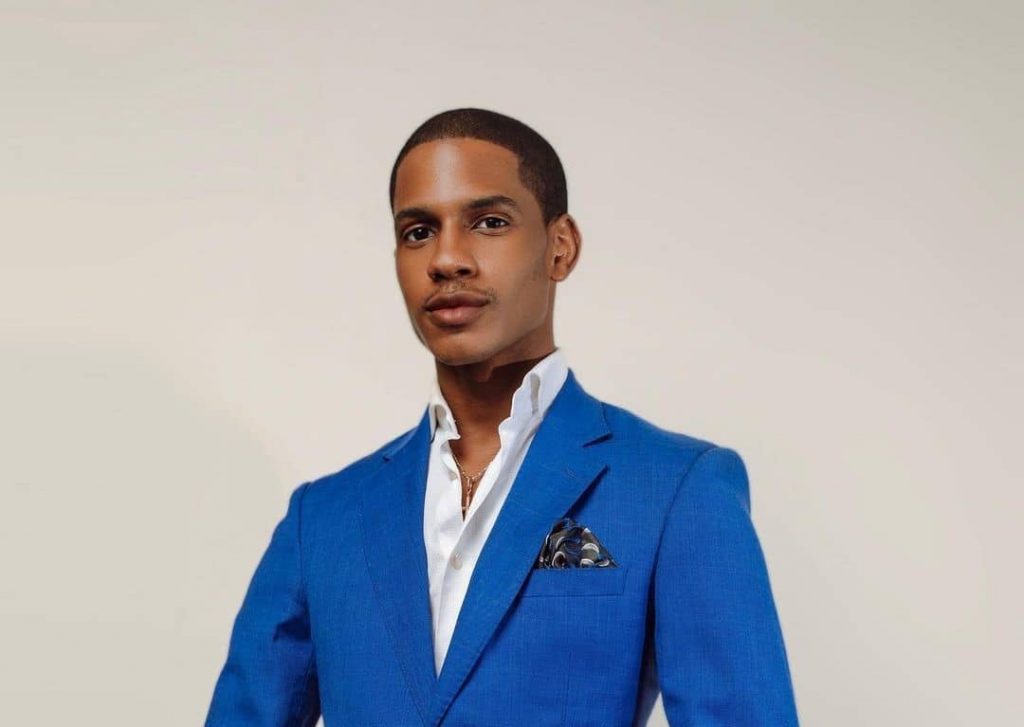 Who is Denola Grey?

Denola Grey is one of the most astounding models and fashion gurus in Nigeria. He was nominated as one of the top three best-dressed male celebrities at the Africa Movies Viewers’ Choice Awards held on March 14, 2020. His photos and fashion designs are stunning and unique. He was born and bred in Lagos, but his origin is linked to Ogun state.

Growing up, Denola battled with depression for 20 years because of the feminine mannerism that made people call him Barbie. According to him, he tried to adjust to what society expected of him, but he felt he was empty doing that. The fashionista has gotten over feeling when people tell him he acts like a girl or as a woman. He revealed in an interview that being himself gives him much confidence, and he has come to accept the reality that he is half-female. He is not only a fashion designer but also a writer, media consultant, actor, and a full-fledged model of his own. This article will cover Dénola Grey biography, fashion, age, career, net worth, and other facts about him. First, let’s take a look at his profile summary.

Denola Grey was born on August 13, 1990, in Lagos, where he grew up. His real name is Denola Adepetun. He hails from Ogun state, a state situated in the western part of Nigeria and pre-dominated by the Yorubas. He was born into a wealthy family of entrepreneur parents and three boys. His mother once worked in an oil and gas firm before ditching the well-paying job to start a business. His mum started School Kits Ng when she was 40 in 2000. Her retail and manufacturing business has five branches in Nigeria and more than 100 workers. Grey attended Green spring School in Lagos State for his primary and secondary school education.

Part of Denola’s secondary school education was at Adesoye College, a boarding school in Offa, Kwara state. After a year at Oxbridge Tutorial College, he proceeded to Baylor University, where he graduated with a degree in Media Business; he majored in Analysis of Media and Fashion Market. He worked as a fashion PR in New York before completing his National Youth Service Corp program.

Growing up, he faced many challenges due to his feminine mannerism. He was nicknamed Barbie in secondary school because he wasn’t masculine and didn’t participate in activities as other boys did. But that didn’t hinder him from chasing his goals. Denola Grey is still single, cause according to him, a relationship is not a priority. He hates crocs and describes them as an aberration; however, he is fascinated by Beyoncé.

Dénola Grey has a good history of working as a media and fashion consultant for brands. Everything about his fashion and media consultancy career started when he was an 18-years-old intern working at CMC in 2008. Grey worked for Fruition Image Consulting in 2010 as a PR manager. In 2012, he expanded his media consultancy skills at PRC Consulting, where he assisted in organizing the New York Fashion Week and a launch party for ACNE Paper magazine. In 2013, Grey worked at Walter Baker as the handler of the company’s social media activities and branding. After Grey worked with a Lagos-based fashion brand, ALARA Lagos, where he learned the rudiments of the fashion business, he started his brand.

In 2014, his career took a lift when he worked for EbonyLife TV, Bella Naija, and The Guardian. He recorded fashion tips for EbonyLife’s Fashion for men segment and wrote for BellaNaija and The Guardian as a fashion columnist. Later, he asked for a guest host on “EL Now.” In 2015, he was named one of the main anchors of the show. He also produced various fashion projects, like Glam Squad on Africa Magic.

Grey’s first acting role was in a series titled Castle & Castle, where he acted as Benjamin Castle alongside top Nollywood actors such as RMD, Dorcas Shola, Jude Chukwuka, Blossom Chukwujekwu, and Eku Edewor. He landed the role after EbonyLife’s production invited him for the audition, and he was selected among other actors and actresses. Before, he rejected movie roles because he didn’t see himself as an actor, but he decided to give this one a shot. Dénola Grey grew to become one of the most successful young fashion gurus in Nigeria. He works with Orange Culture and is one of the Brand Ambassadors for Lagos Fashion Week (LFW).

Denola admires designs by Tom Ford, an American fashion designer. His fashion designs aim to accomplish Tom Ford’s exactness and concentration on detail. His love for color came from Mr. Banwo, his godfather, who has a fun way of playing with colors that intrigues Grey.

Dénola’s net worth has not been estimated, but it is around $500,000. He has some rewarding endorsement deals and his fashion designs speak for themselves within and outside Nigeria.