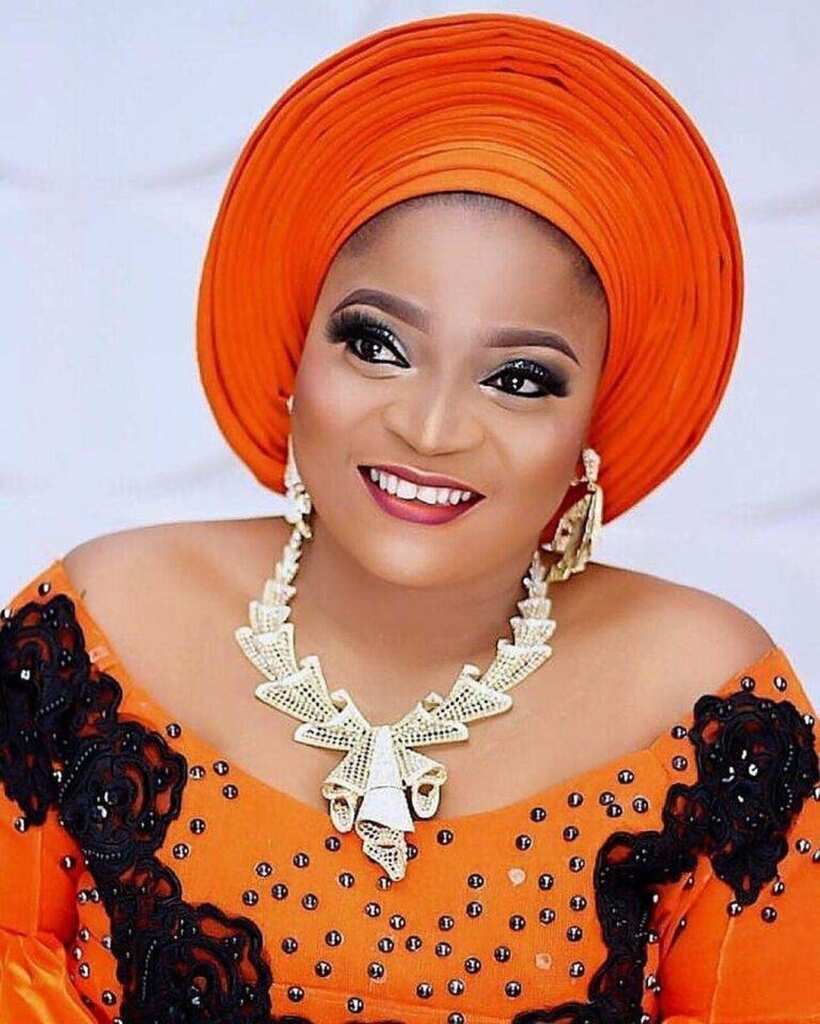 Kikelomo Ayoola is a popular Yoruba actress born on 26th March in Osun state. She practically hails from Osogbo in Osun state, a southwestern state in Nigeria predominated by the Yorubas. She is quite a skillful actress in the Yoruba niche of Nollywood actresses. She has featured in lots of movies and earned herself awards and nominations from local and foreign events. Ayoola started acting during her secondary school days, thanks to her boyfriend, unnamed. She was introduced with Nigerian prolific writer and director, Toyin Adewale, who helped groom her into the actress she is today. She was exposed to the movie industry when she followed Toyin to movie sets, back then. Every star has a sad story to tell and so does Kikelomo, she once lied to land a movie role and it backfired on her when she couldn’t handle it. In this post, we will write down her biography, how she started her career and her net worth.

Kikelomo Esther Ayoola was born on 26th march into an average Nigerian family from Osun state. She grew up in Osogbo in a polygamous family, her mother was the second wife. Only a little information on her family background could trickle to us.
She claims to be a virgin and not in any relationship because she has not met the love of her life, yet.

Ayoola started acting in her University days after she was introduced to Toyin Abraham. Her boyfriend inspired her to take it up as a career, and so she did. She had an issue with a course in school which earned her a one-year suspension but she turned her one-year suspension to an opportunity to learn acting under Toyin. Her first role was in a movie titled “Ta lo Pa Jesu”, which was directed by Taofeek Abisogun and featured Ibrahim Chatta. During her early days as an actress, she lied to Muyiwa Ademola, a movie director to land a role. According to her she was playing smart and was convinced that with the experience she acquired while playing a role at “Ta Lo Pa Jesu”, she could handle any role given to her.

After she was recommended to Muyiwa Ademola by a top producer, the then-newbie actress “hyped” herself to Muyiwa. She claimed to have acted in many movies whereas she has only featured in just one movie, “Ta lo Pa Jesu”. Kikelomo’s pitch was convincing enough so she was given a role where she had to act then scenes. Disappointment befell her and she was reduced to just appear in a scene.
Currently, Kikelomo is now a professional actress and has landed numerous top roles in movies such as “Fatherhood” and “Idakeji Aye”. She has also produced movies such as;

She has acted alongside other top movie icons such as Segun Ogungbe, Jide Kosoko, Muyiwa Ademola, Toyin Adewale, Adeolu, and Akin Lewis.

Check out: Kunle Afod Biography, wife and net worth

Kikelomo’s net worth is not yet estimated although she has won several awards and has a successful business. She won the Best Female Upcoming actress of the year award at the TAMVAA Awards in South Africa 2017. She was also nominated for Best New Actress of the Year (Yoruba) at the City People Entertainment Awards. She also runs a thriving mini-supermarket in Lagos.