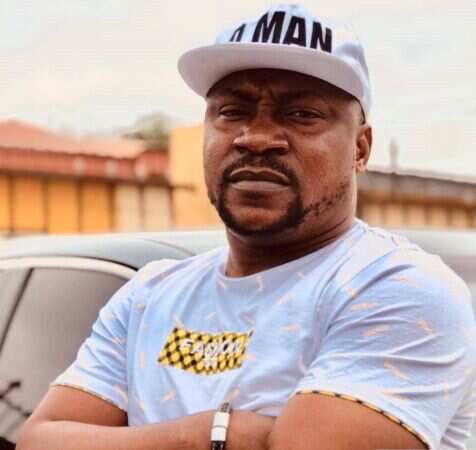 Segun Ogungbe as you know him is a renowned Yoruba movie actor and director with so many movies and awards to his credit. He is the nephew of the popular late filmmaker, Akin Ogungbe, who died on November 28th, 2012. His uncle was known to have married 20 wives and had 50 children. He initially didn’t want to follow his uncle’s marriage polygamous pattern, but he later found himself in a polygamous marriage. He is married to two wives and they live peacefully with their children all under the same roof. Segun started acting when he was young and rose to become one of the famous movie directors in the Yoruba Nollywood niche. We will take you in-depth into his biography, career, wives, and his net worth.

Segun Akanni Ogungbe was born on 28th March into an entertainer’s lineage. He hails from Abeokuta, Ogun State, but he grew up in Ibadan, Oyo state. His father, Baba Ogungbe, was a tailor who made clothes for late Hannah Awolowo in the 50s. Very little is known about his prolific actor’s age but he is rumored to be in his 40s. Reliable sources confirmed that he had his primary and secondary education in Ibadan, Oyo state. We couldn’t link him to any university but he is a director with an expert edge in his movies. Segun is married to two wives, Atinuke Ogungbe and Omowunmi Ajiboye. He first got married to Atinuke before he married Omowunmi, an actress who has been his friend. It’s not clear when he got married to Atinuke, who has featured in one of his movies in 2017, but we know he got married to Omowunmi in 2015.

Omowunmi was not working under Segun in his movie company, but they were having an affair and got pregnant for him, so he had to marry her. He has two children with his first wife, Atinuke, and also two children with Omowunmi who gave birth to the second boy May 30th, 2020.

In 2018, fans speculated that Segun got married to a second wife because he impregnated his first wife’s best friend. However, it was only a hollow rumor he came out to debunk immediately. During an interview, he revealed that the person behind the rumor was a lady he rejected to marry cause he didn’t want a second wife. He revealed that his wives didn’t know each other before he married them. But after he got Omowunmi pregnant, he was obliged to marry her, so the estranged lady whom Segun refused her proposal sparked a malicious statement about him.

Speaking on the state of his home, Segun said his home is very peaceful contrary to what rumors imply. His wives, Atinuke and Omowunmi had to become best friends to live happily and to respect their husband. They also came to say that they didn’t know each other already. In 2019, they accompanied their husband to his brother’s wedding and they all looked happy and united.

The skillful actor has also been accused of having an affair with an actress, Bose Aregbesola after they were seen acting in a romantic role. He debunked the rumors and revealed that she was only working under him for some movie project. Bose Aregbesola, who is close to Segun’s wife, Atinuke, said he was her boss and nothing more.

Segun has been engaged and relevant in Yoruba and non-Yoruba Nollywood movies but he is popularly known for his roles in Yoruba movies. He started acting at a very young age of 3 and continued to carry on his late father’s acting legacy. In 1996, he started a film company, Segun Ogungbe Films Production, which got popular after he produced a movie titled “Ibi Giga”. His movie company rolled out other movies such as

Check out: Ibrahim Chatta biography – wife, and net worth

Segun is a creative and exceptionally talented Yoruba actor. He is known to interpret roles given to him and that is expected of someone with an acting background. He runs a film academy, Segun Ogungbe Films Production, where he trains aspiring actors and actresses to perfection. His net worth is an estimated $1.4 million, making him one of the richest Yoruba actors in Nigeria.