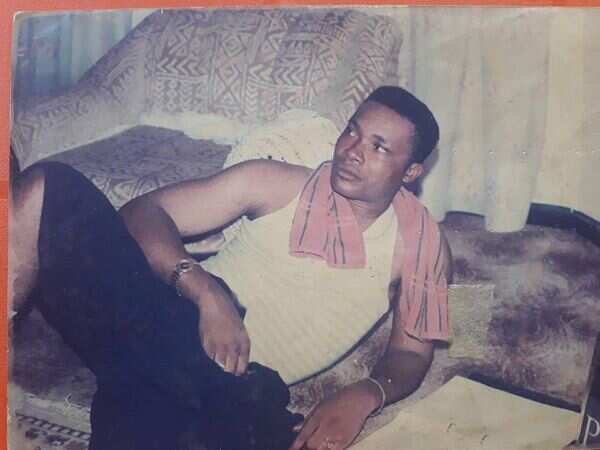 Who is Jerry Amilo?

Jerry Amilo is an iconic Nollywood actor, movie writer, and producer. Speaking of pioneer actors in the Nollywood movie industry, Jerry Amilo is one of them. He was born in Anambra state on 21st July 1970, he’s 50 as of 2020. Jerry Amilo graduated from UNN in Enugu state where he actually read Mechanical Engineering. He is renowned in the industry for migrating Nollywood’s base from Lagos to Asaba in Delta state where he was amongst the initiators of Actors Guild of Nigeria in Delta State and the first person to produce a movie in the state. And he bears the moniker/nickname “Nigger please”. This piece will cover information concerning Jerry Amilo Biography, his state of origin, net worth, and career.

Jerry Amilo was born on 21st July in 1970, in Anambra State. He hails from Enugu-Ukwu in Anambra state and he is the last born of a family of devoted Catholics. Jerry Amilo is 50-year-old as of 2020. He had his primary and secondary education in Enugu state, the same state he had his university education at the University of Nigerian Nsukka where he read mechanical engineering.

Jerry Amilo came into acting in 1986. He is one of the pioneer actors in the Nollywood movie industry when movies in Nigeria consist of just a few actors and actresses who were grounded in drama. Jerry began acting in his church’s drama unit. He was trained to perform biblical characters of which he perfected. When he moved to Lagos, Surulere, his acting career broadened. He kicked-off acting local dramas and also ventured into music, hip-hop. He has worked with many artists and was once the manager of the renowned actress, Christie Essien aka Nigeria’s “Lady of Songs”, popularly known for her song “Seun Rere”.

Back then, Jerry Amilo and his friends then formed a dance group that performed for shows as he wrote songs, some of which he sang. Jerry Amilo’s dance group was among those who represented Nigeria in the dancing competition in London, back in 1986.

Jerry Amilo’s first recorded movies in the Nigerian movie industry, Nollywood, was in 1993 where he played the role of Anini in the movie titled “Bruno and the Law”. Being one of the first movies in the industry at that moment, it gave him a major spot in the hall of fame.

Shortly after the release of “Bruno and the law” Jerry Amilo got involved in a fatal accident that almost took his life. The accident occurred when he was traveling to Lagos from Enugu for the “Reels Award”. The consequences of the accident kept him in the hospital for two years leaving him with scars on his face. His fiance then, Oge Ezeliora left him for another man because he was in a wheelchair following the accident.

Narrating the accident, he said he was traveling to Lagos from Enugu with his lawyer for “Reels Award”, suddenly his car’s front tire pulled off sending his car on a drift. His lawyer who was in the car with him died instantly while he survived the fatal accident. As he lay unconscious, good as dead, he was rushed to the mortuary, only for him to be confirmed alive after 3 days. According to him, the mortuary staff fled when he woke up in the mortuary.

The Actors Guild of Nigeria (AGN) was only a group based in Lagos. As Jerry made his way into the industry, he and a few other actors and actresses formed a branch of the guild in Warri, Delta state. However, the AGN chapter in Delta was meant to be in Warri before the former Governor of the state, Mr. James Ibori moved it to Asaba. Jerry Amilo inaugurated the first AGN in Delta in a joint called Giddy’s place.

Sunkanmi Omobolanle Biography, and Net worth