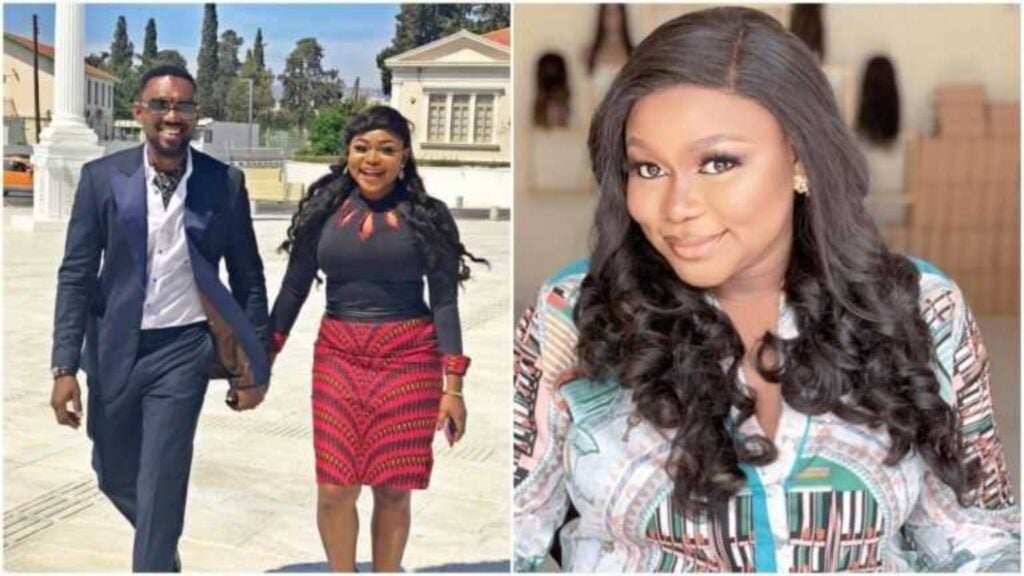 Who is Ruth Kadiri?

Ruth Kadiri is a renowned Nigerian actress, film producer, and screenwriter. She happens to be one of the most sought-after movie scriptwriters in Nigeria. Ruth Kadiri graduated from the University of Lagos where she studied mass communication. Also, she studied Business Administration at Yaba College Of Technology, Lagos.

In this post, we look at Ruth Kadiri Biography, her husband, movies, Career, and Net Worth. Ruth Kadiri’s first movie in Nollywood was “Boy’s Cot”. Boy’s cot gave her a boost in her career as she featured alongside renowned actors and actresses including, Nonso Diobi, Uche Jombo, Jim Iyke, and Mike Ezuruonye.

Ruth Kadiri Ezerika hails from Benin City in Edo State and was born on March 24th, 1988, in the same state. Ruth in an interview revealed that she was the first child of her parents. She didn’t get much fatherly care cause lived with her younger sister and mother in Lagos state, while her father stayed aborad. Her father’s name is Desmond Kadiri.

Ruth grew up like an average Nigerian child living in the ghetto, Ajegunle in Lagos state but her background didn’t determine her future. Growin up, she had written down what she wanted by the time she was eighteen. Ruth Kadiri wrote in a book that she needs to get her apartment and make her money by the time she was eighteen. When her Dad saw her penned-down wish, he naturally laughed at her but that was what motivated her the most.

Ruth Kadiri in the interview said that she went through several daring challenges, gender discriminations, and rejections. She recalled how she had to bear lots of responsibilities but she is grateful for what she has become.

Ruth Kadiri started in the church and was already releasing stories in her secondary school days. She wrote stories and short scripts before she decided to attend a movie audition. Ruth Kadiri first auditioned at the Wale Adenuga Studios – a popular movie brand in Nigeria. During the auditions at Wale Adenuga Studion, Ruth Kadiri met Victor Eze, who runs a script-writing school. Ruth garnered more skills in movie writing and subsequently wrote her first movie script titled “Wild and Dirty” and after that more scripts followed until she started coming in front of the camera.

Ruth Kadiri’s first movie was Boy’s Cot’, where she starred alongside big names in the Nollywood movie industry such as Nonso Diobi, Uche Jombo, Jim Iyke, and Mike Ezuruonye. Since her acting career, Ruth has featured in close to a hundred movies. Also, she has written and co-written a ton of movies, including; Matters Arising, Heart of a Fighter, Ladies Men, Sincerity, First Class, and Over the Edge. Having been through the toils of life, Ruth Kadiri has the initiative to help reach out to the needy.

Movies, where Kadiri has featured in include:

Ruth Kadiri has written and co-written numerous movies with several other renowned screenwriters. She has these movies in her credit:

Ruth is recognized as one of the best femial film producers In Nigeria. Some of her production works include Nollywood films such as

Before marrying Ezerika, Ruth Kadiri admitted that she has no control over when she would meet the right person to get married to or even get married. She added that she wants to raise a family in “the right way”.

Rumors concerning Ruth Kadiri’s marriage include her engagement with an estranged boyfriend who was perceived to be a fraudster shuffling between London and Nigeria. It was revealed that her supposed boyfriend is already married and has kids in London and shockingly the wife of her boyfriend knows about Ruth.
Also, Ruth Kadiri once dated Nollywood movie producer Stanley Ebonine, but their love story came to an abrupt end, reasons disclosed. Additionally, in 2017, there were rumors that she was engaged to an unidentified man. The unidentified man was seen in the video fondling and romantically playing with Kadiri.

Despite the failure to openly have a man, Ruth Kadiri put to bed on August 26th, 2019. A lifestyle blogger who broke the news said that the actress has welcomed a baby boy with her husband and they are both doing very fine. The baby’s name is Reign Nwachinemelu Ezerika.

Ruth reveals that the secret to succeeding in the Nollywood movie industry is the ability to follow a trend but you must have a style which you must stick to. So as long as you know that you are doing the right thing, you will get to any height that you desire.

Ruth Kadiri’s effort in the movie industry has earned her several recognitions, awards, and nominations. She has two awards to her name and has been nominated for awards within and outside Nigeria.

Her awards and nominations are listed below;

Ruth Kadiri’s biography is not without many controversies which she has managed to stay clear of. She is very careful especially with her personal life and she keeps it private. And that was why she refused her lover. Once upon a time, her name was once brought up in a scandal involving a popular pastor identified as Apostle Suleiman and Stephanie Otobo. The story has it that she was one of the many women Pastor Suleiman had had an affair with. However, she was shocked when she was asked to answer the allegation and called it nonsense.

A few years ago, Ruth Kadiri was seen with a Range Rover Sports car, but it wasn’t without claims that her unidentified man bought it for her. She denied the claim, saying that she paid for the car with her own money in full.

Ruth Kadiri is a renowned philanthropist and the founder of Ruth Kadiri Kids. She started the foundation to help disadvantaged children achieve their set goals and dreams. Through her charity organization, she makes financial donations and inspirational lectures. In 2012, Ruth Kadiri sponsored the education of five students of First Foundation College in Ajegunle, Lagos State.

Ruth Kadiri is one of the richest and influential an actress, movie writer, and philanthropist in Nigeria with an estimated net worth of $700,000.