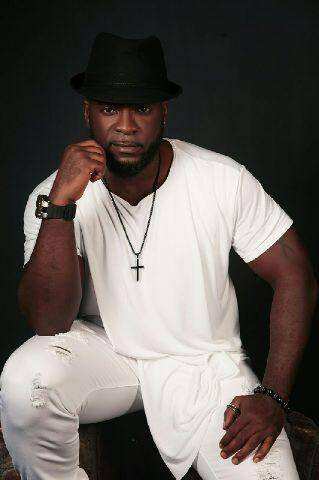 Emma Ehumadu is a renowned actor in the Nigerian movie industry, Nollywood. He is also a movie producer, movie director, television personality and philanthropist. He is popular in the movie industry with the moniker “Labista”. Emma Ehumadu is a graduate of Lagos State University where he studied mass communication. He is mainly known for taking on action-based roles in movies, thanks to his muscular body build.

In the piece, we will be looking at Emma Ehumadu’s biography, his net worth, career and education.

Emma Ehumadu was born in Anambra state, south-eastern part of Nigeria. His date of birth and information relating to his parents could not be sourced the moment of his post. Fairly looking at Emma Ehumadu, one can conclude that he is in the late 40s or early 50s.

Ehumadu, while growing up had his primary and secondary education in Lagos and obtained both his first school leaving certificate and secondary education certificates. He forwarded his education at Lagos State University, Ojo where he obtained a Bachelor’s degree in Mass Communication. Currently, Emma Ehuamdu is one of the renowned movie actors in the Nigerian movie industry, Nollywood.

Emma Ehumadu started acting in primary school when he participated in stage play and drama, but his professional acting began in 2000 when he joined Nollywood. He started out small, just like everyone going into something new, he took on minor roles but later rose to fame, taking major lead roles in movies. His breakthrough was with “Labista”, a Nollywood blockbuster movie where he played the role of a hitman. His role in Labista earned him the “Best actor in a leading role” at the African Movie Academy Awards.

Since his career, Emma has shared scenes with the likes of Jim Iyke, Zubby Michael, Ernest Asuzu, Sylvester Madu, Junior Pope Odonwodo, Jerry Amilo and many others. He has featured in over several Nollywood movies including;

Throughout his career, Emma Ehumadu has won several notable movie awards. He won the;

Emma Ehumadu, a renowned Nollywood actor is married to a European based Nigerian lady Mrs. Amaka Linsy Ikemefuna, aka “Dunno”. The marriage ceremony took place at Obosi in Anambra State and was attended by various notable personnel in Nigeria. Emma Ehumadu’s marriage is blessed with a cute son – Denzel Ehumadu who is currently eight years old as of 2020.

Emma Ehumadu is one of the richest Nollywood actors. His influence and talent in the Nollywood industry are reverberating. Emma Ehumadu’s net worth is an estimated $500,000 dollars.