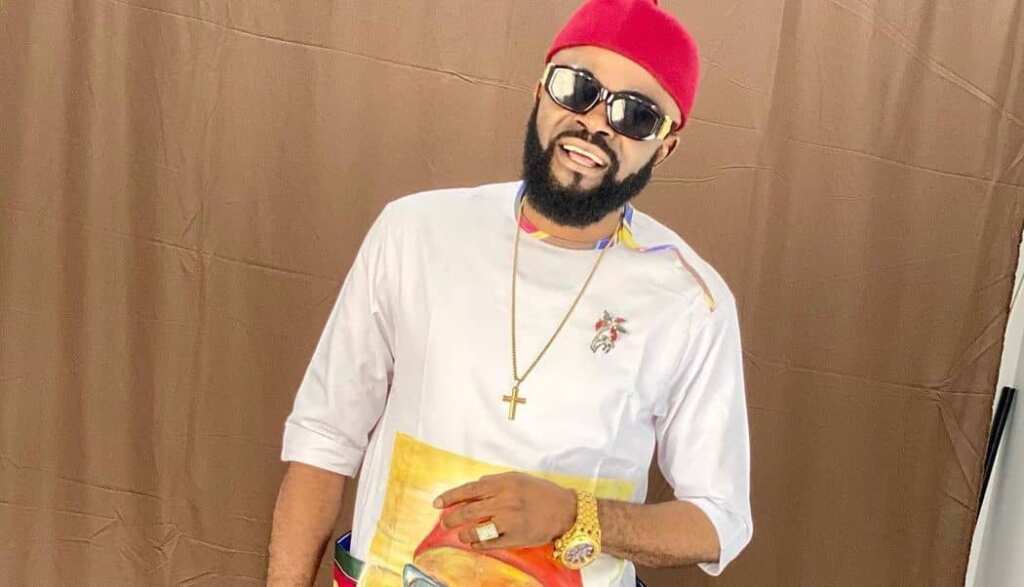 Who is Chief Imo?

Chief Imo is known for being a comedian and especially for his overtly funny, witty, and sarcastic remarks in movies. In this post, I will share with you Longinus Anyaaehiechukwu Anokwute’s biography, career, relationship with Sister Maggi, wife, children, net worth, and some other interesting things you probably didn’t know about him. Before we start, let’s take a quick look at his profile.

Famous for his overtly funny, witty, and sarcastic remarks in movies, Chief Imo was born on the 19th of May in an undisclosed year in his home country in Nigeria.

Born and raised by his mother and his elder sister in Umuduru, Ekwe, Isu Local government area of Imo state—Imo State, a state in the South-Eastern part of Nigeria—Longinus is the last child of his parents’ six grown-up children. What’s more, his parents had four boys and two girls.

Information about his university education is inaccessible to us, that is to say, whether or not he attended the university is uncertain. However, he is quite fluent in the English Language, Igbo Language, and Hausa Language. That, I reckon, is all that should matter.

Kick-started his career in the entertainment industry as a movie actor in the Nigerian movie industry, otherwise known as Nollywood, Chief Imo started with a drama group. Thus, he started with comedy and stage performances.

It is worth noting that Longinus Anyaaehiechukwu Anokwute started his career in the Nigerian movie industry, Nollywood in 2000. And so, he has been in the industry for more than two decades and counting.

Currently, a filmmaker and producer, Imo is still a movie actor. Besides, he acts in his movies—movies he produces or directs. With this information at hand, it is safe to say he is multi-talented and a multi-tasker, as he truly is.

Having been in the movie industry for as long as two decades and counting, Longinus Anyaaehiechukwu Anokwute has featured in over 100 movies and counting. Side by side, he has produced and directed a couple of movies.

Chief Imo earned his spot when he did a story and produced a film that sold very fast, thanks to his Igbo language.

Chief Imo faced a bit of black slash before he got to the limelight. After his movie production, he would run to marketers to sell his movie but they would insult him in “all manner”. His breakthrough film stayed with him for more than a year. But when is time came, someone called reached out to him immediately saying that his film was aired on African Magic – a popular home video channel.

Oh, and well, Chief Imo and Sister Maggi are not legally married—in real life—or anything of the sorts. However, they feature mostly as a couple, and so the rumors that they are a couple sounds believable, as they are all over the internet.

Married to his lovely wife with whom he has three children, the love-duo has been together for as long as years.

Although it almost often seems Longinus Anyaaehiechukwu Anokwute is rather legally married to Sister Maggi, he is not. Thus, speaking about the rumors in one of his interviews, Chief Imo did reveal that the mother of his kids is his legally married wife whilst Sister Maggi is his commercial wife.

While Longinus Anyaaehiechukwu Anokwute holds Nigerian citizenship by birth, his exact parameters are not accessible. Besides, he is of Igbo descent, a Christian by religion, and a Southerner by region.

Chief Imo has an estimated net worth of between $700,000 thousand and $5 million. He earns his net worth from his career in the entertainment industry as a movie actor, filmmaker, media personality, and YouTuber.