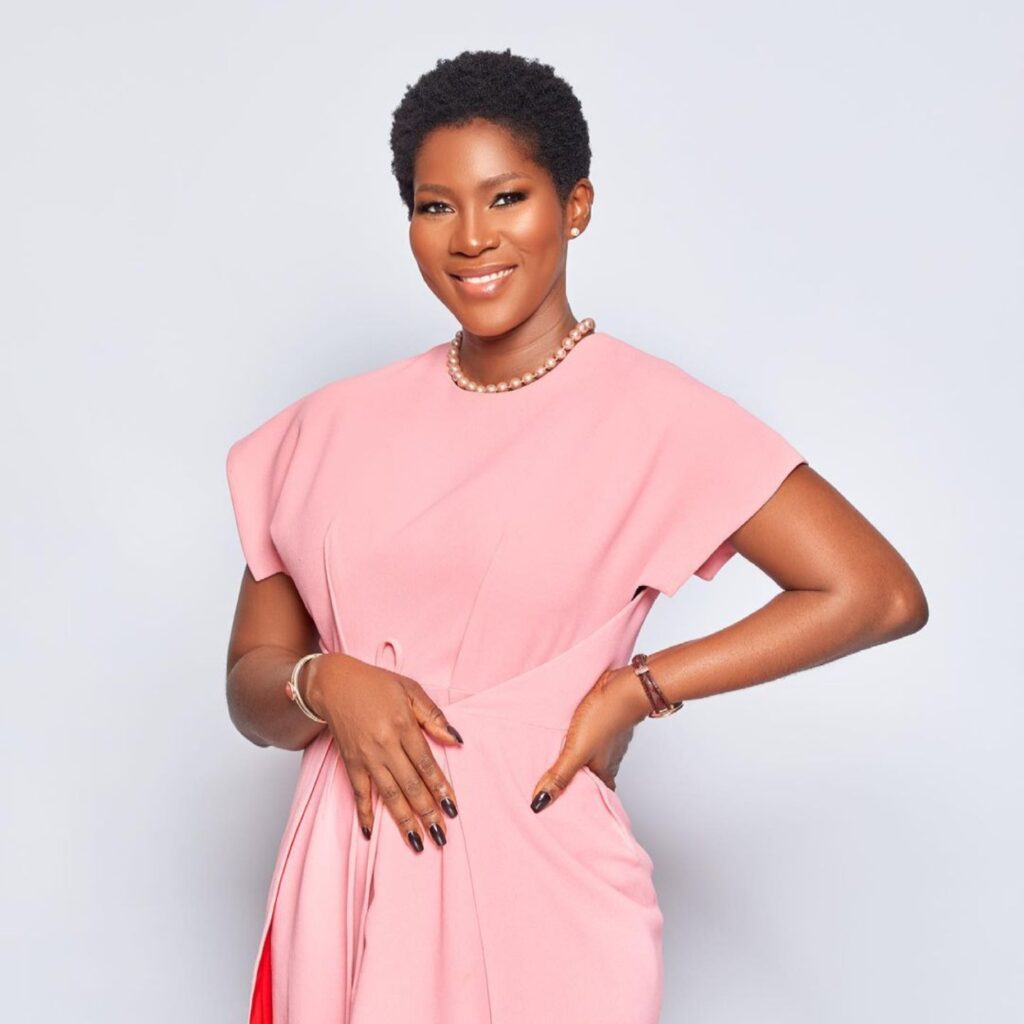 Nigerian actress Stephanie Okereke started her career in 1997 and ever since then, she has been winning. She grew from nothing and has grown to become one of the richest Nollywood actresses with an estimated net worth of about $3.2 million. If you don’t feel intimidated already by her net worth and you want to find out more about her, read further. In this post, we will be writing about Stephanie Okereke’s net worth in 2021.

Stephanie Okereke Linus was born on 2nd October 1982 in Ngor Okpala, Imo State. Her other name which you may not know is Onyekachi. She was born into a family of 8 where she is the sixth child of Mrs. Mary and Mr. Chima Okereke. Had her primary and secondary education in Delta State then she proceeded to bag a degree in English and Literacy studies at the University of Calabar, Cross-river state. She got married to Linus Idahosa in 2012 and their union is blessed with a son. Her husband is the CEO of a Del-York International, New York Film Academy representative in Nigeria. Before she got married to Idahosa, her ex-husband was the Super Eagles player Chikelue Iloenyosi who she tied the knot wedded in 2004. Eight years later a scandal was revealed, Chikelue Iloenyosi has legally married a woman in the United States already. She broke the marriage and later married Linus Idahosa in 2012.

Stephanie has always been acting since her secondary school days. She made it to the screen even while she was still in secondary school. In 1997, she starred in two popular Nollywood movies, Compromise 2 and Waterloo. Five years later, she came runner-up during the Most beautiful girl in Nigeria Pageant she contested for. The beautiful actress has since then started taking up top movie roles. In 2006, she starred in a thriller movie titled “More Than A Woman” which featured Saint Obi. “More Than A Woman” was regarded as Nollywood’s best-produced movie of all time.

In 2007, Stephanie Okereke graduated from the New York Film Academy, where she honed her movie directing skills. She directed a comedy movie titled “Through the Glass” in 2008. The skillful actress did most of the heavy lifting in the movie being the scriptwriter, producer, and one of the actresses in the movie. The film, “Through the Glass” earned an award from the Africa Movie Academy Award nomination as the Best Screenplay in 2009. She played the role of Ada, as she featured some foreign actors and actresses such as Garrett McKechnie who played Jeffery, Rainier L. Kenny (Martha), Christy Williams (Nicole), and Brion Rose (Matt).

In 2014, Stephanie released another movie titled “Dry”. She also played the role of the director, scriptwriter, producer, and actress in the movie. She played the role of “Dr. Zara”, alongside other popular actors and actresses such as Liz Benson (Matron), William McNamara (Dr. Brown), Darwin Shaw (Dr. Alex), Paul Sambo, and Olu Jacobs. The movie which was shot in Lagos, Kano, and in the United States of America won many awards at notable award events including the 12th Africa Movie Academy Awards and the 2016 Africa Magic Viewers Choice Awards for the best movie overall movie with the prize of a brand new car.

However, the same movie received various criticism. It was criticized for too much generalization, and a Nigerian writer, Daniella Madudu, also filed a court case claiming that the story-line in the film was stolen from her.

“Dry” is a true story of Dr. Zara, a successful doctor who lives in Wales, and a young 13-year-old African girl, Halima, who is about to get married. As time went on Halima fell sick and was neglected. Throughout her course, lonely Halima met with Dr. Zara and their lives changed infinitely.

In 2016, “Dry” won Best Narrative Feature at the Pan African Film & Arts Festival (PAFF). The movie also earned Stephanie a Special Recognition at the Los Angeles City council, she was recognized at the first-ever Blacks In Cinema presentations and proclamations.

Check out: OC Ukeje Biography, wife, and net worth

Throughout her career, Okereke has starred in over 100 movies both locally, and internationally. Some of the movies she has featured in include “More Than a Woman, “Through the Glass”, “Omalinze”, “Eye of the gods”, “Dry”, “Compromise”, “Emotional Crack”, “Dream Lover “, “Waterloo”, and lots more which will be too long to include in this post, but Wikipedia has them all.

Stephanie Okereke net worth is approximately $3.2 million, making her one of the richest actresses in Nigeria. She has received several notable awards and nominations as an actress, including;

She has won an award for the Most Promising Actress in Nigeria and the Best New Actress to Watch Out For at the Africa Movie Academy Awards (AMAA) and Africa Magic Viewers Choice Awards (AMVCA) during the nascent period of her acting career. She received nominations for Best Actress in a Leading Role at the Africa Movie Academy Awards in 2005, 2009, and 2010. In 2016, NAFCA also nominated her for Best Director, Best Screenplay, Best Drama Film, award. She has lots of laurels to her credit and out of her selfless heart, she reaches out to transform the lives of girls who are victims of trafficking.