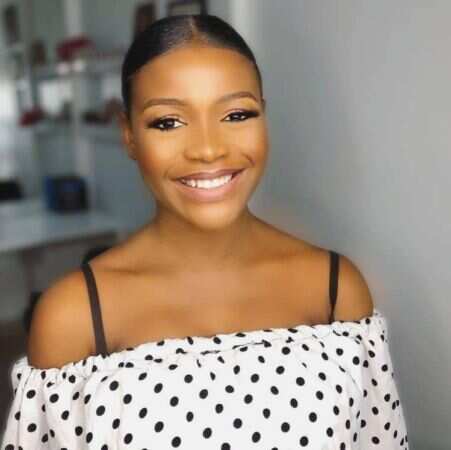 Tomi Odunsi is a popular Nigerian actress known for her role as Salewa in a popular African soap opera, Tinsel. She was born on 24th May in 1987 at Ogun State. The popular actress and entrepreneur hail from a Yoruba descent. Aside from being an actress, Tomi is a versatile songwriter and musician with several tracks to her credit. She wrote the song tracks of popular TV shows such as Moments with Mo and Urban Lounge showing MBC TV. For this piece, we will be writing about Tomi Odunsi’s biography. We will look deliberately at her early life, her net worth and every detail there is to know about her.

Tomi Odunsi Fadina was born on the 24th of May 1987 in Ogun State located in the southwestern part of Nigeria. She studied Linguistics and African Languages with a specialization in the Yoruba language, at the University of Lagos and obtained a Bachelor of Arts (B.A) degree in the course. She ended up becoming an actress and a songwriter.

The Ogun born actress and singer is married to Seun Fadina, a fitness expert. They got married in 2016 and their marriage is blessed with a son whom they had in 2020. The new mum was joyous when she celebrated her first mother’s day in 2020.

Tomi Odunsi who started acting at the age of 17 is now a popular actress, TV host singer, and songwriter. She landed her first role in a television series, Tinsel, after many auditions. She acted as Salewa in the award-winning drama series. Her career took off from the drama series as she went ahead to feature in a Nollywood movie titled Render to Caesar which starred other actors and actresses such as Wale Ojo, Omoni Oboli, Kalu Ikeagwu, and Kehinde Bankole. Tomi is also known for her feature in a documentary titled Runs: A Docudrama. Runs: A Docudrama is a drama focused on six women from different backgrounds who share their stories on student prostitution. The documentary was directed by Benedict Alli and featured other stars such as Iretiola Doyle, Stephanie Linus, Onyeka Onwenu.

Tomi being a songwriter has some music tracks to her credit. Her first single was a song titled “I wan Blow” which she released in April 2013. She performed the song at the Oriental Hotel in August 2013. She released the R&B single under the CGT (City of Great Talents) Record label which she was signed to. She has also done some track collaboration with artists such as Beverly Naya, Omawumi, and Bryan Okwara. She also has another single titled “Mama Say” to her record and an EP titled Santa Cruise. In 2013, she released sing titled Papi, where she sang about the #ChildNotBride predicament.

Other music credits to her are songs which she either produced for a TV show or a movie and they include;

Tomi also performed in some stage musical such as

She is also the CEO and founder of CGT Media Ltd. CGT Media is An African entertainment and media company. In 2015, Tomi hosted an event titled Rhythm N’ Play that was attended by Nigerian Ex-President Goodluck Jonathan. Former President Goodluck Jonathan later honored her as an ambassador on music and career alongside other artists such as Ice Prince Zamani and MI Abaga. In 2017, she was nominated for Most Promising Act to Watch by the Nigeria Entertainment Award.

Tomi Dahunsi is popular in the Nigerian movie industry, Nollywood. She is rated one of the richest and most influential with a $50,000 estimated net worth.