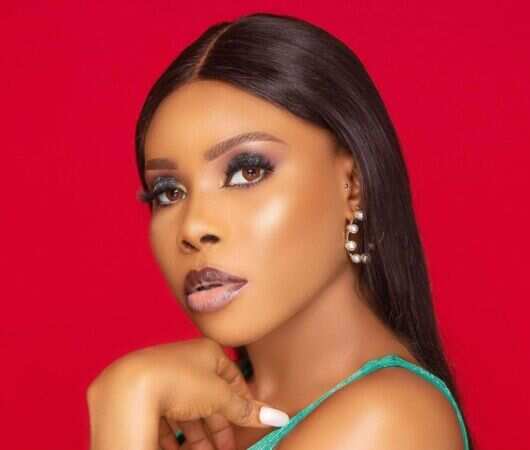 Uzor Oluchi Osimkpa is a Nigerian actress born and raised in Lagos State, Nigeria. Aside from being an actress, she is a renowned writer, show presenter, and entrepreneur. The vibrant actress is known for her roles in various popular television series such as “Hustle”. She starred in Hustle alongside Seun Ajayi and Deborah Anugwa. In 2004, She made her first movie appearance in a movie titled “Shallow Waters”. This article is dedicated to covering everything about Uzo Osimkpa’s biography. It will include her career, relationship status if she’s into any, and her net worth.

Uzoma Oluchi Osimkpa was born on February 15. The single actress is the second child of four children born and raised in Lagos. Her full name is Uzoma Oluchi Osimkpa. Her name Uzoma is often written as Uzor. After surviving a near-death accident in 2016, she lost her father in 2018. She grew up to study Education economics at Abia state university. She completed her NYSC program in 2007 having served in Kaduna.  According to her, she became an actress because it is her calling and her destiny.

Uzor Osimkpa started her acting career with a few stage performances in 2000. Some of her stage performances which are to her credit include; “Olurombi: The Musical”, and “Rubiewe”. The later is an African stage drama with an adaptation of Walt Disney’s Beauty and the Beast. She made her television debut in 2004 in the movie titled “shallow waters”. In 2005, she featured in a BBC World Service Trust sponsored test series titled “Wetin Dey”. She worked with M-net, a South African pay television channel, in some movie projects in 2005. In 2008, she secured a job with True Tales communications where she rose to become Head of Media.
She recorded successes with various directors and movie producers who were convinced of her talent. In 2015, Uzor acted in a movie titled Fifty and she also played a major role in other movies such as Omambala and Kpians: The Feast of Souls.

Uzor is known for her role as Adaku in the Television series, “Do Good” and for her role as Uzor in another TV series “Hustle”. She featured in one of Africa’s biggest drama series titled Tinsel. Osimkpa is a talented actress known to easily interpret any given role. Other movies which she has featured in include;

Uzor Osimkpa participated in the 2012 Gulder ultimate search where she came fifth. She was evicted from the show for removing the Stump of Shame from her leg while serving punishment for coming last in the Wave Your Flag challenge. She received a nomination for Best Upcoming Actress in an English film during the City People Movie Award, 2017. She became part of the Moet and Chandon, a champagnes brand in 2019

Being one of the most successful actresses in the Nigerian movie industry, Uzor Osimpkpa’s net worth is an estimated $50,000.